Real Estate Market After the Crises – What Awaits Us? 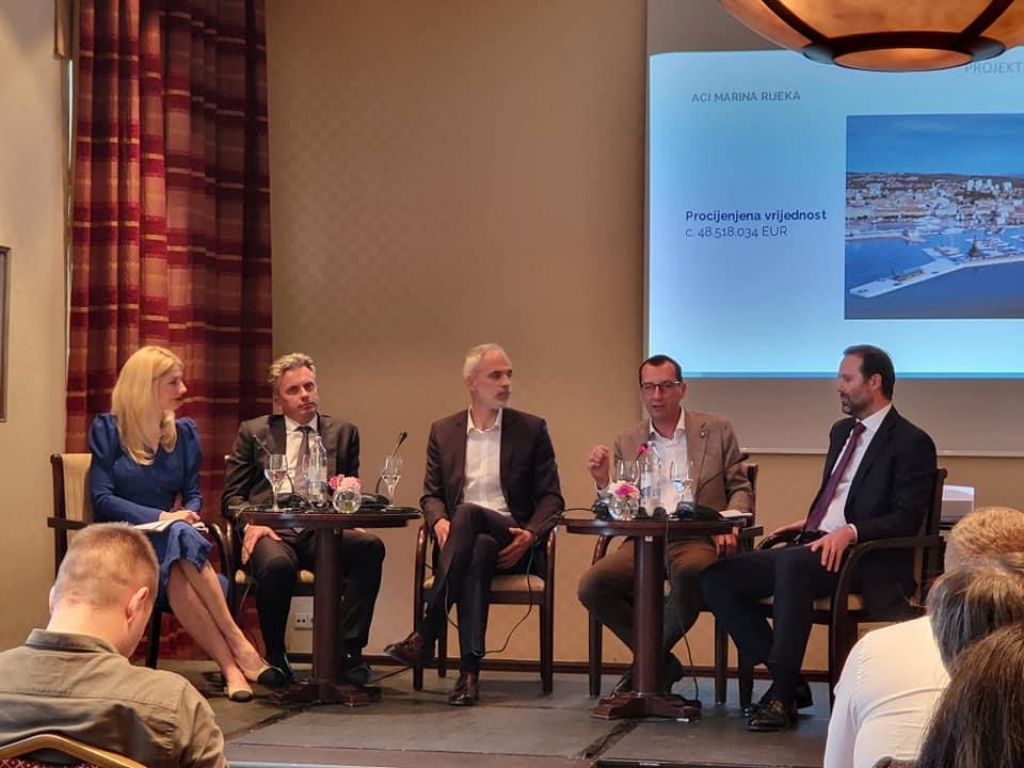 (Photo: Filipović savjetovanje)
Mia Zecevic, Novaston: Last year, even with Covid-19, ended with a positive volume of investments in the SEE region, whereas the main problems are the occurrence of bottlenecks in supply, the increase of the prices of energy and secondary raw materials, mostly due to the Russian-Ukrainian war. The leading players in the market are Serbia, Croatia and Bulgaria, and then also Slovenia.

The coronavirus pandemic briefly slowed down the development of the real estate industry in the whole region. Although it didn’t seem so at the beginning of the crisis, the real estate market soon showed a strong resistance and the ability to adapt and recover, it was estimated at the panel “Real Estate Market of Southeast Europe After the Crisis” at the 17th annual Real Estate Development International Conference, held in Zagreb. The moderator of this panel was Mia Zecevic, the CEO of Novaston platform, a leading company in the field of real estate management in Serbia, which is positioning at a rapid pace in the sectors of retail, office space and hotel management in the country and the region, especially in Croatia, primarily through projects in Rijeka and Opatija.

Mia Zecevic pointed out that the year 2021, despite Covid-19, had ended with a positive volume of investments in the SEE region, whereas the main problems were the occurrence of bottlenecks in supply, the increase in the price of energy and secondary raw materials, mostly due to the Russian-Ukrainian war. She reminded that, in March, the new crisis had led to an inflation which had reached its 40-year peak and that the biggest challenge would be to work on stabilization and its reduction. 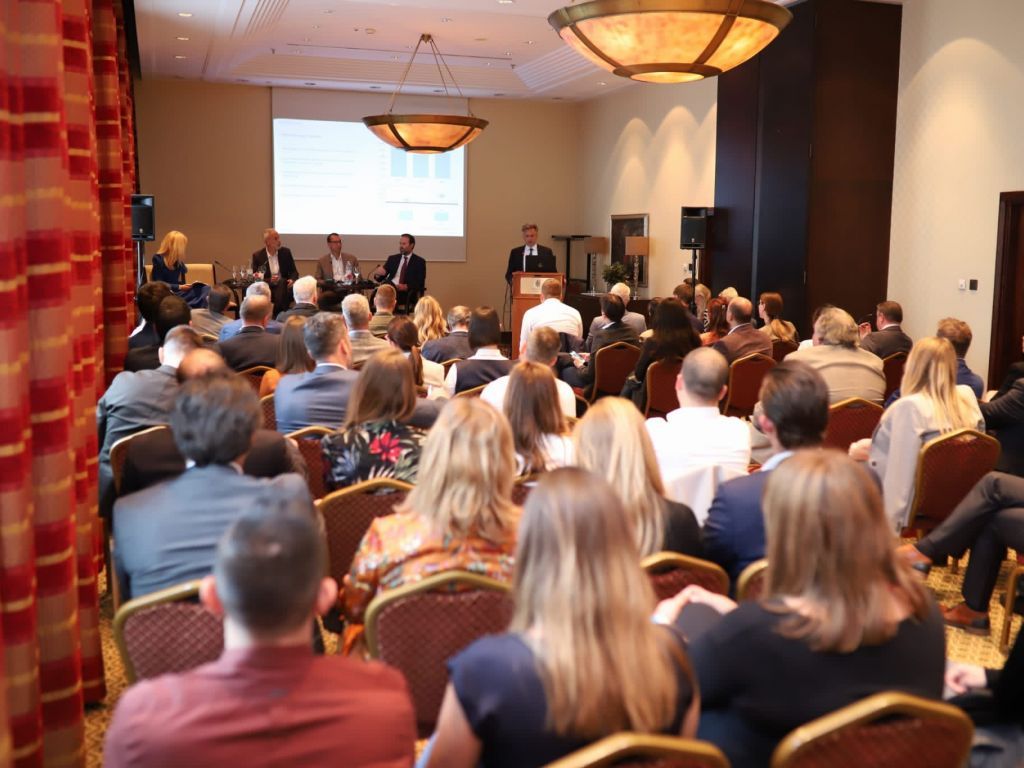 (Photo: Filipović savjetovanje)
On the other hand, Nebojsa Nesovanovic, Head of Valuation SEE at CBRE, estimated that the similarity of both crises (the pandemic and the war in Ukraine) was visible through the lower economic growth, but also the growth of public investments (with the pandemic, it was investments in healthcare, and now in arming).

– In addition to these similarities, there are still important differences as well. During Covid-19, operating problems occurred – employees did not go to offices, some shopping centers had to close, whereas others shortened their work hours, and in that period we had a very stable, even low, inflation. Now, with the crisis in Ukraine, the problems are no longer of the operating nature, but rather financial. We currently have a very serious inflation, which raises construction costs, operating costs and leads FED and the European Central Bank to change their monetary policies – Nesovanovic pointed out.

The mayor of Rijeka, Marko Filipovic, said that history taught us that the world went through crises all the time and that Croatia should use its comparative advantages. He estimated that the perspective lied in turning to the European economy, because Croatia was to implement the euro on January 1, 2023, and become a member of the Schengen system. As he said, tourism is recovering, as shown by the data that Rijeka recorded 14% more overnight stays in the first four months of this year than in the record-setting year of 2019.

– My mandate is to change the face of the city in these four years. A lot is invested in tourism capacities, and many world companies have recognized our city as a place with a potential for investments. We have plenty of projects, among which the “Zapadna Zabica Complex” is important, that is, a new bus station in our city, as well as the development of the marina, the oldest part of our port. Certainly, the “Rijeka Waterfront” project is crucial for the development of this area, a large and awarded project of the best Croatian architectural studios, which encompasses the size of nearly the entire city center – Filipovic said. 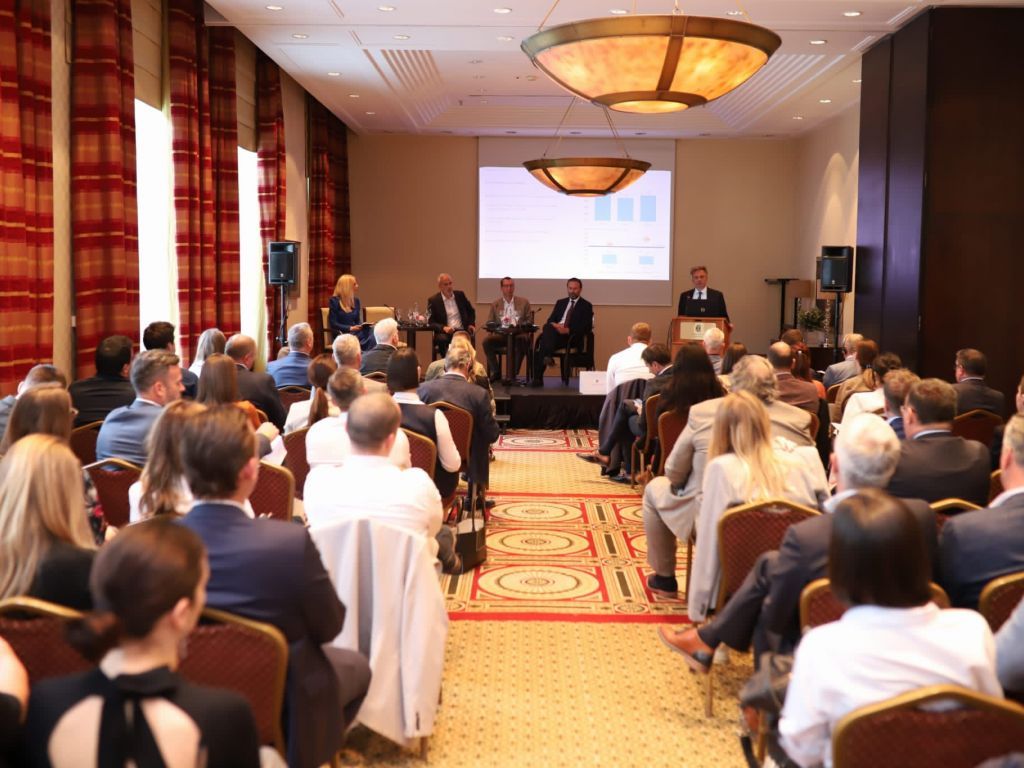 (Photo: Filipović savjetovanje)
The CEO of Remington Realty – Christie’s International Real Estate Croatia, Ivan Kovacic, believes that, when it comes to luxury real estate, the situation is much better than three years ago, when they were making the decision about the arrival of the prestigious Christie’s brand to the region. According to him, the post-pandemic period brings an increase in the demand for real estate in the upper medium and luxury, and even superluxury, segments on the Adriatic coast, which also influences the price per square meter. The nature highlights, the geographic position (the coast closest to Central Europe), the security and the competitive prices compared to other prominent vacation destinations in Europe and the world are the main advantages that Croatia should use in order to more intensively develop as a premium destination.

Talking about the challenges of the crises to big business systems, the CEO of MK Group, Mihailo Jankovic, pointed out that only those companies that adapted fast to new circumstances were successful. That is why MK group is developing as an agile and flexible investment company.

– Such organization enables efficient management and the making of new investments, the creation and development of sustainable businesses focused on profitability, as well as the optimization of all business processes. We use the experience and knowledge that we have accumulated over time to easily recognize good opportunities for growth and expansion in the market and to react quickly – stated Jankovic. According to him, MK Group continuously considers new space for further investments, so it is always working on investment projects, worth EUR 500 million.

– Despite the crises, the real estate sector is recording not just a recovery, but also new development opportunities – concluded Mia Zecevic. As a company that is always looking to the future, predicting trends, Novaston platform, which is among the leading real estate managers, with operations in hotel management, office space and logistics, believes that it is precisely the Istria region, like the capital cities of the countries of the region, that will go through a revitalization in the next five years through the realization of new projects, challenging in these times.