Marko Popovic, Office Manager of Port of Bar – AD Port of Adria is a Reliable Partner in Uncertain Times 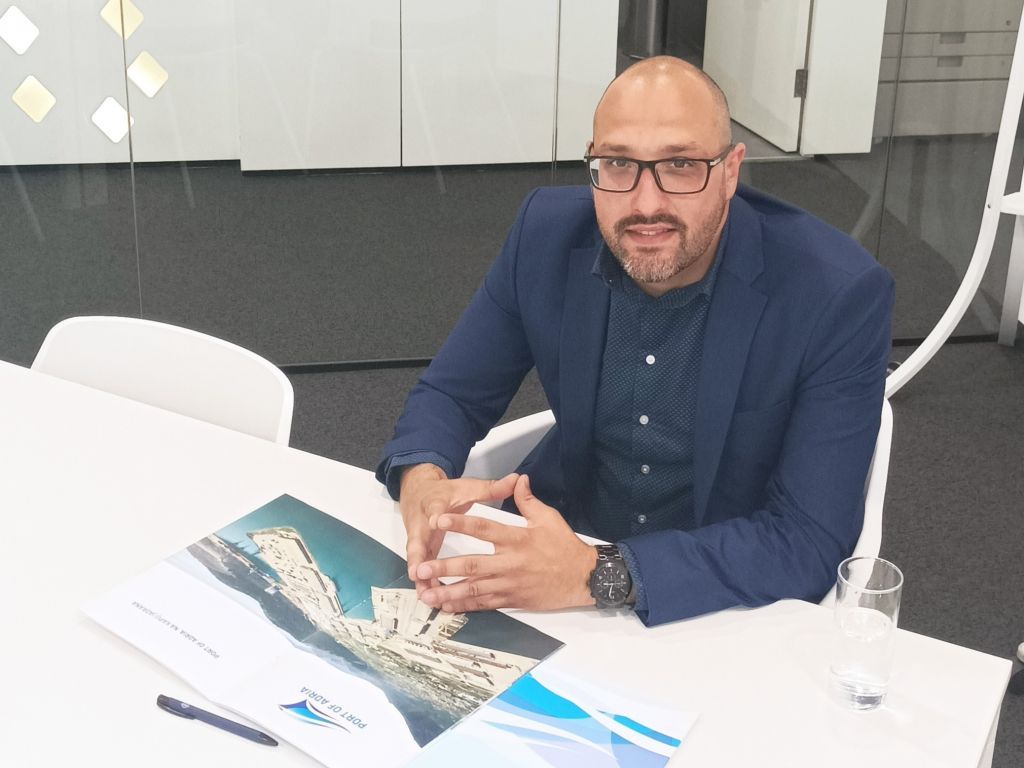 Marko Popovic
It is still difficult to take an overview of the negative effects and consequences caused by the Covid-19 pandemic in the world and sum them up. The high inflation rate, the exponential price growth, the lack of basic raw materials and energy sources are only part of everyday challenges and topics in the past two and a half years. The situation in Ukraine has only further complicated things, additionally deepened the global crisis and led to an increase in unpredictability and uncertainty.

The global crisis has brought to the fore all the flaws and limitation of the global logistics and supply chains, so the lack of transport capacities, limits of the main transport routes, a big disbalance between the goods supply and demand, as well as the multiple increase of transit times on the one hand and transport costs on the other, have become a new part of everyday life.

Maritime ports, as vital and inevitable hubs of each supply chain, are under an extremely high pressure, caused by uneven waves of the increase in the volume of cargo reloading, the lack of storage and reloading capacities and the limited throughput, which have as their consequence a considerable extension of the duration of operations with goods, or the inability of the realization of the planned and contracted jobs.

It seems that today, more than ever, the choice of a reliable and secure partner is more important than ever. We discussed this topic with Marko Popovic, the manager of the Serbian office of the Bar port, AD Port of Adria. 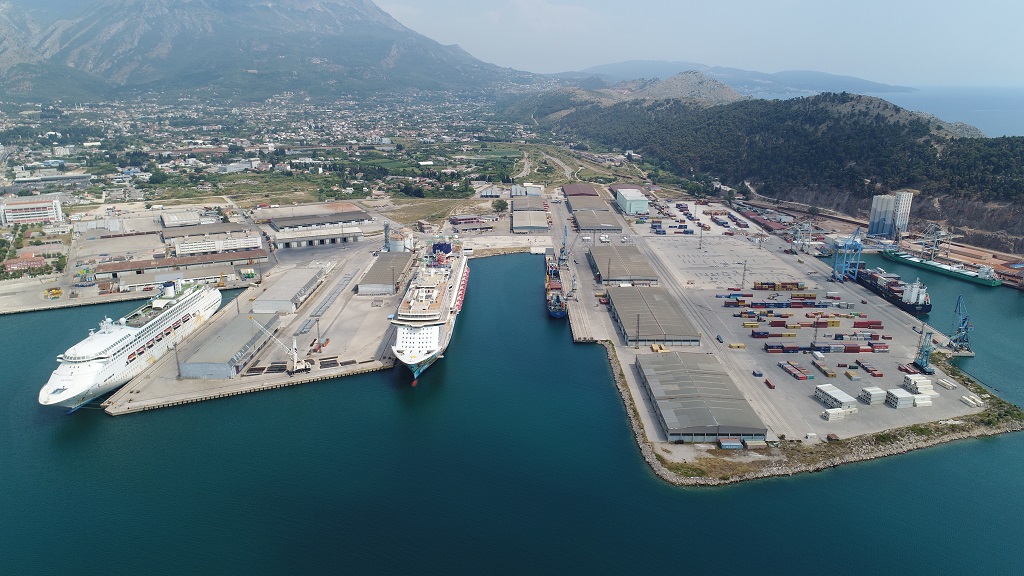 (Photo: Marketing PoA)
AD Port of Adria Bar has recently established its office in Belgrade, meant for the Serbian market?

– Observed in terms of strategy, history and development, Serbia is the “backbone” of the operations of the entire port are in Bar. In a wider context, from the moment of the establishment, arrival and reloading of the first ships, the port of Bar has been planned and built precisely on the basis of the economic potentials of Serbia and its core region, which makes Serbia the main gravitational market of this port. The aim of Port of Adria is to foster and improve the relations with its most important, natural and traditional partner. As one of the rare ports on which the market of Serbia relies in the wider region, with a direct representation in Serbia, Port of Adria wants to be even closer to its partners, better understand their needs and offer a stable and secure service, harmonized with their priorities, which is what’s most important today.

What are the advantages of AD Port of Adria compared to the other ports that the market of Serbia relies on?

The advantages of AD Port of Adria can be divided into two categories:

– traditional advantages, which are the geographic position (the port of Bar is located at the very entrance to the Adriatic Sea, 976 Nm from the Suez Canal and 1,190 Nm from Gibraltar and is the closest connection of the market of Serbia and the core region with the Adriatic Sea and the Mediterranean) and the infrastructure (road and rail connection with the main hinterland). Compared to the ports of the north Adriatic, the transit sail times (that is, the total transit times for the goods), depending on the “routing” of boat transporters, the number of the ports involved and the time needed for loading and unloading, can be considerably shorter.

– and the advantages of the port which have become especially important in the Covid era, such as the short waiting times for the docking of ships, the duration of the operations of the loading and unloading of the cargo, as the storage and reloading capacities that the Port of Adria has. In addition to the great overloading at the other ports on the main routes that the market of Serbia uses, there’s also the great overloading of rail transport routes towards the same, which is becoming an increasingly serious problem for the local supply chain, and which is, to a large extent, an advantage of the Port of Adria, that is, the logistics route to Bar. By using this route, it is possible to considerably shorten the transit time and increase the stability. 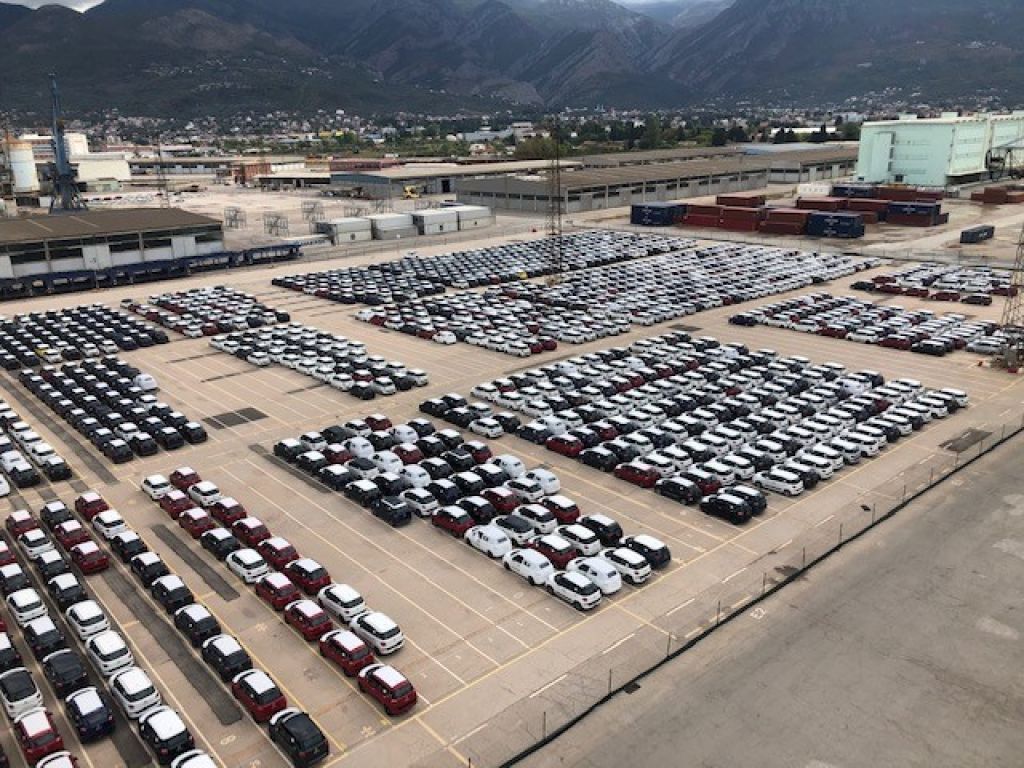 How can AD Port of Adria contribute to the stability of the supply chain for the market of Serbia?

– Port of Adria carries out the activities of reloading and storage of containers and all kinds of general cargos, on a total area of 52 ha, of a wholly integrated infrastructure. All activities are done through five rounded, fully equipped technological units: container terminal, general cargo terminal, Ro Ro terminal, wood terminal and cruise ship terminal, on a total of nine docks. All docks allow for a simultaneous docking of various types of ships, with an allowed draught of up to 11 meters. 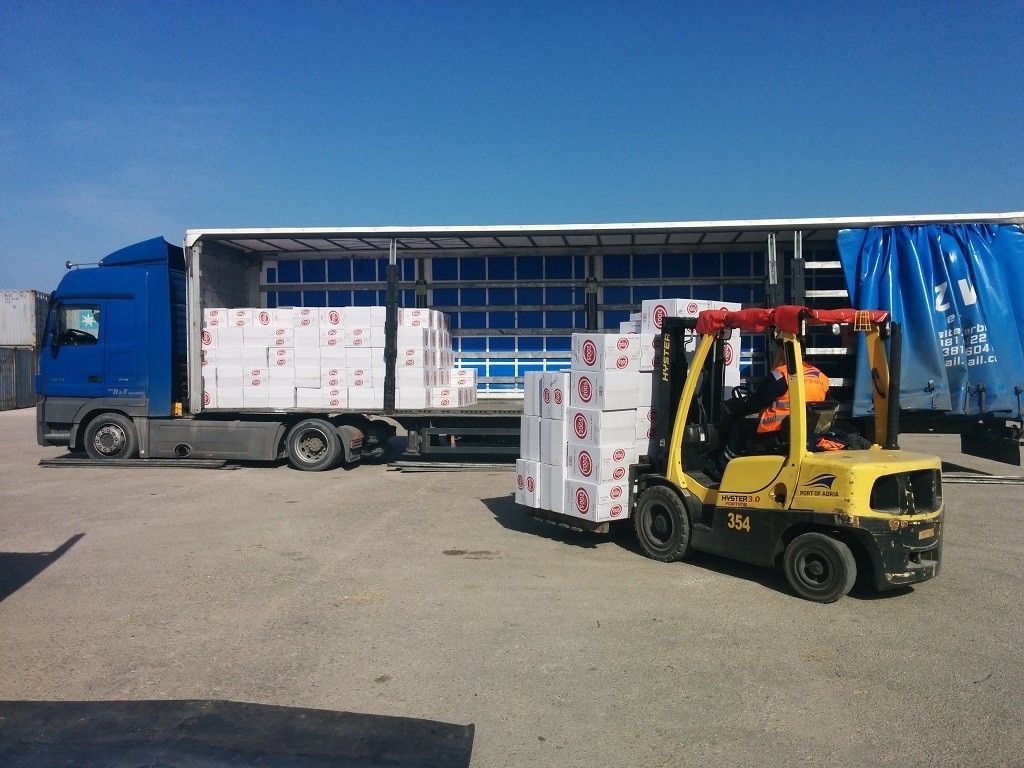 (Photo: Marketing PoA)
Port of Adria is a member of Global Ports Holding, which has, since the process of privatization, invested more than EUR 28 million in the development of the operation of this terminal operator in Bar. A new information system has been implemented, which fully automates processes within the port and the external connected systems. The procurement of the mechanization devices (forklifts, tow vehicles, trailers, mobile hoists) has been done, the structure of the coast of the container terminal has been repaired and strengthened, a new Ro Ro platform has been established, a station for refrigerated containers with over 200 connections, with the international standards ISO 9001, 14001 and 45001 implemented, has been built. With the procurement of the new STSG container crane and an 80-ton mobile hoist for the reloading of containers and general cargos, the productivity of the operations at container ships (the number of container movements) has been raised considerably. The time of the ships staying at the port has thereby been additionally reduced, which is especially important to everybody today. The port is equipped with forklifts with a load-bearing capacity of 3 to 45 tons and offers to the market a wide range of reloading services, the filling and emptying of containers, additional operations (PTI, washing, cleaning, repair of containers, weighing, palletization of goods etc.). The entire area of AD Port of Adria is covered by video cameras, which ensures a high degree of security for the goods. Also, the entire area of the port of Bar has a high development and investment potential.

Timber is given a special treatment at the port? 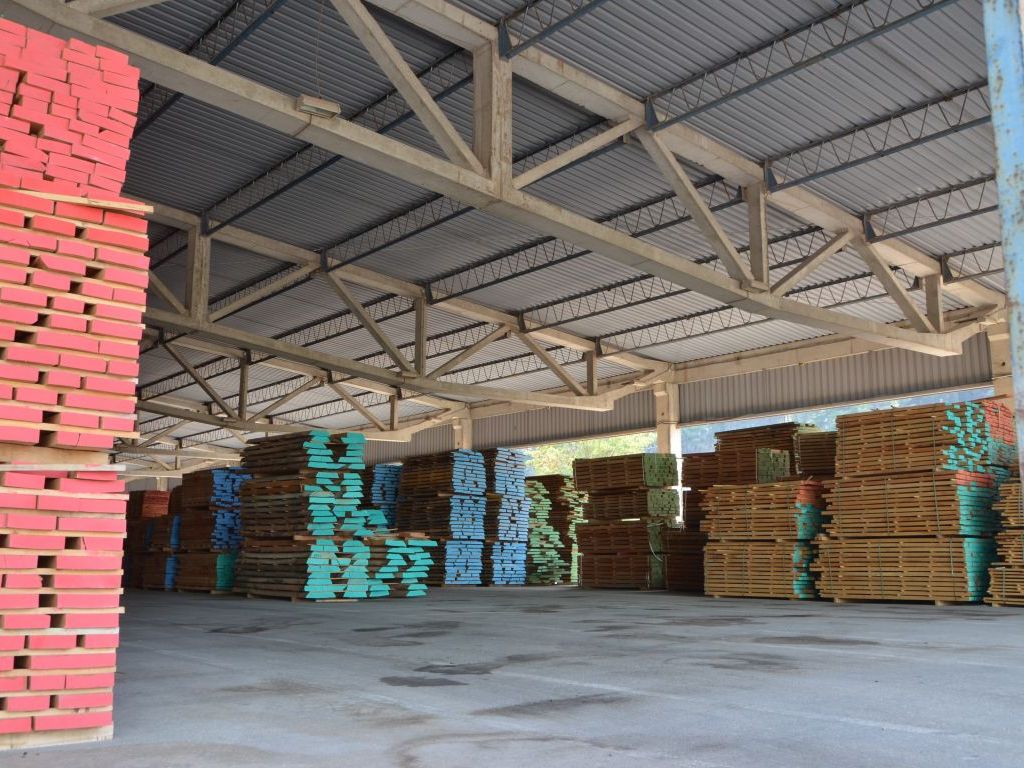 What makes AD Port of Adria and Bar important to the market of Serbia?

– For each country, a link to the sea and a sea exit is a strategic issue. In that context, the development and the strengthening of ties with as many ports as possible, and the strengthening of logistics capacities is one of the main economic priorities. Bar is traditionally a strong connection point with the hinterland, whereas, with its potentials, AD Port of Adria has the ability to respond to the growing demands of the market of Serbia, which has been experiencing a boom in the past years. A stable and continuous use of this direction additionally influences the improvement of the overall quality of logistics in the market of Serbia and additionally increases the stability of the supply chain itself.

What is the current connection of AD Port of Adria with the market of Serbia like?

– The rail infrastructure from the border of Serbia with Montenegro to the port of Bar is in a good condition and it is currently the route with the lowest degree of overloading compared to other routes to Serbia. The railway is fully electrified, and the same pertains to the entire Belgrade-Bar route, including the rail infrastructure through Serbia and Montenegro. The biggest challenge on this route are the steep inclines of the railway and the considerably lower capacity of the goods that can be transported per train, and which is the consequence of the quality of towed vehicles through Montenegro. If we also take into consideration that the market of Montenegro is opening to private operators (several rail operators are in the process of licensing in Montenegro), a considerable increase of the towing capacities, the overall quality and up to 30% potential increase of capacity per train, is expected very soon. Also, at the border checkpoint Bijelo Polje, the rail border crossings of Serbia and Montenegro will be unified, which will eventually increase the quality and the speed of all the operations and reduce transit times.

Even with all the challenges in the past period, AD Port of Adria is connected by a regular rail intermodal service with Belgrade (Nelt terminal), which operates once a week. The service has been active in the past two years, organized by our partner GEFCO Srbija.

As for the road infrastructure, for example, Bar is the closest maritime port for Belgrade. A big problem is that the main economic centers in Serbia are not connected by highway with Bar. This year, we expect the opening of the priority first section of the Bar-Boljare highway through Montenegro, which, together with the Belgrade-Cacak section of the Milos Veliki highway, which has opened to traffic, will considerably improve the quality and shorten the travel times. Considering the speed of the development of the road infrastructure in Serbia, the completion of the project of the Milos Veliki highway, and the investment plans of Montenegro regarding the Bar-Boljare section, we believe that the full route will be entirely active in a few years, which will considerably contribute to the full development, increase of capacities and throughput and the reduction of travel times. 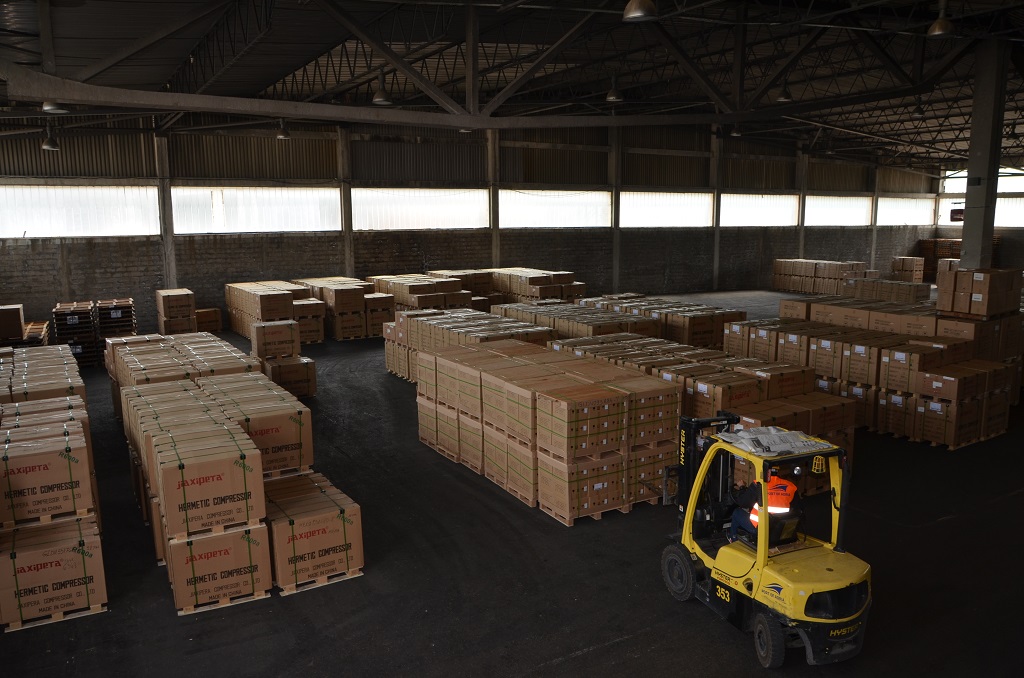 (Photo: Marketing PoA)
To what extent does the market recognize the potential of AD Port of Adria already?

– We are proud of the progress realized in the period following the privatization and the degree of the upgrade of the utilization of port capacities achieved so far. Our strategic partners with which we have been cooperating for years in the market of Serbia, and which have recognized our quality, are HBiS Group Smederevo, Gorenje - Hisense Valjevo, Impol Seval Sevojno, FIAT Kragujevac, Philip Morris, Coca-Cola HBC Srbija, HEINEKEN Srbija, Agromarket Kragujevac, ZiJin Bor...

Logistics companies from Serbia are also present and are regular users of the services of Port of Adria, namely, Milsped, Agent Plus, Transfera, cargo-partner, DHL, Kuhne+Nagel, Gefco...

The key values of Port of Adria, along with the future changes of the infrastructural logistics corridors of the region, primarily the Bar-Belgrade highway, create an opportunity for development and prosperity when it comes to the operations of logistics companies and goods flows toward Bar.

We are convinced that, through mutual trust and continuous development of cooperation, Port of Adria will provide to the market of Serbia not just a good alternative, but also the basis for the development of a distribution network for the core and wider region, with a secure and stable transport route.