Vojvodina Gets Fast Railway, While Old Railways Are Being Scrapped – Are the Possibilities for the Renewal of a Once Developed Rail Network Being Removed in Backa and Banat? 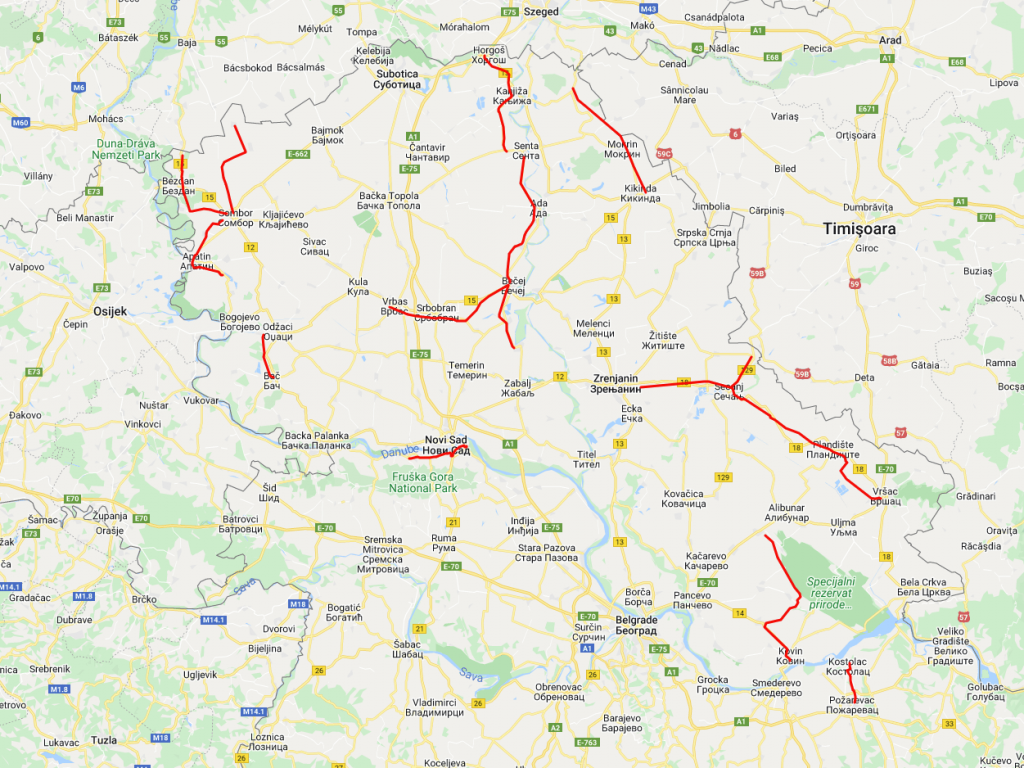 The railways which are being permanently removed
From Saturday, when the “Soko” train “flew” from Belgrade and the Belgrade-Novi Sad section within the future fast railway between Belgrade and Novi Sad officially opened for traffic, we have not stopped admiring the super-fast train. The tickets are selling in droves, the passengers do not hide their delight with the impressive speed of 200 km/h. Also, everything is possible on the train – you can bring in bicycles, dogs, have a coffee or a snack. Most importantly – you can get to Novi Sad in 30 something minutes.

Nearly simultaneously, but in fact, 12 days earlier, less than 200 kilometers to the north, without ceremony or officials, at the Senta railway station, the works on the disassembly of 435 kilometers of old railways in 26 municipalities in Serbia began. These are railways which have not been used for years or even decades – however, the possibility of their reconstruction was never excluded.

Some towns in Vojvodina, such as Apatin, Kovin and Becej, will thereby be permanently left without a rail connection. Trains, not super-fast, but any trains, will no longer operate on the Zrenjanin-Vrsac and Sombor-Apatin railways either, according to what has been said recently, namely, “that the local self-government will be able to use the land formerly taken up by the railroads”. To make matters even more confusing, the planning documents that are currently being adopted – envisage the keeping of those railways. What is true and who is right? Those are the questions that we’ve tried to find answers to these days, armed with some basic knowledge about the functioning and the importance of the railway for the development of a European country, unlike the majority of the public in Serbia, which has known only about road transport for decades now.

Could some of those railways have been reconstructed? Does it make sense to permanently remove the railways which lean on the Belgrade-Novi Sad-Subotica railway? Should Apatin, which has a port on the Danube, be left without a railway connection. Is Europe removing the regional railways between important centers such as Vrsac and Zrenjanin? In the time of the green agenda, how can the cancelation of rail traffic be explained when it has an ecological advantage over all other forms of transport?

We asked many – and got an answer here and there.

There are many questions and even more dilemmas. But, for those in charge, the answer could be summed up in one sentence – the removal of the railways had to happen, because they have not been in use for a long time. In two sentences – the land from which the railways are removed can be used for the construction of new roads, sports features, bicycle or trim tracks and other purposes.

That’s what the Ministry of Construction, Transport and Infrastructure told eKapija. They point out that, at the Senta railway station, on the Senta-Kanjiza railway, the works on the disassembly of 435 kilometers of old railways in Serbia, which haven’t been used for decades, have begun. The removal of 17 kilometers of the Senta-Kanjiza railway, which, they remind, was closed for rail traffic back in 1978, is envisaged. At the same time, they add, the disassembly of 14.3 kilometers of the Petrovaradin-Beocin railway, which hasn’t been operational since 2007, is beginning.

– These works mark the beginning of the big campaign of the Serbian Railways Infrastructure, which envisages the disassembly of old tracks and railway infrastructure at 15 local railways in Serbia, and it will be realized over the next two years. Of that, nearly 400 kilometers are old railways that haven’t been used in a long time, and they are located in Vojvodina. On some of these railways, trains haven’t been operating for over forty years – the ministry points out.

When asked whether there is a feasibility study, or an expert analysis or study based on which it was concluded that neither of those railways has any future perspective, they do not answer. But they are sure that no repairs are justified.

– These are railways whose functioning and maintenance were in no way cost-effective, and any new investments or repairs are not justified in either economic of transportation terms. In the past decades, there have been several attempts to do this big job and solve the problem of old railways in Serbia, but they all ended unsuccessfully – the ministry notes. 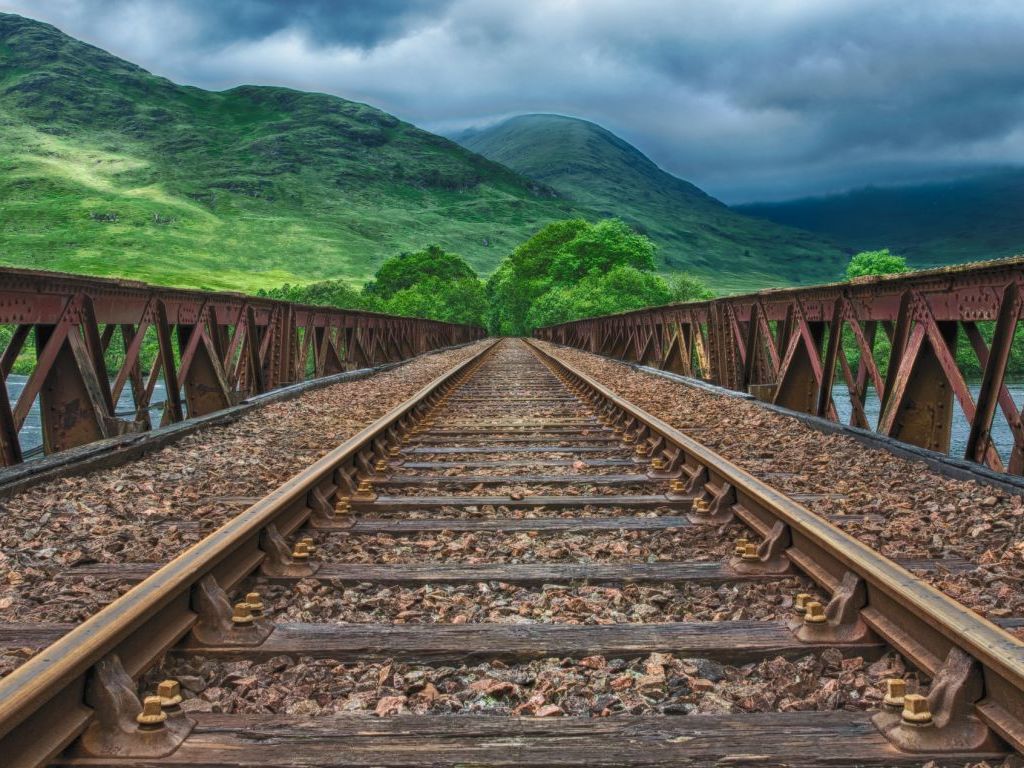 590 hectares of land freed – who profits?

The old railways served for practically nothing, except to take up rail land and land of the local self-governments, is the answer we got several days ago from the Serbian Railways Infrastructure as well. And the benefit, according to this company, will be felt by all – both the local self-governments, which will be able to build commercial and sports features on the freed 590 hectares of land, and the Serbian Railways Infrastructure, which will earn around RSD 300 million by selling secondary raw materials, and the estimate is that there will be around 25,000 tons. A win-win situation, it seems. Is it, really, though? The ministry has no doubt that it is.

– By disassembling and removing old rail infrastructure capacities which have not been in use for a long time now, the Serbian Railways Infrastructure will free around 590 hectares of land in the infrastructural and railway belt in 26 municipalities in Serbia, which the local self-governments will be able to use for a variety of purposes, in line with their needs. The land from which the tracks are to be removed can therefore be used for the construction of new roads, sports features, bicycle or trim tracks and other purposes, and the conditions for a better and easier traffic connection and infrastructural development of these local self-governments will be met as well – the ministry explains.

What does the Spatial Plan say and why are the local self-governments silent?

While the railways are being removed, however, the current Draft Spatial Plan of the Autonomous Province of Vojvodina for 2021-2035 envisages practically the exact opposite!

As said, “the cities-large traffic hubs, where it is possible and necessary to implement light rail systems and an integration of transportation forms are: Novi Sad, Subotica, Pancevo, Zrenjanin, Apatin, Sombor, Sremska Mitrovica and Kikinda”.

And it is precisely on some of those lines that a permanent removal of railways is planned. What makes the situation even more interesting, among the activities that the plan envisages is “the renewal of the canceled – disassembled railways in line with the developmental needs of the local self-governments”. However, the majority of the local self-governments that the eKapija portal has contacted about this is silent. This includes Novi Sad, a city which, if it were in Hungary or Romania, not to mention even more developed countries, would have both tram and trolley lines. And there would be a suburban railway line to Beocin. That railway, as we said, is going to be canceled.

Take a look at those railways on our INFO MAP.

It is very good for the people of Subotica that they will be able to come to Novi Sad in less than an hour once the new railway to the Hungarian border is finished: it is good for the workforce, for business, for students, pupils, for everybody. Zrenjanin, however, is not that much smaller than Subotica, and it is even more oriented to Novi Sad, so said Draft Spatial Plan of Vojvodina logically envisages the construction of a direct regional railway between the two cities, which requires only slightly over 20 kilometers of the route, along with the bridge on the Tisa. This has been in the plan for a long time, and it would enable the people of Zrenjanin to commute, go to medical checks or travel to the faculty quickly and cheaply – by train. And if the Zrenjanin-Vrsac railway were not permanently removed, but renewed instead, there would be a direct and efficient connection from Novi Sad all the way to Bela Crkva. That is exactly what people there need. 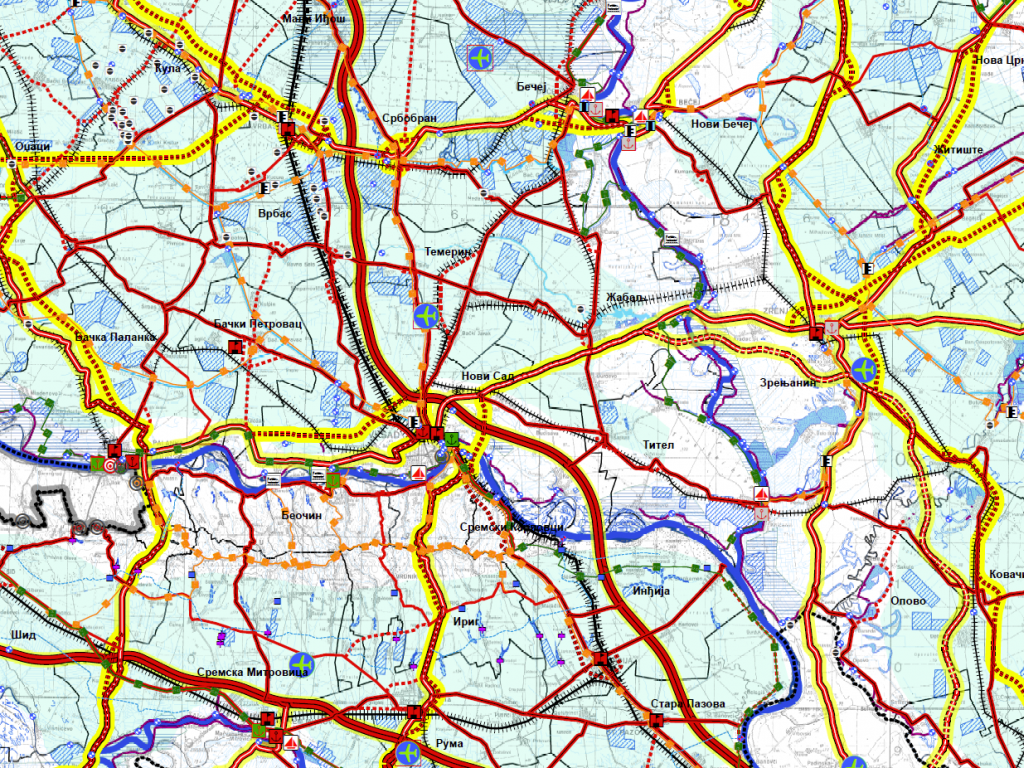 A detail from the current Draft Spatial Plan of AP Vojvodina, which shows not just some of the railways that are permanently removed, but also the planned Novi Sad-Zrenjanin railway! (Photo: AP Vojvodina)
Only slightly to the north, if Novi Becej and Stari Becej were connected by railway, while also reconstructing, and not permanently removing, the railway from Vrbas to Becej, the route (Belgrade-)Novi Sad-Vrbas-Srbobran-Becej-Novi Becej-Kikinda… would be realistic as well… Banat would be enlivened, just like Backa will be thanks to the fast railway. And Banat is indeed far behind… What’s more, these are not big investments, especially compared to some that are being realized.

Long ago, Apatin had a direct rail connection with Belgrade, through Sombor and Novi Sad. Why not again?

We asked all these questions – there was no answer…