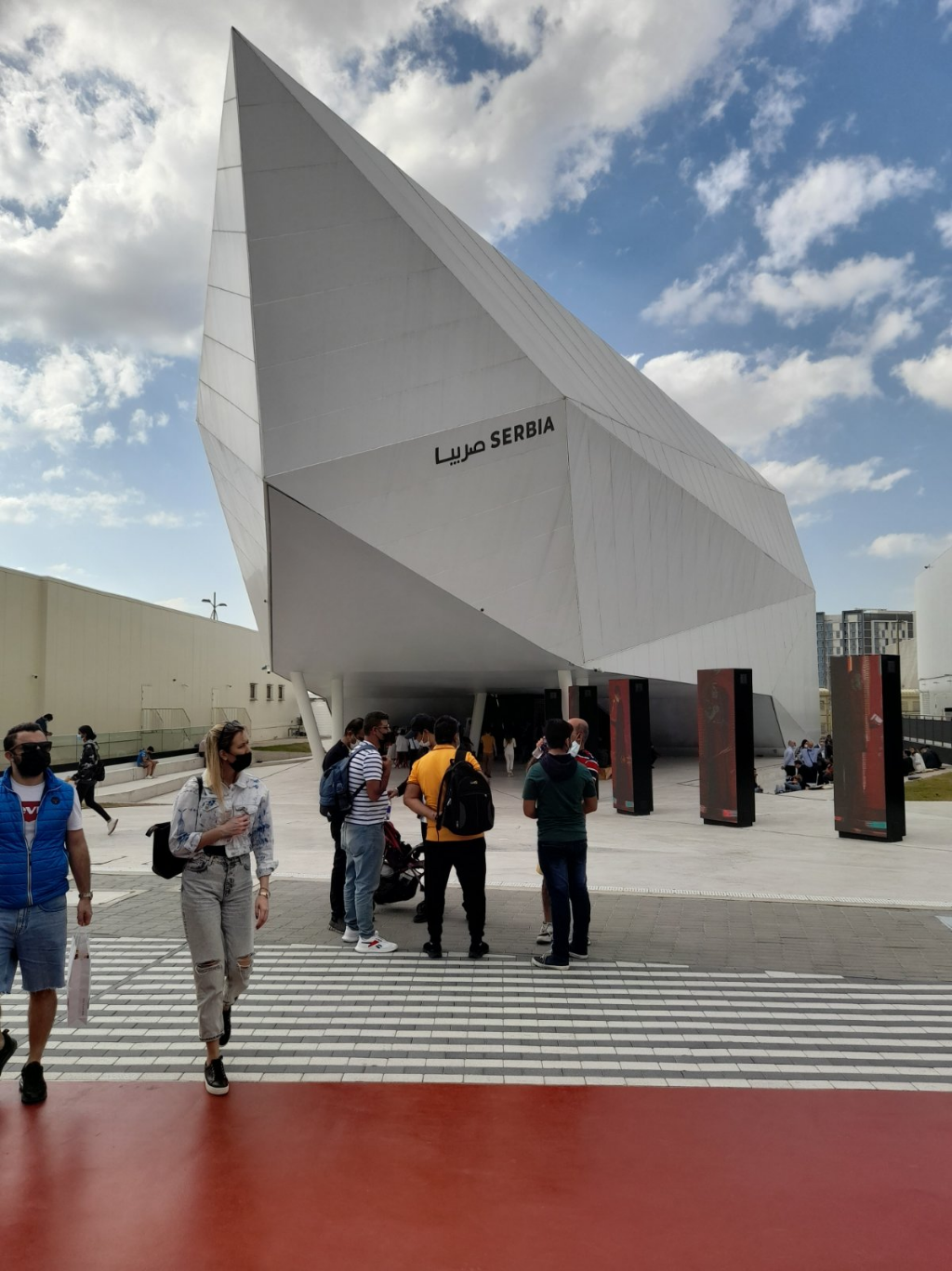 Serbia Pavilion in Dubai (Photo: Mirko Radonjić)
The Office for Information Technologies and eGovernment of the Government of Serbia yesterday in Dubai signed the Memorandum of Understanding with Group 42 (G42), a company from the United Arab Emirates, which envisages cooperation in the field of artificial intelligence and its faster development in Serbia.

The document was signed by the director of the Office for IT and eGovernment, Mihailo Jovanovic, and the CEO of G42 “Cloud Technology”, Talal Al Kaissi, at the investment conference held as part of the celebration of the Statehood Day of Serbia.

Jovanovic said that G42, headquartered in Abu Dhabi, was one of the world’s leading companies in the fields of artificial intelligence and cloud computing.

– We have made the first step and now we will form teams and we expect a concrete commercial contract with G42 in the next several months – he said and added that, in the upcoming period, there would be joint efforts toward the development of artificial intelligence, especially in the sectors of healthcare, economy and finance.

According to him, this memorandum of understanding is a good foundation for a potential investment in hybrid cloud infrastructure, which would be located at the State Data Center in Kragujevac.

He emphasized that Serbia had been recognized as a country which develops AI and a regional leader, as announced on the website of the Government of Serbia.