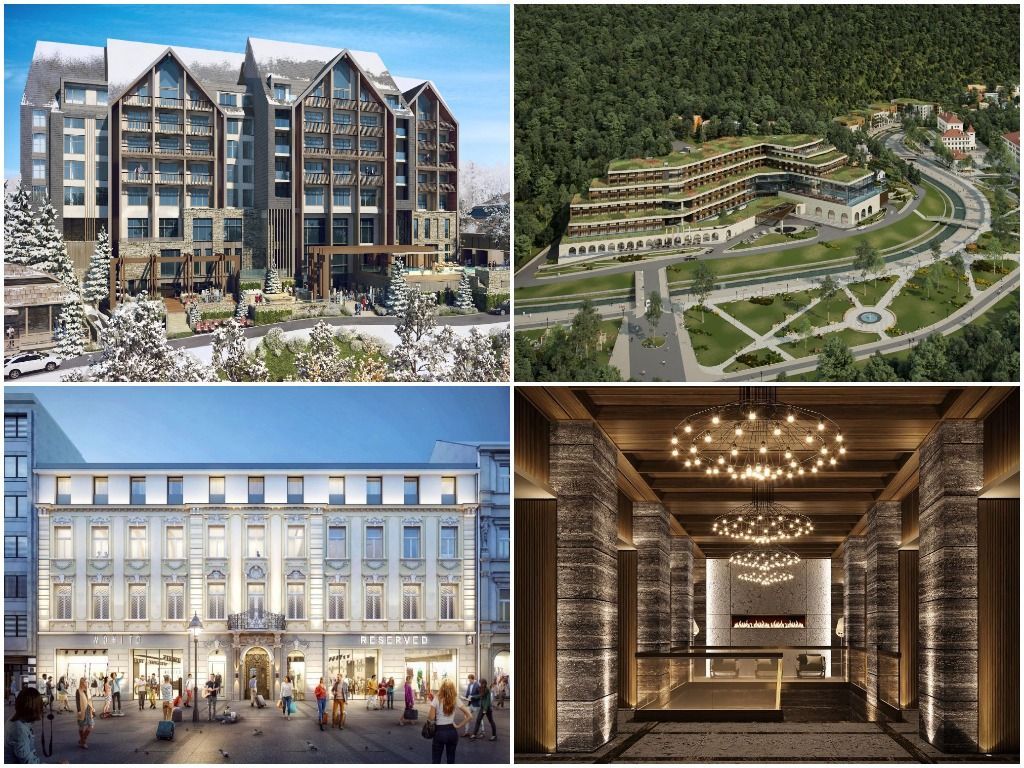 (Photo: Viceroy Kopaonik Srbija, Millennium Resorts, Delta Holding i MK Mountain Resort)
“Home Sweet Home”. This is the best way to succinctly sum up the situation in tourism in the past two years marked by the pandemic. It’s true that, in 2021, people traveled abroad more than in 2020, but the (non-)recognition of vaccines, PCR and antigen tests, Covid passports, certificates and quarantines nevertheless caused many to spend their vacations in Serbia, to the delight of local hotel and hospitality managers, but also to the disappointment of numerous tourism agencies.

As before, the most popular locations in Serbia are spas and mountains, whose capacities were regularly filled out. It’s no wonder, then, that both local and foreign investors are interested in constantly investing in these areas. Last year, Kopaonik got a new luxury ski resort, but also a new look of an existing hotel. There were also announcements of the revival of Vranjska Banja, Mataruska Banja and Bogutovacka Banja through multimillion investments, whereas Divcibare is slowly gaining on Zlatibor when it comes to the number announced tourist complex construction projects.

The first hint that we are going back to the “old normal” could be that the trend of investments in city hotels is slowly returning. Last year, several hotels, meant traditionally for the business class, opened in Belgrade. Indeed, despite the new virus variants, it seems that the world has welcomed 2022 with a little more optimism and hope that there will be more traveling activity in the future.

In the meantime, here’s the list of investments in tourism which eKapija’s readers found the most interesting in 2021.

The American hospitality brand Viceroy Hotels & Resorts opened Hotel Viceroy Kopaonik Srbija in mid-2021, which is the first resort of this brand on the European continent. The total value of the investment is EUR 54 million.

This ski resort has 119 rooms of various structures, and, according to the general manager of the hotel, Goran Kovacevic, is the first fully ski-in ski-out resort on Kopaonik.

The hotel is equipped with a spa center with six treatments, a cosmetics lab, an indoor pool and a Turkish bath.

The company Millennium Resorts and the American hotel company Marriott International signed the agreement on the cooperation on the construction of a hotel complex in Vranjska Banja in May.

As Millennium Resorts told our portal, the investment of Millennium Resorts in tourism and Vranjska Banja, worth EUR 90 million, will encompass two hotels, Westin 4* and Autograph Collection 5* categorization, and it will all be part of an important hotel complex which will also feature the medical center Sofka, apartments, villas and bungalows, which will be built in the next phases. 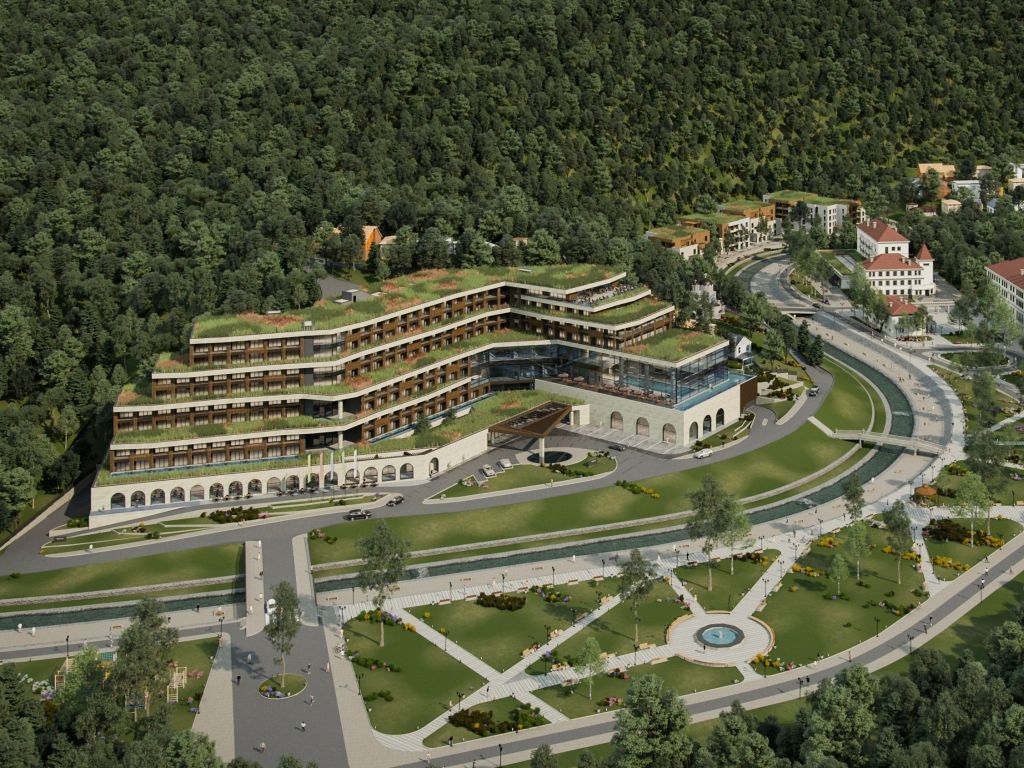 (Photo: Millennium Resorts)
The plan is for everything to be completed by 2026.

With a capital investment of more than EUR 27 million, MK Group successfully completed the reconstruction of Hotel Grand Kopaonik at the end of last year.

In addition to the construction of a new residence block and a garage with over 130 parking spaces, the spa center, all restaurants and bars, the reception hall and the sports court were all fully renovated.

Within the new spa concept, the most famous world brands in the domain of spa cosmetics were selected and combined with natural local ingredients and manufactures, which will produce original products in limited runs for the purposes of luxury spa treatments. 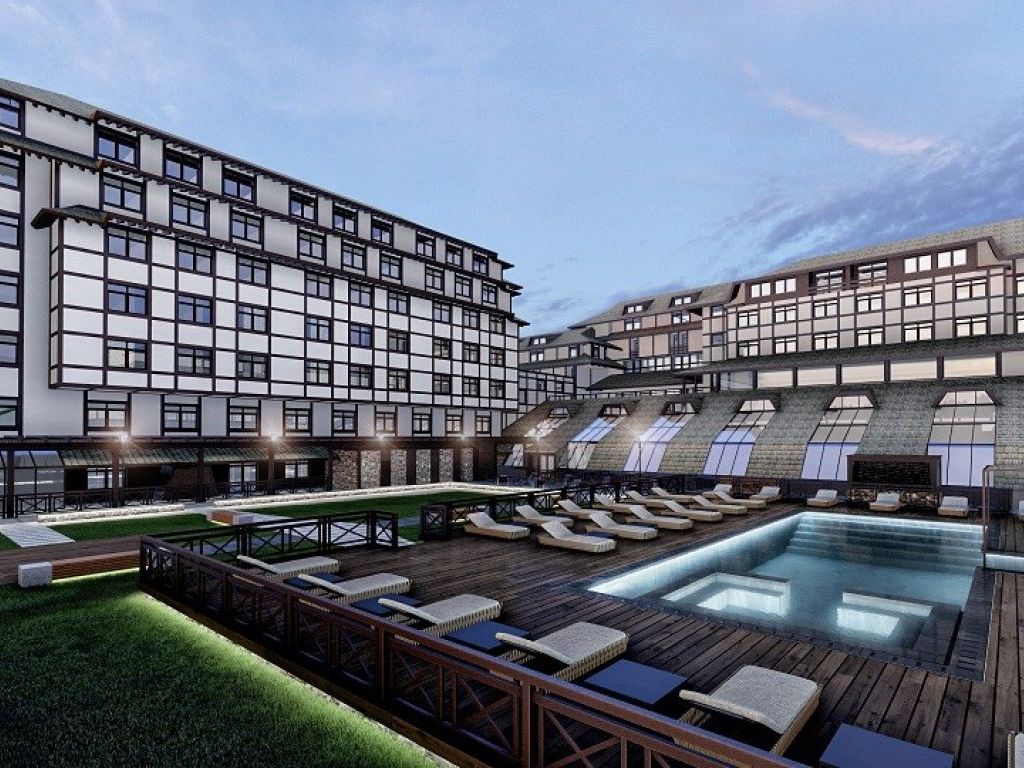 In October, the company Delta Holding opened a new boutique hotel in Belgrade. This is Hotel Indigo® Belgrade, a brand of InterContinental Group, which is located in Belgrade center, between Kneza Mihaila and Cika Ljubina streets.

Hotel Indigo® has 46 rooms and apartments, a restaurant with a private section for dining and meetings, as well as a space for recreation. The director of the new hotel, Veljko Antonic, says that the hotel will complement the tourism offer of Serbia with its uniqueness.

In July, another luxury hotel with five stars, Hotel Park, opened in Vrnjacka Banja. This hotel operates within the hotel chain A Hoteli, owned by Alco Group.

The hotel, which is located on the main promenade of Vrnjacka Banja, has 57 rooms and can host around 130 guests. It also features a wellness & spa center, two congress halls, an international restaurant with a patisserie and a garden on the promenade, a board restaurant, as well as an imaginatively decorated Sweet House. The hotel also offers its own hotel parking for hotel guests.

The opening of a new hotel with four stars in the center of Divcibare has also been announced for this summer. This is the Royal Mountain project, with 40 rooms, two apartments, a spa center, a Turkish bath, a pinewood sauna…

As Olivera Barovic, the owner and director of the company Giv Construct from Obrenovac, the investor in the project, told eKapija, the location of Hotel Royal Mountain is very attractive, in the very center of the mountain-tourism destination of Divcibare, surrounded by a thick pine forest. 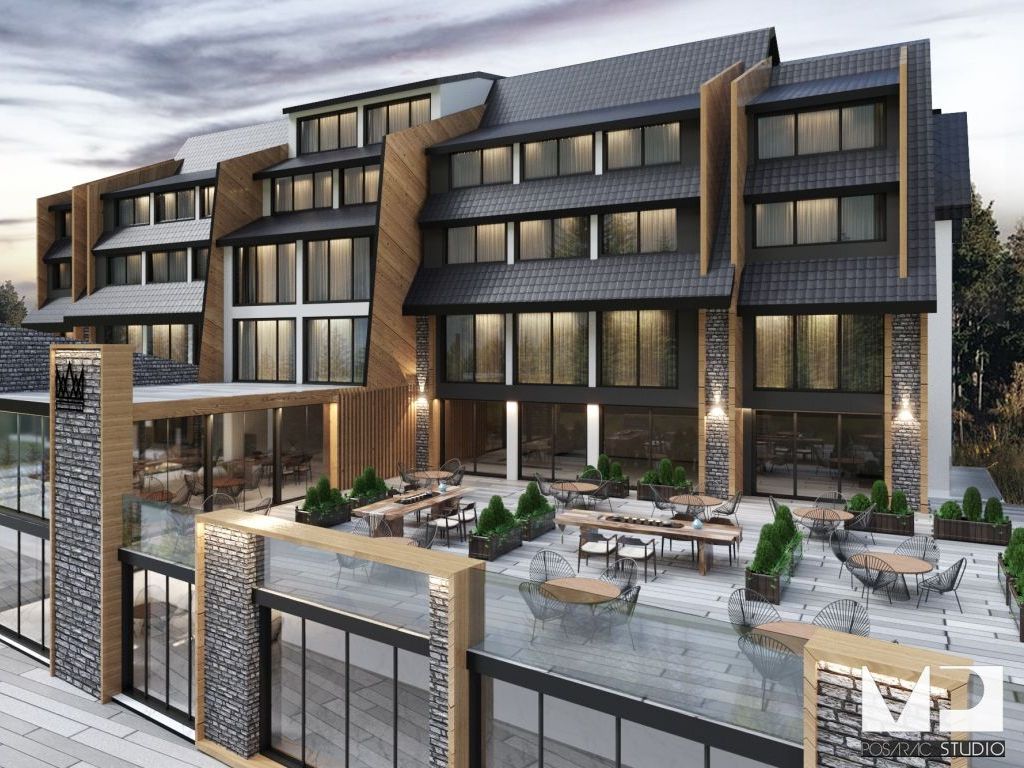 In early 2021, the location requirements for the construction of three apartment hotels Jelkice on Stara Planina were obtained.

– Each facility is to have underground garages, and various features are planned for the basement part: skiing equipment rentals, playrooms, markets, bowling alleys, boutiques, restaurants, cafes, pizza places, spa centers etc, depending on the facility. The ground floors and other floors are planned exclusively for apartments, of various structures – the investors say.

In the upcoming period, Divcibare should get several specific mountain attractions, such as modern lookouts, mountain gates, a sports and recreation zone and a round forest path, with the aim of attracting even more tourists.

For an initial price of RSD 216.5 million, the company FMO Ekonom from Usce, became the owner of the company Mataruska i Bogutovacka Banja in bankruptcy, and with that several tourism and hospitality facilities in those spas as well, in May 2021.

Not long after, the new owners announced that they wanted to bring back these once popular spas in the Kraljevo area back to their former glory.

– We want to put everything back into function. We bought the spas with honest intention, not to sell them out and make money from them, but with the desire to bring them back to their former glory and I hope that we will manage to do so – the director of FMO Ekonom, Dejan Antonijevic, said for eKapija.

In October, an exclusive hotel with five stars, Prezident Palace, opened in Belgrade, within Prezident Hotel Group. This is the first luxury hotel of this group in Belgrade.

The design of Prezident Palace is inspired by the lives of Marie Antoinette and Louis XVI. The entire hotel tells the story of the luxury and elegance of that period.

The hotel is located in Dorcol.

We presented the ten investments that attracted the most attention from our readers when it comes to investments in tourism. Make sure to take a look at the full list in the segment of TOURISM, ENTERTAINMENT AND RECREATION.

We invite you to take a look at the investments that marked the year 2021 in the fields of SPORTS, REAL ESTATE and TELECOMMUNICATIONS AND IT.