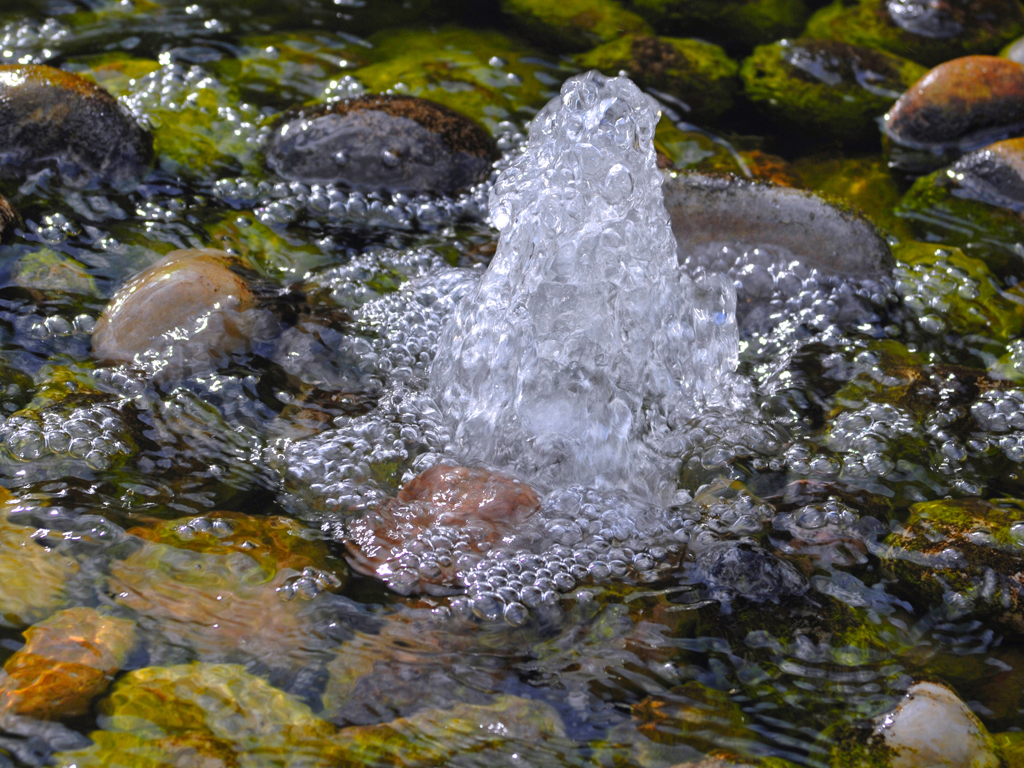 Illustration (Photo: severija/shutterstock.com)
They say that the future world wars, in the not-so-distant future, will be fought not over oil and gas, but over water. Still, it seems that Serbia shouldn’t worry about that, because, with over 400 springs, it is among the top 50 countries in the world when it comes to big reserves of drinking water.

This is also shown by the increasing number of ads in which plots of land with water springs are offered.

Those who buy a property with a water spring do not have to worry about going thirsty or hungry.

The offer includes properties which are suitable for the construction of tourism settlements, agricultural activities, or the buyer’s own needs, and the prices range from several dozen thousand to over a million euros. The demand, according to the sellers, is big.

Still, it needs to be kept in mind that, according to Serbia’s laws, all water springs are owned by the state, regardless of whether they are located on a private parcel, and that the exploitation of even drinking water requires a water permit.

At a distance of 30 kilometers from Kopaonik, near Josanicka Banja, a plot of land of 22 ha is up for sale, featuring 2 drinking water springs, at a price of EUR 1.1 million.

Most of the parcel, the ad says, is covered by an oak forest.

Agent Ana Trifunovic says that there are those interested in the purchase, since the parcel is meant for the construction of tourism settlements and ethno-villages, and there is also a skiing ground above it.

On Zlatibor, near Zlatiborski Konaci, 13 ares of land are up for sale at a price of EUR 5,000 per are, with a pinewood forest and natural mineral water springs.

She points out that 37 ares within the parcel have already been sold and that the purchaser intends to build pools and tennis courts there. On another mountain, Maljen, right beneath Divcibare, Drasko Cicovic, as one of the owners, is selling a plot of land of 3.70 ha with two water springs, for EUR 40,000.

And in the Pirot area, in the village of Berin Izvor near Babusnica, a parcel covered by a forest, with natural sources of unpolluted water, is up for sale at a price of EUR 340,000.

As sales agent Gordana Milosevic said for eKapija, the plot of land of 75.3 ares features around 6 water springs for which the owners also commissioned an analysis, which showed that it is extremely healthy.

Not that far away, in the village of Bocevica near Grdelica, an owner is selling an oak forest of 194.5 ares with agricultural land, a former meadow and now a young oak forest on 12.43 ares.

The forest, he says, features a copious spring of cold, bacteriologically and chemically tested water, and he is ready to sell everything for around EUR 10,000.

There are also cases where only springs are being sold. For example, Vlastimir Ilic, who lives in Austria, is selling a water spring near Sabac.

According to the add, the water is excellent for bottling or production of juices, and the price is subject to agreement.

– It’s too bad for the water to go to waste, it is excellent, healthy, and I know so because one factory used my spring without my permission for a full 12 years. Those who use it can ask for a water permit – Ilic said for eKapija and added that there are those interested in the purchase.

The ads feature not just plots of land with drinking water springs, but also those with geothermal ones.

Last year, eKapija wrote about the sale of land in Curug of 43,290 m2, through which runs a strain of the Hungarian Morhalaom Spa, so it features springs of thermal water with a temperature of around 76 degrees.

As sales agent Nenad Lazic told us, the ad is still valid and there are interested parties, “but it’s a lot, considering not just the price of EUR 1.5 million, but also bringing the land to its purpose, considering that it is suitable for spa tourism”.

Finally, one of the definitely most interesting sales ads when it comes to geothermal waters is “Lekin Salas”, whose owner, according to his own words, is selling it because he has no intention to work anymore, and the children are not interested.

This village area is specific for featuring two lakes rich with various river fish, supplied by a 292 meters deep water spring with a flow of 8 liters per second and a temperature of 25.5 degrees. The owner points out that he is one of the rare ones in Serbia that privately owns the lakes, because they are used for accumulation and irrigation and are registered as 7th category agricultural land under water.