Construction of Hotel InterContinental to Begin by the End of the Year – Delta Ready to Invest in Complex in New Belgrade, Business Tower Also Planned 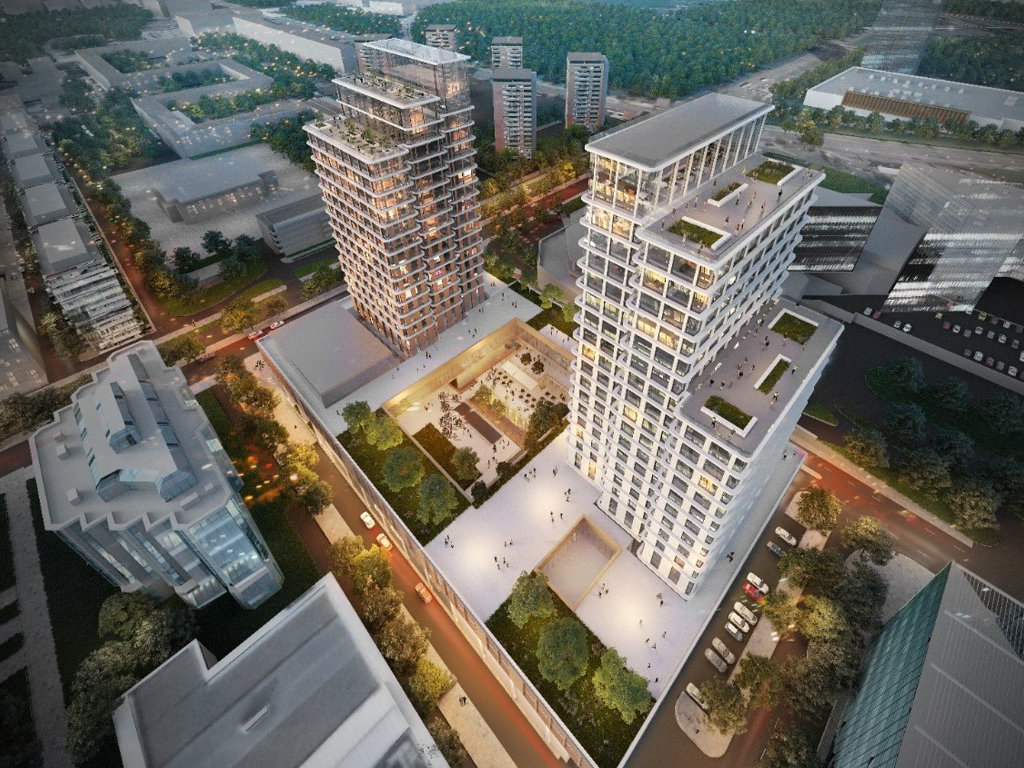 The design of Delta Center (Photo: Delta Holding)
Following the beginning of the reconstruction of Sava Centar, the company Delta Real Estate is ready for a new investment cycle, which will bring another hotel from the InterContinental Group to Belgrade, the company says for eKapija. The works are expected to begin at the end of the year.

The hotel will be located in an attractive New Belgrade location in Block 20 in Milentija Popovica Street.

– The planned project of the new Hotel InterContinental Belgrade will complement the accommodation offer of Belgrade with five stars and 220 exclusive rooms. An office space with underground garages will also be built on this parcel, and the entire complex will create a modern and green oasis a walk’s away from the largest congress center. A fascinating project has been prepared, for which considerable funds will be required – Delta Real Estate says and adds that the company is closer than ever to realizing one of its goals – bringing Hotel InterContinental to Belgrade, and the beginning of the works is expected at the end of the year.

Let us remind that, in late 2020, the Secretariat for Urban Planning and Construction of the City Administration of Belgrade put the draft detailed regulation plan of Block 20 up for a public review. The DRP envisages the construction of a complex – business tower and hotel.