Third CEO Summit of Region’s Business Leaders on December 1 in Belgrade – Good Economic Perspective, Can it be Better? 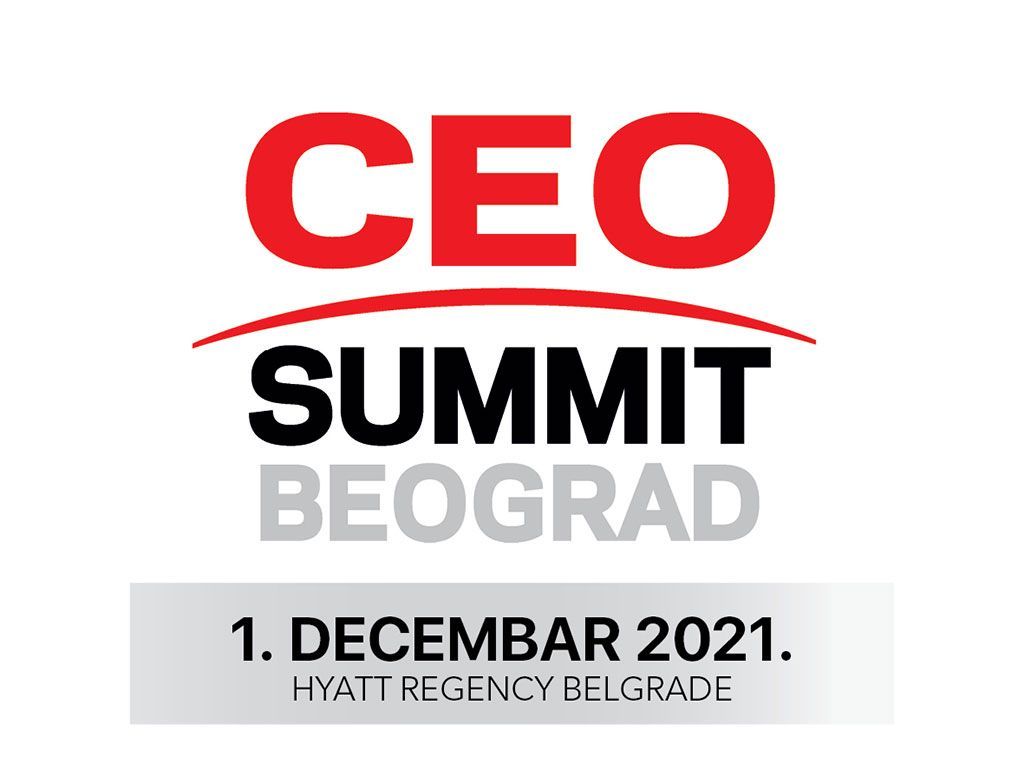 (Photo: CEO Summit Beograd)
The economic year 2020 was marked by the recession caused by the COVID-19 pandemic. In many countries, the economic drop was the biggest since the Great Depression of the 1930s. Although December will mark two years from the first confirmed case of infection in the Chinese city of Wuhan and despite the fact that mass vaccination started in many countries in the meantime, the world is still living with the virus. Nevertheless, the year 2021 has been marked by an accelerated recovery, much quicker than even the biggest optimists hoped. According to the latest, October estimates of the International Monetary Fund, the global gross domestic product in 2021 will be 5.9% higher than last year, and a growth of 4.9% is projected for 2022.

Like the IMF, the Government of Serbia has been changing its official growth projections in the past 12 months. Last December, the budget for the current year was designed under the assumption that the GDP of Serbia would grow 6%, which initially seemed too optimistic to many. The minister of finance, Sinisa Mali, now claims that this year’s growth will be “at least 7%”, whereas the president of Serbia, Aleksandar Vucic, estimates that it will reach 7.5%.

Despite the fact that many economies are recovering more quickly than expected, some countries from the region will not reach the 2019 GDP levels this year either. In Croatia, for example, the expected growth of 6.3% will not be sufficient to compensate for last year’s drop by 8%. Montenegro will also have a negative balance, as its GDP, due to the large share of services, especially tourism, dropped 15.3% last year, a record amount. If the IMF’s projections come true, Montenegro will not be able to compensate for even a half of it this year, so it will only go back to its 2019 GDP levels in 2023. Bosnia and Herzegovina is also “in the red”. Its GDP dropped 4.3% last year, and a growth of 2.8% is expected this year. The situation is similar in North Macedonia, where the 2021 growth of 4% will not compensate for last year’s drop of 4.5%.

On the other side are Slovenia, Albania and Serbia. If no drastic surprises happen, this year, the GDPs of Slovenia and Albania will each be 1.8% higher than before the pandemic, and in Serbia by nearly 5.5%, because, after last year’s drop of 1%, the IMF projects a growth of 6.5%, whereas Serbian officials expect an even bigger growth, by a half to one percentage point.

It is an indisputable fact that Serbia, in economic terms, has gone through the pandemic more successfully than most countries of the world, but this is partly down to its economic structure and the small share of the sector of tourism and services in the GDP. Despite that, the chances of Serbia reaching Croatia by the total GDP this year, as Vucic claims it will, are slim. The IMF estimates that the GDP of Croatia will be USD 63.4 billion this year, whereas that of Serbia will be USD 60.7 billion. The same institution projects a growth of 5.8% for Croatia and 4.5% for Serbia for 2022. On top of that, the per capita GDP is a much more relevant comparison parameter. In Croatia, it is USD 15,810, whereas, in Serbia, it is USD 8,790.

In addition to the traditionally high inflow of direct foreign investments, which, all things considering will be around EUR 3 billion this year, in the past few years, the quicker growth in Serbia is also down to the constantly increasing public investments. With the 2021 budget rebalance that was adopted in October, the share of public investments was increased from 7.2% to 7.8% of the GDP.

Most economists, however, point out that the key problem for a long-term sustainable growth of Serbia are insufficient local private investments. How to solve this problem and how to create an environment that would motivate business people from all countries of the region to invest more in their own countries will be one of the topics of the upcoming of the Third CEO Summit of the business leaders of the region, which the InStore magazine, with the media support of NIN, is organizing on December 1 at Hotel Hyatt in Belgrade. Furthermore, the leading people of the business community of the region will also discuss whether and under which conditions higher economic growth rates could be realized next year than those that the IMF projects for Bosnia and Herzegovina (3.2%), North Macedonia (4.2%), Serbia and Albania (4.5% each), Slovenia (4.6%), Montenegro (5.6%) and Croatia (5.8%). The participants in the summit will also try to answer the questions of what awaits the world and the region in 2022, to what extent the new circumstances require new business models so as to persevere on the path of a sustainable, inclusive growth, to what extent the traditional industries are forces to implement innovations and digitization, how to turn the traditional industry into Industry 4.0 and how to improve regional economic cooperation in the “new normal” circumstances.

The event will also include the leaders of the companies which have proven in practice that every crisis is an opportunity. Numerous surveys have shown that the biggest progress has been made by the companies which invest in knowledge and innovations more than others – in new products, in increasing the efficiency, in improving the business processes and organization and in reducing the costs of energy and secondary raw materials.

Economy as we know it slowly becoming history

Last year, at the peak of the pandemic, according to the estimates of the International Labor Organization, 300 million jobs were lost worldwide, because numerous supply chains were broken. The estimates of the World Economic Forum are that, due to the robotization, 85 million workers will lose their jobs in the next five years, but, at the same time, there will be a demand for entirely new professions and skills. Where is the world going? What are the biggest challenges that await us and how to respond to them?

The participants in the Third CEO Summit will try to answer those and many other questions on December 1, and participation has already been confirmed by Ivan Ostojić, a partner at McKinsey, Mike Michel, the CEO of Telenor Serbia, Aleksandar Jakovljević, the managing director at Phillip Morris Serbia, Marko Čadež, the president of the CCIS, Roberto Kutić, the COO of Infobip, Croatia, Nebojša Bjelotomić, the director of the Digital Serbia Initiative, Nebojša Šaponjić, the director and co-owner of Nelt Group, Tomislav Čizmić, the chairman of the management of Mercator Slovenia, the businessman Milan Beko and Samo Login, a founder and owner of LoginEKO, who sold the company Outfit7, the developer of the world-famous mobile app Talking Tom, in 2017 to a Chinese holding for USD 1 billion.

More information and application available on the official web page at www.ceo-summit.rs.