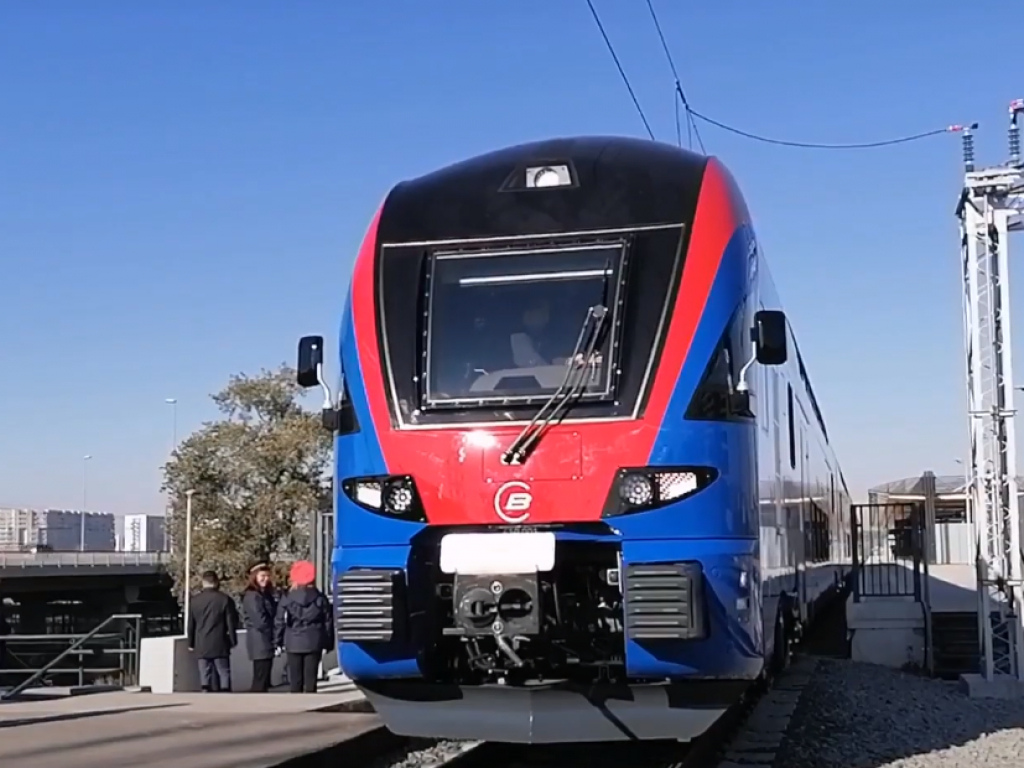 (Photo: Print screen / YouTube / Portal Univerzum HD)
A new fast train was handed over to Serbia today, the first of the three bought from the Swiss company Stadler Bussnang AG.

The fast train can run at 200 km/h and is the first double-decker, that is, bi-level train that will operate on the railways in Serbia.

The train is equipped for the ETCS (European Train Control System) – an advanced form of signalization used by many European countries which are able to control trains from the center.

The company Srbijavoz points out that Serbia has received the first train that is adapted to that system.

The handing over of the fast train at the New Belgrade railway station was attended by president Aleksandar Vucic, construction, transport and infrastructure minister Tomislav Momirovic, Belgrade mayor Zoran Radojicic, deputy mayor Goran Vesic, representatives of Stadler and representatives of the Embassy of Switzerland in Belgrade. It was also attended by the former German chancellor Gerhard Schroeder and Swiss ambassador Urs Schmid.

The fast train arrived to Subotica on Wednesday, October 27, and the remaining two trains should be delivered by the end of the year.

After the presentation of the characteristics of the fast train, a test ride to the Belgrade Center Railway Station was organized.

The agreement with Stadler on the procurement of the fast trains was signed in April 2021.

The trains will operate on the new Belgrade-Novi Sad railway, the construction of which, as announced, will be completed by the end of the year. This is to be followed by the testing of the fast railway and the trains, and, by March, the citizens will be able to travel by new, modern trains. The only bidder that responded to the tender for the procurement of the trains was the renowned Swiss producer Stadler, which offered a price of EUR 62.2 million (EUR 62,197,200 with the VAT).