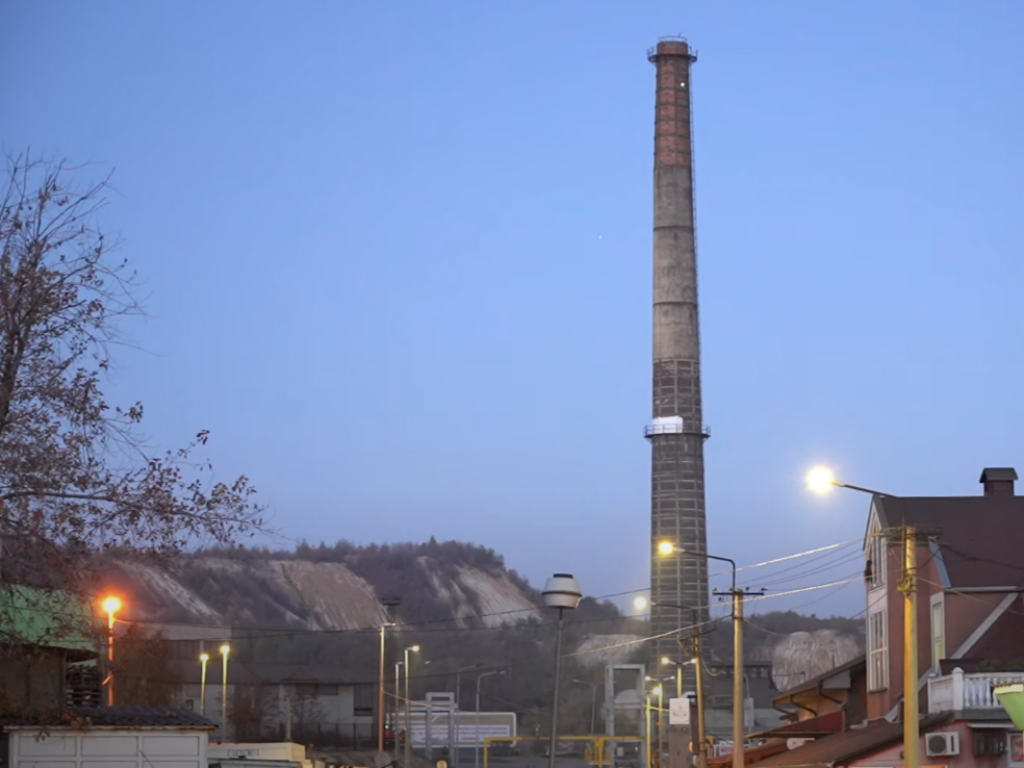 (Photo: YouTube/screenshot/IstmediaSerbia)
After sixty years, the symbol of Bor, the old chimney, is torn down. Although it helped put the city on the list of the problematic ecological spots in Europe because it polluted the air for decades, people of Bor considered it a symbol of the city and its mining.

It was nearly a hundred meters tall. From 1961, it was a symbol of not just the city of Bor, but of the former Yugoslavia as well.

People of Bor are used to living from mining, and the chimney reminded them of the golden era of RTB Bor.

Experts had estimated that the chimney was unstable and that it had cracks.

– In essence, it’s better for us to tear it down ourselves than for it to collapse and make much more damage – says Sasa Perisic, the head of the security sector of Zijin in Bor.

A high-capacity power plant, which the smelter needs, will be built in the location of the torn down chimney.