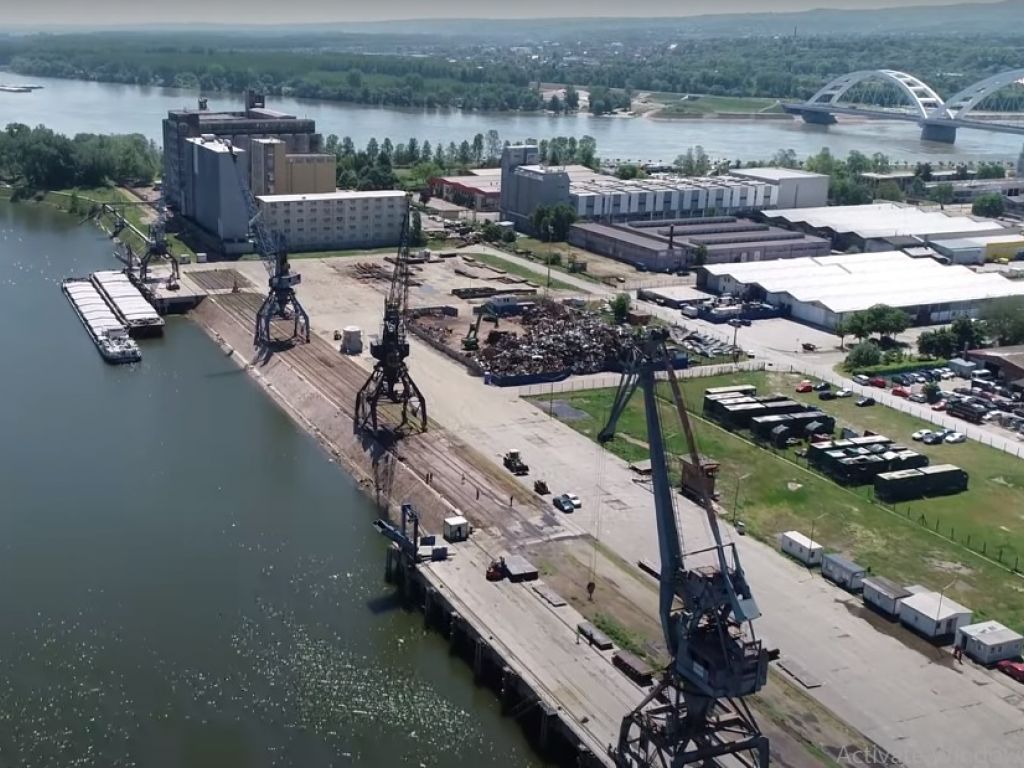 Port of Novi Sad (Photo: Print screen / YouTube / Izgradnja Srbije)
The Port Governance Agency recorded increased amounts of reloaded cargo on rivers in Serbia at the end of the third quarter this year. A total of 12 million tons of goods was reloaded, an increase by 13% compared to the same period last year.

– This year’s nautical season has shown an improvement compared to last year’s, when the cruising activities were stopped in the whole Europe due to the negative impact of the pandemic – it is said.

By October 1, international passenger terminals in Serbia had 356 dockings and 28,705 boarded and landed passengers. The most dockings were realized in Belgrade (149), followed by Novi Sad (95). Donji Milanovac recorded 66 dockings, Golubac 43 and Kladovo recorded two, which are the first two dockings of cruiser ships at the Kladovo terminal since its opening.

Considering the traffic of goods within the water cargo transport system, the agency’s projections for the fourth quarter are that the growing trend of the reloading of goods on rivers in Serbia will continue.