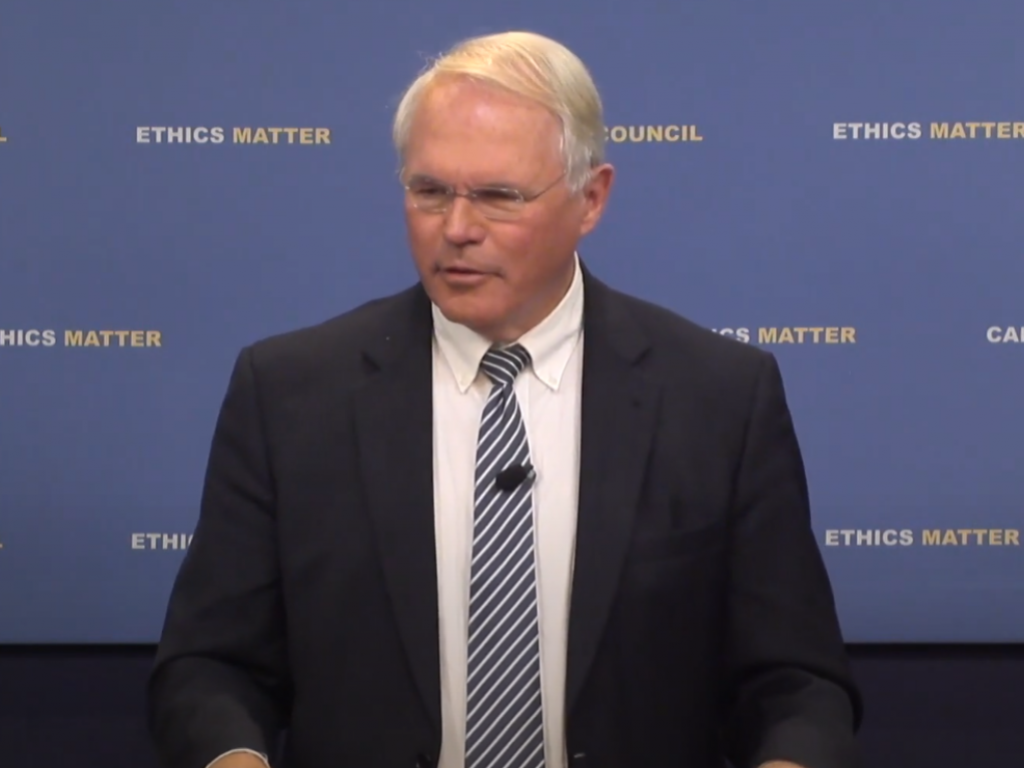 Christopher Hill (Photo: YouTube/screenshot/Carnegie Council for Ethics in International Affairs)
U.S. President Joseph Biden has nominated the diplomat Christopher Hill as the new ambassador of the United States to Serbia, according to the White House’s website. To the local public, he is known as the U.S. special envoy for Kosovo and Metohija during the diplomatic efforts which ended with the negotiations in Rambouillet.

The biography of Christopher Hill states that he is a career member of the foreign service. Most recently, he has been the 2021 George Ball Adjunct Professor at Columbia University’s School of International and Public Affairs.

Before retiring from the Foreign Service in 2010, Hill served as U.S. Ambassador to Iraq, Korea, Poland and Macedonia, as Assistant Secretary of State for East Asian and Pacific Affairs, and as Head of the U.S. delegation to the 6 Party Talks on North Korea.

Earlier in his diplomatic career, he was a member of the negotiating team whose efforts led to the Dayton Peace Agreement, ending the Bosnian war, according to his biography on the website of the White House.

For ten years, Hill was Dean of the Josef Korbel School of International Studies, and then Chief Advisor to the Chancellor for Global Engagement and Professor of the Practice of Diplomacy, at the University of Denver.

The recipient of numerous honors, including the Robert S. Frasure Award for Peace Negotiations and the Secretary of State Distinguished Service Award, Hill speaks Serbian, Polish, Macedonian and French, says the website of the White House.