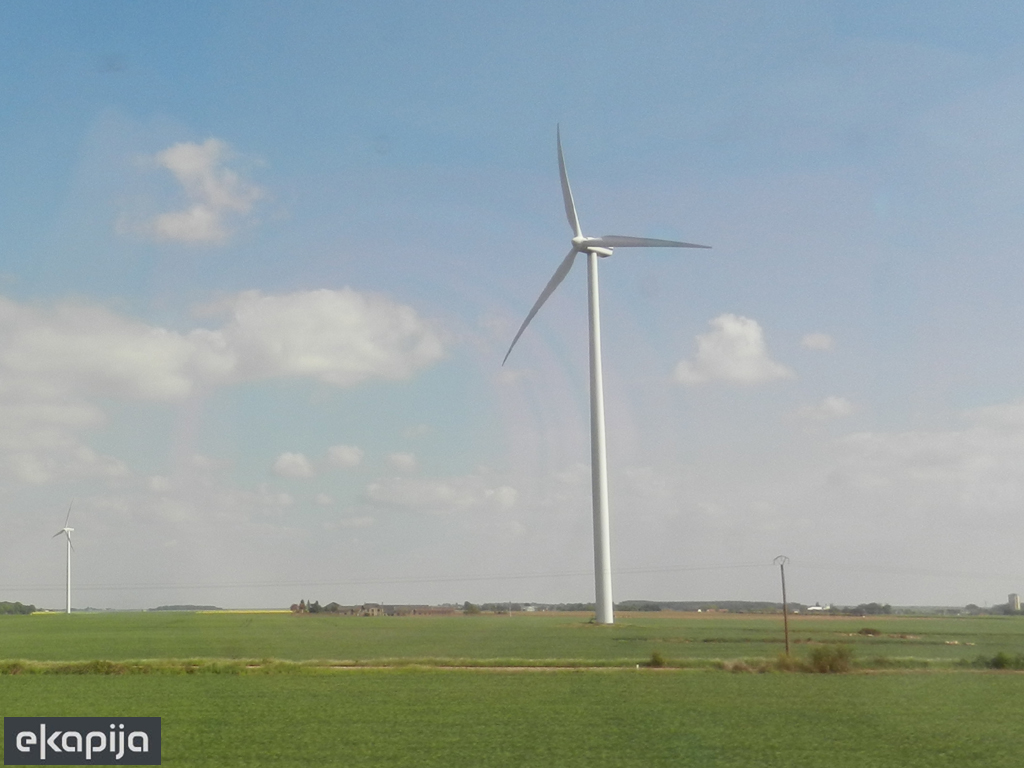 Illustration (Photo: Suzana Obradović)
In the settlement of Rakova Bara, which belongs to the municipality of Kucevo, the plan is to build a new wind farm with around 30 wind generators with a total power of 150 MW.

The Municipality of Kucevo has put the study of the detailed regulation plan for this large investment project up for a public review. The DRP is being adopted with the aim of having the parameters of construction in the area defined and setting the position of the new wind farm.

According to the study, the wind farm will be located in the north part of Kucevo, and the area that is covered by the plan encompasses 1,750.90 hectares in the territory of the cadaster municipalities of Rakova Bara, Radenka, Duboka, Sevica and Turija.

The advantage of the wind farm will be its geographic position, because it will be located on a hill, which is a much more favorable location for the use of the wind energy.

– The main characteristic of the Rakova Bara wind farm is that it is located on a hilly terrain, and not on a plain, making it much more favorable for this kind of a structure. The wind farm area is defined in respect to the wind potentials, the topographic characteristics, at a sufficient distance from the settlement, to the end of avoiding increasing the intensity of the noise and outside the area of cultural and protected natural goods – the published study says.

The wind farm will have around 30 wind generators, and the plan is to install devices of a maximum diameter of 160 meters and a maximum height (including the wind turbine blade) of 210 meters.

In defining the position of the wind farm, special attention was paid to the possibility of connecting to the distribution network. South of said area is a power line of 400 kV, and the plan is for a new power line of 110 kV to be set up through this area.

The space in which the wind farm is to be built mostly consists of agricultural land, where there are no larger populated areas, but also no major infrastructure either. The study says that the utility and traffic networks will be additionally defined through the further development of the plan and the preparation of the future urban project.

The study of the DRP was prepared by Arhiplan from Arandjelovac, and the investor is VE Rakova Bara from Zagubica, the company which also commissioned the preparation of the plan.