NCR Opens the Most Modern Technological Technology Campus in the Region – Jobs for Over 5,000 People in Serbia 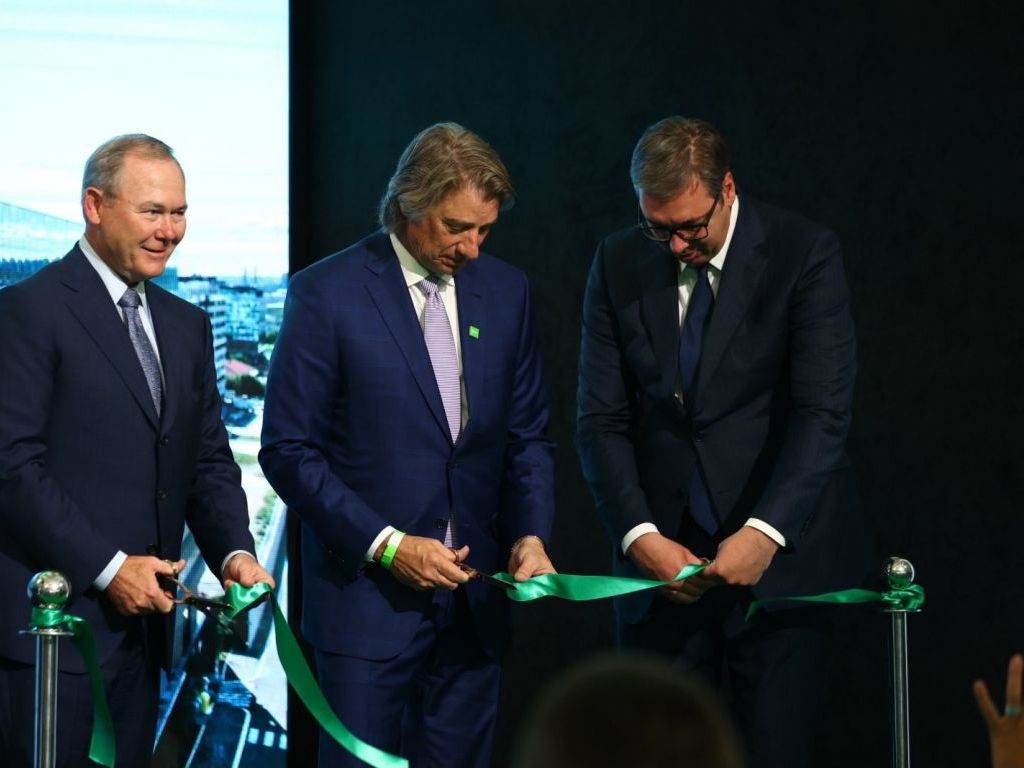 American-Serbian ribbon-cutting ceremony (Photo: Photo: NCR Srbija)
On October 5, in Belgrade, NCR Srbija opened its biggest technological campus in Europe and the most modern campus in the region, where over 5,000 people will work. The new business center of this American company, built in line with the highest “smart building” standards, spreads on 30,000 m2, and the total value of the investment is more than USD 100 million.

The president of Serbia, Aleksandar Vucic, attended the opening ceremony and stated:

– This was our dream as well, not to have a nice-looking building, but to have 5,000 people working there. NCR is the biggest American employer in Serbia and one of the biggest employers in general. Serbia provided considerable help in opening the NCR campus in Belgrade, which has repaid for our country five-fold through taxes and contributions. Such investments are also important due to the fact that they keep young people from leaving Serbia, enabling them to plan their future in their own country.

The president especially thanked Marija Zivanovic-Smith and Stefan Lazarevic for their efforts to have Serbia be the destination for the new NCR campus.

The general manager of NCR Srbija, Stefan Lazarevic, pointed out that educated and talented people from Serbia were the country’s main advantage when it comes to attracting high-tech investments.

– NCR Srbija is an example of a company that, thanks to the expertise and initiative of its employees, has developed and implemented innovations in its business at an accelerated pace in the past 10 years. This is also supported by the fact that, from a customer support center with 300 employees in 2011, we have developed into a strategically important location with over 4,200 people in our team and a plan to have that number exceed 5,000 in the near future. The opening of the Belgrade campus is an important step for the further expansion of our business. At the same time, as the most modern project in the region, the campus is of great importance for Serbia and the development of the IT industry in this market – concluded Stefan Lazarevic.

NCR is a leading global tech company in the domain of development of software solutions and services of various types for clients from the sector of finance, retail and hospitality. In Serbia, NCR began its operations in 2011, since when it has increased its number of employees over 10 times. The seat of NCR is in the U.S. state of Atlanta, the company has existed for over 135 years and today operates in 180 countries with around 36,000 employees. In Serbia, NCR is one of the leading IT employers. It takes part in a special program of cooperation with universities, and over 80% of the employees belong to the young generation of millennials. The employees at NCR have access to courses and workshops at the leading world platforms for education, which enables them to develop their personal skills and acquire professional knowledge in their field, but also in other spheres that interest them.