First Step Toward Construction of BIO4 Campus in Belgrade – Two Faculties and Five Science Institutes in One Place, Contest for Preliminary Design Soon 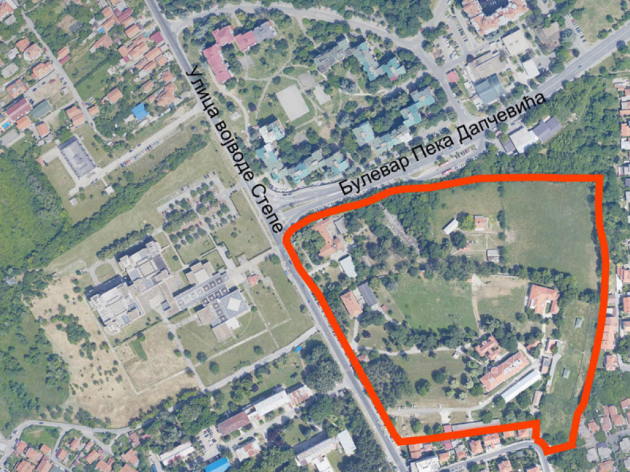 (Photo: bio4.rs)
Two faculties, the Faculty of Biology and the Faculty of Pharmacy, as well as five science institutes, should be part of a single spatial unit, the BIO4 Campus, in the future.

The campus will be located in close proximity to the Institute of Virology, Vaccines and Sera “Torlak” and the new seat of the Agency for Medicines and Medical Devices Agency of Serbia (ALIMS), which it will complement.

In addition to these institutions, an extension of the Science-Technology Park Belgrade will be built, for the development of startups in the BIO4 fields, which will encompass the Center for Ideas, as well as a zone for the gathering of researchers and students from various fields.

In September 2021, the Office of Public Investment Management, the Service of the head urban planner of the city of Belgrade and the Urban Planning Institute of Belgrade, will open a public, open, anonymous, programmatic, single-degree contest for the preliminary urban-architectural design for Phase A of the BIO4 Campus – a complex of higher-education institutions with complementary features in Belgrade.

Let us remind that the Government of Serbia recently accepted the initiative of the Ministry of Education, Science and Technological Development for the preparation of the BIO4 Campus in Belgrade.

As envisaged in the planning document, the Campus will be built on an area of around 7.9 hectares and have an orientation capacity for a thousand students and another 300 students/users in student-standard institutions. More details can be found in a separate article.

The BIO4 fields are biomedicine, bioinformatics, biotechnology and biodiversity.