Pancevo Bridge in Belgrade to be Demolished After All, Drobnjak Says – New One to be Raised in Four Year at the Most 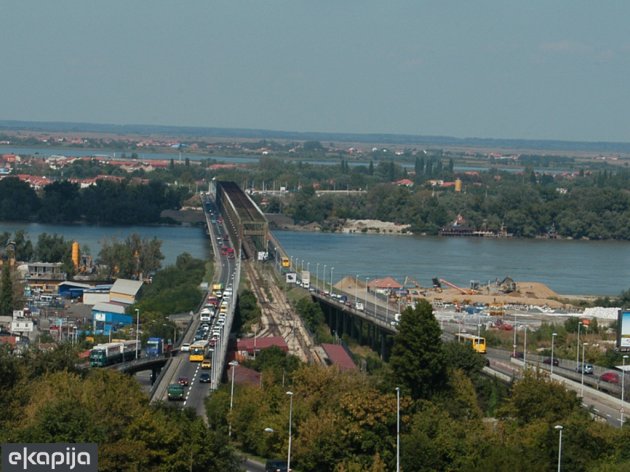 Pancevo Bridge on the Danube (Photo: Suzana Obradović)
Zoran Drobnjak has confirmed for Mondo that it was time to demolish the popular Pancevo Bridge, that it was old and that another one would be built near it in the next three to four years.

Although there has been talk of repair and reconstruction in the past years, the director of the PE Roads of Serbia said that it was impossible and in no way cost-effective, since the bridge is damaged to its very foundations.

Drobnjak said for Mondo that it was necessary to demolish the bridge, but that, before that, another one would be built in order to replace the Pancevo Bridge. The exact location of the new bridge and its distance from the Pancevo Bridge are not yet known.

– The preparation of a new project is supposed to start now. We need to have all the traffic connections function without a hitch during the works. The Pancevo Bridge is very old. Each part is a problem, the pillars, even the foundations. It is impossible to repair it and money should not be wasted on it – Zoran Drobnjak said.

According to him, any expert who claims that the bridge should not be demolished and that it is better to repair it does not understand this project.

– When a bridge is as old as the Pancevo Bridge is, when it is over 60 years old, repairs are done very rarely. We did so when it comes to Gazela, a bridge that was over 30 years old, and that cost us EUR 55 million. There was no alternative there, nor a place for a new bridge. The Pancevo Bridge will be occasionally repaired in order to remain functional until a new one is built, but it cannot be fully repaired. All this will certainly take several years and be done in cooperation with the City of Belgrade, the state and construction companies – Drobnjak explains for the portal.