First Plant-Based Dairy in Belgrade, but Also in the Region, Brings Komleko Made of Nuts 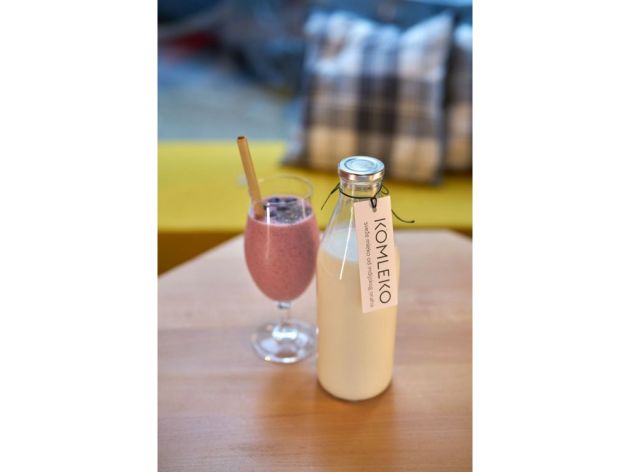 (Photo: Braca Nadeždić)
Did you know that the first plant-based dairy in the entire region is located in Belgrade? It was founded by Maja and Svetlana, who created the Komleko brand. According to them, the noticeable lack of fully natural plant-based milks with a high nut percentage that don’t feature additional additives, aromas and sugars in the Serbian market incited them to become entrepreneurs.

They bring us another story of turning the pandemic from an obstacle to an opportunity:

– Suddenly, for a short period of time, there was excess free time, and since we were convinced that it would only last a month, we went full speed into realizing, literally, in a couple of months what had been brewing for years, we prepared the packaging design, uploaded the website, organized the production and delivery and launched the online shop.

The list of their products features almond-flavored milk, which is a true classic, and also milks with the flavors of lavender, carob, cashew, from which they also make a yoghurt, and so on. The most popular product is the chocolate/hazelnut-flavored Komleko, and the black-colored milk draws attention in particular. How are these milks created?

– The milk-making process itself demands time and requires patience, it’s almost a meditative activity. All milks are made per order, so everything is prepared the night before, the nuts are soaked and then each milk is made individually, manually, the next day and then delivered to the home address on the same day. That is indeed much more demanding than machine-based production, but it results in fully preserved enzymes, vitamins and minerals and a great flavor. The difference is similar to the difference between fresh-squeezed orange juice and store-bought juice – Maja and Svetlana clarify.

A bottle of milk requires a large quantity of nuts. They cite the chocolate/hazelnut milk as an example. This product features as much as 33% hazelnut content, along with organic cocoa and real, natural vanilla. This is the most demanded product. 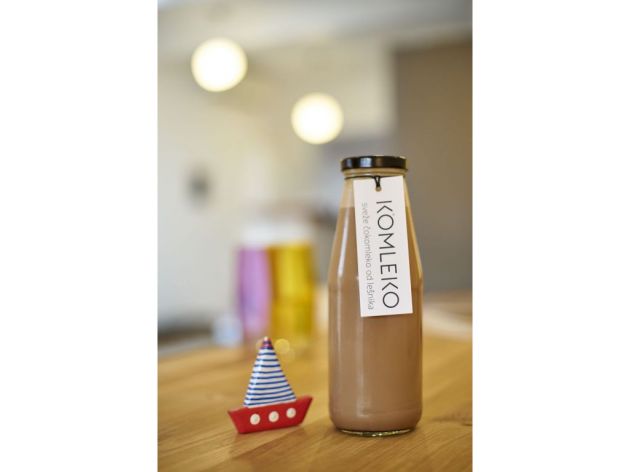 – The biggest hit is said chocolate/hazelnut Komleko, as expected. It literally smells like Nutella, has the same taste, while at the same time being fully natural. What’s more, it’s made of ingredients which are beneficial and very healthy. It allows you to enjoy yourself and have something sweet without any guilt. On the contrary, you know that you’re doing something good for yourself – eKapija’s interviewees say.

We were especially interested in the black milk, and Maja and Svetlana say that it is purely a product of playing around with the ingredients and saying “what if we made a black milk?”

– We were delighted with the result. It is based on organic black sesame, an ingredient which is considered to be very medically beneficial in the East, and, despite its very unusual appearance, the taste is mild and pleasant. We have to say that the black Komleko has its faithful fans, who have been buying it exclusively since the very beginning, and they are usually original and interesting people – they reveal.

In addition to milk, these hard-working entrepreneurs also produce cheese. As they say, they vowed to make a cheese that would be tasty, fully natural and rich in nutrients:

– As we developed the recipe from scratch, it was a long process, full of trial and error, but extremely educational and fun. The recipe is based on cashews and chickpeas, and then each hand-made cheese, with the addition of probiotic cultures, goes through the natural ripening process. True “slow food”. 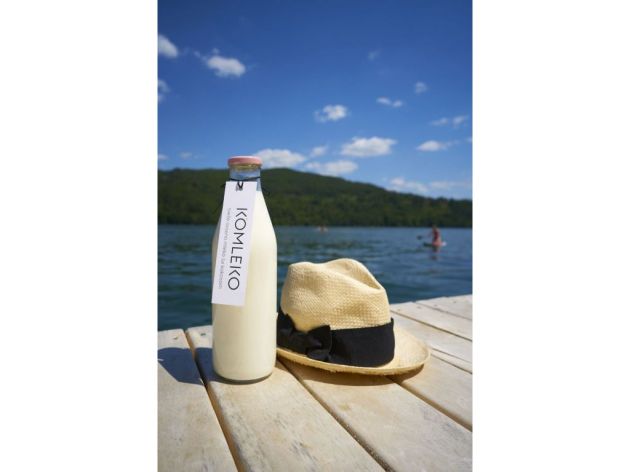 Maja and Svetlana are preparing to launch entirely new kinds of products, and they would also like to expand, for a start, to Novi Sad. They want to implement numerous innovations in the production itself and to achieve waste-free production.

– We know that this is only a small beginning of something that we hope will become a good, successful story, which will help change the perception of plant-based food as something boring and without a flavor, as something that demands a sacrifice, because it is everything the opposite to that – eKapija’s interviewees say.