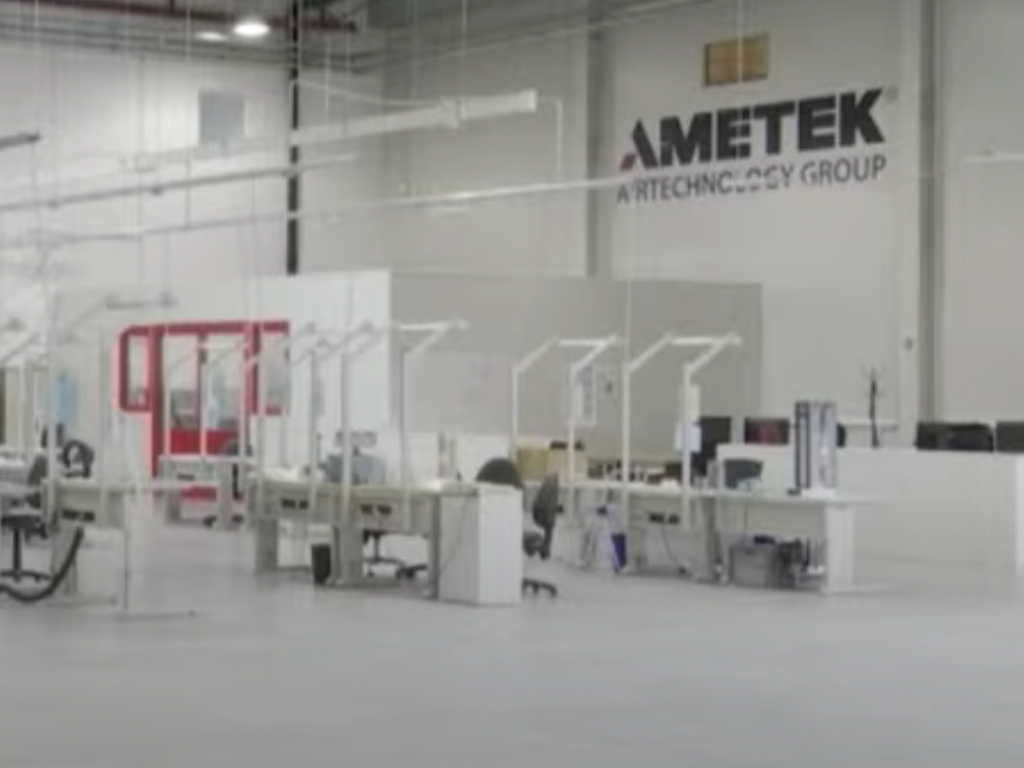 (Photo: Youtube.com/Radio-televizija Vojvodine)
Free Zone Subotica now has another factory. The Austrian Grabner Instruments has marked the beginning of the operations of its new facility, which operates within the company Ametek, the leading world producer of electronic instruments and electromechanical devices, with annual sales of around USD 5 billion.

At the Grabner Instruments facility, which operates as part of Ametek at Free Zone Subotica, 20 highly qualified experts make instruments for the measuring of the quality of gas and oil, the first among which have already been delivered to the US market.

After six years of working at Ametek and the completed training at the parent factory in Vienna, the locksmith Branko Matkovic became the production coordinator at the Grabner Instruments facility in Subotica.

Ametek has a total of 17,000 workers in over 150 locations in 30 countries worldwide, and it has been operating for over ten years, employing over 460 people, in Serbia. The factory in Subotica is only the latest one.

– Grabner is the latest of our nine business units launched here in Serbia. Our products are now featured in the machines which are used for the production of vaccines and PCR tests, and they are also featured in the space programs of various countries – says Slobodan Antic, the director of Ametek Serbia.

This year, Ametek Serbia expanded its operations to another three production units, and the Grabner Instruments facility at Free Zone Subotica is the first of them to start its own production in Serbia.

Log in to view complete information:
Forgot your password? Click here HERE
For free test use, click HERE
Latest
Most read
Expert Gathering on Gas Transition of the Balkans on October 29 26.10.2021.
Swedish Companies Interested in Investing in Biomass and Biogas in Serbia 26.10.2021.
Indoor Catering Facilities Not Prepared for Covid Passes – Education for Implementation of New Measures Missing 26.10.2021.
EPS New Member of RES Serbia 26.10.2021.
Belgrade Waterfront – Global Scale Project in the Heart of Belgrade 18.10.2021.
Reconstruction of Kej Oslobodjenja Street in Zemun to Begin – Here’s What it Will Look Like (PHOTO) 25.10.2021.
State Aid Approved for Chinese Xingyu Which Will Build New Factory in Nis – EUR 60 Million to be Invested in Facility for Production of Vehicle LED Lights 26.10.2021.
EPS New Member of RES Serbia 26.10.2021.
Weather
Weather forecast