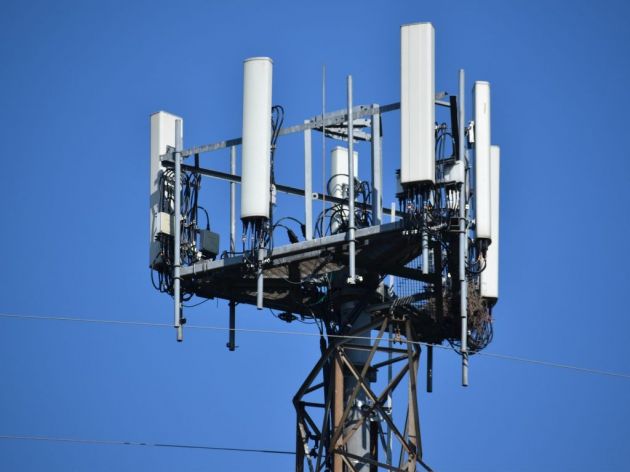 Illustration (Photo: Pixabay.com/F. Muhammad)
A regulatory framework creating the pre-conditions for the beginning of the process of public bidding for the allocation of the frequencies for the use of the 5G network in Serbia exists, stated the head of the Group for the Planning and Development of Electronic Communication Networks and Services at the Ministry of Trade, Tourism and Telecommunications, Vladana Radisavljevic Djordjevic.

At a gathering at the Chamber of Commerce of Serbia (CCIS), organized with the help of the chamber by the Informatics Association of Serbia, she estimated that the introduction of the 5G network was not late and said that SBB, Telekom, Telenor and A1 were interested in obtaining radio frequencies for the network.

Vladana Radisavljevic Djordjevic said that, based on the created regulatory framework, the Serbian regulator, RATEL (Regulatory Agency for Electronic Communications and Postal Services), had opened a public invitation to operators to apply for the use of certain radio frequency bands slightly more than three months before.

– Four operators, namely, SBB, Telekom, Telenor and A1 expressed an interest, and, based on the collected data and its own analyses, RATEL will reach the decision if it sees that the conditions for the allocation of the permits are met upon the execution of the public bidding procedure – she pointed out.

Several participants in the conference said that the introduction of the 5G network to Serbia should have been done earlier, and Zoran Zivkovic of the company Towers Net pointed out that there had been serious announcements in 2019 of the implementation of the 5G network and a tender that was supposed to open not long after and added that the tender was still not there two years later.

According to him, Serbia needs to keep up with the world in terms of technology and have a 5G network as is the case with China, Germany, and even Africa.

The conclusion is that the preparations for the implementation of this network, which is generally seen as being late, should be accelerated and that RATEL should open a tender for the allocation of the frequencies to operators by the end of this year.

The participants expressed their dissatisfaction over the fact that neither of the four mentioned operators attended the meeting, even though the organizer claimed that they had been invited, and that no one from RATEL was present either.

Log in to view complete information:
Forgot your password? Click here HERE
For free test use, click HERE
Latest
Most read
City of Belgrade to Have “Historic” Budget of EUR 1.28 Billion from Monday 19.10.2021.
First String of Nord Stream 2 Filled with Technical Gas 19.10.2021.
Reconstruction of Subotica-Horgos-Hungarian State Border Railway 19.10.2021.
Beginning of Construction of Interconnector Nis-Dimitrovgrad Announced for Late November 19.10.2021.
We are Buying Two Transport Aircraft C-295 for Serbian Armed Forces from Airbus – Is Air Serbia Eyeing A220? 12.10.2021.
Srbislav Novakov, Director of Hotel IN – Hotel business is a team effort that requires a professional approach, knowledge and productivity 07.10.2021.
Mara Topalovic, Owner of Maruska Studio – Our life’s path is determined by us, and not by a handful of people who claim the opposite 10.10.2021.
Land and Quarries of Sabac Company Inter-kop up for Sale – Initial Price Half of Estimated Value 18.10.2021.
Weather
Weather forecast