The end of "Raft city"? - Lukas, Pirana and other cult Belgrade nightclubs of the '90s for sale 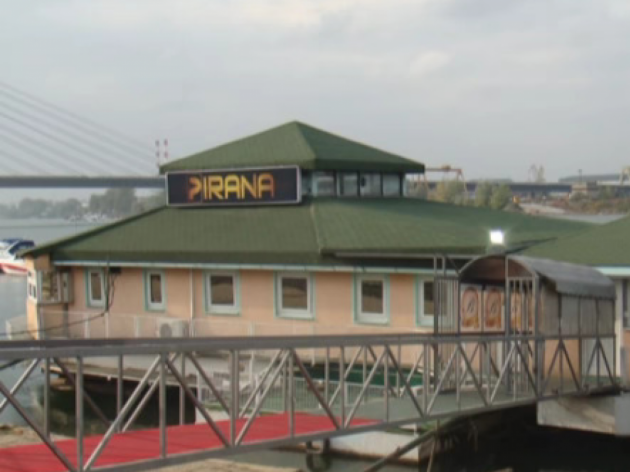 (Photo: Youtube/TV KCN/snapshot)
Raft nightclubs are one of the rare symbols of 1990s Belgrade that have survived to this day. In recent years, they have earned Belgrade the fame among foreigners eager for a good night life, whereas the citizens of Belgrade remember them as places for wild parties in the troubled times of wars and sanctions.

Many of those nightclubs "survived" gangsters' turf wars, racketeering, retaliation, arson, transition period, change of generations and many changes in musical tastes and trends.

Now, however, COVID-19 and the recently adopted stricter city regulations concerning floating objects could "submerge" some of these cult places and thus mark the end of an era.

Namely, at the beginning of June, the City of Belgrade adopted new rules for rafts as part of the Decision on the Installation of floating facilities on water land on City territory. As per the words of city planner Marko Stojcic, the document gives the owners a period of two years to adjust the dimensions of the rafts, so they will not be allowed to interfere with the view, for example on a historical monument.

Additionally, the plan determines the zones for the raft installation, payment for water land lease, mandatory legal connections to the city water network and electricity network, fire insurance and numerous other conditions, and the penalties have also been determined.

- One of them is that the raft owners will not be allowed to simply throw feces into the river. I also believe that when we start charging, half of the rafts will vanish from the rivers within a few months, because currently they do not pay for anything, they just occupy the places they want to resell. Those who want to work will stay - said Deputy Mayor Goran Vesic after the Decision was adopted.

Coincidentally or not, as of recently, the advertisements have been filled with offers for rafts, among which there are some well-known names, and the prices reach figures upwards of half a million euros.

Thus, the famous raft nightclub Lukas, known for its crazy "folk" parties that gave birth to a famous name on the folk stage, but also as a gathering place for "tough guys" from the Belgrade streets, and even as a scene of several bloody shootouts, is being sold for 666,000 euros.

In Art Real Estate, an intermediary in the sale, they say that the long-term owner of the raft is selling it because he wants to retire from that business.

As they said in an interview for eKapija, sales of the raft, currently named Uzbuna ("Alert"), due to lease, has only been announced about four months ago.

- There are interested parties, mostly Chinese who want to open restaurants there. It is possible to open three restaurants in Lukas. It is a business space with the best location in Belgrade - they say in Art Real Estate.

Lukas has been advertised as a cult raft nightclub and one of the symbols of 1990s Belgrade, located near Usce, with an open view of the Kalemegdan Fortress. As stated, it provides the possibility to perform three types of activities in one building, given that the lower deck of the raft contains an apartment of 229 m2 with a sauna, bathroom, living room and bedrooms, which is ideal for renting an apartment per day. The ground floor is a night club of 309 m2, and above is a gallery spanning 2 levels of 576 m2 total, equipped for various celebrations and weddings, with a capacity of roughly 250 people.

Apart from Lukas, a few weeks ago the sale of another cult Belgrade raft has been announced - Pirana raft near the Belgrade Fair. The ad states that it is registered for catering with all permits and technical documentation, and the price is 110,000 EUR.

Pirana has already changed its owners several times, and seven years ago it was destroyed in a fire.

Also for sale is the famous raft-ship Leonardo, anchored downstream from Brankov bridge, across from Pobednik monument, opened in the mid-1990s. According to the agency Forma Tim, which mediates in sales, this raft of 700 m2 has two halls and a capacity of about 300 seats, occupies two places and is located in the zone where rafts will remain and will not be moved. The sale was announced a couple of days ago and there are already interested buyers from Serbia, and its price is EUR 200,000.

In this agency, they say for our portal that there have been a lot of raft sales lately, mostly smaller ones that work as catering facilities, and they add that a lot of rafts in Belgrade do not have a registered place.

- I don't know if there are maybe three rafts that have a registered and paid location. These are mostly unlicensed locations and now they have probably concluded that it is better to sell on time. However, COVID is also the reason for most sales, because they do not work with the capacity with which they used to, according to the spokesperson from Forma Tim agency.

According to their information, as of this summer, three or four smaller rafts-restaurants in Block 70 on the Sava Quay are for sale, as well as a lot of rafts that are rented as "rafts for daily rent", located at the Makiska riverside.

Finally, another famous raft-restaurant, located at the Zemun Quay, is for sale at a price of 450,000 EUR, with complete inventory. Judging by the photos from the ad, it is the raft Malevilla, opened in 1993, known not only for fish specialties but also for the fact that the current president and then prime minister of Serbia, Aleksandar Vucic, gladly visited it and praised their catfish steaks.