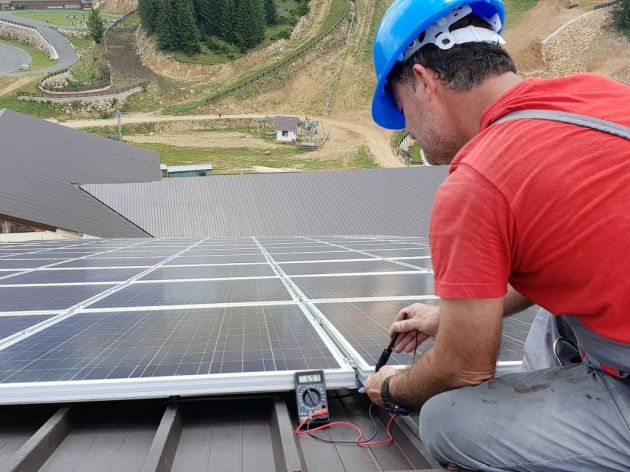 Illustration (Photo: Alex Csiki from Pixabay )
A public call for subsidies for the installation of solar panels has been announced in early September, and local authorities have the right to apply. The invitation for citizens is expected to be announced in early December, as the spokespeople from the Ministry of Mining and Energy stated for eKapija.

Subsidies for the installation of solar panels and accompanying installations for electricity production, intended to satisfy personal needs of family households, will amount to 50% of the total value of works.

The Government of Serbia has issued a decree prescribing the criteria, conditions and manner of calculation of receivables, and obligations between buyers-producers (prosumers) and suppliers.

How much can be saved

According to certain estimates, the average consumption of electricity per household in Serbia is about 400 kWh, for which an average of about 3,500 dinars is paid.

- If the average consumer installs 5kW solar panels on their roof, which produce at least 430 kWh on average in Serbia, at the end of the month they will only pay the fixed costs in the amount of about 700 dinars and save around 3,000 dinars per month - the ministry explains .

- Considering that half of the investment is subsidized by the state and local authorities, citizens would pay around EUR 2,000 for installing the solar panels of the stated power. That investment would pay off in about 6.5 years, after which the citizens would have negligible costs in the next 20 years, considering they would only pay for fixed costs - the ministry spokespeople pointed out for our portal.

Customers-producers will have a two-way meter, which means that they will deliver the surplus produced electricity to the distribution network, while in periods when they cannot produce enough electricity for their needs, they will withdraw energy from the network.

- If at the end of the month they produced more electricity than they consumed, that amount would be transferred to the next month - the ministry states.