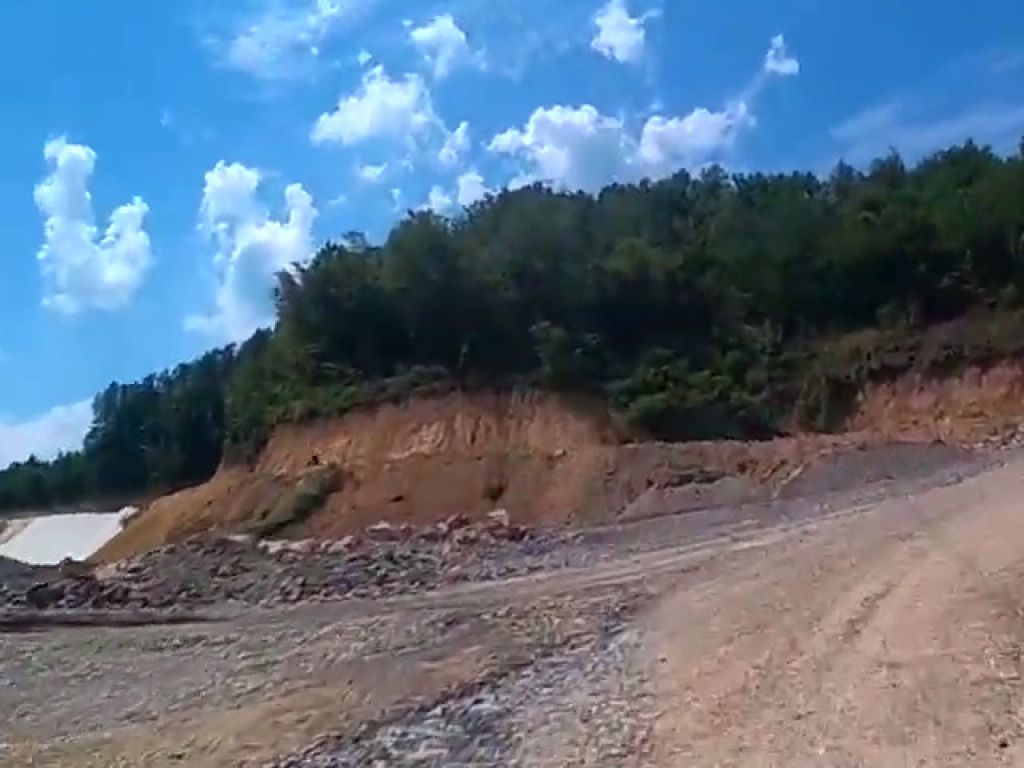 Slag heap in Zajaca (Photo: Youtube/snapshot)
The Ministry of Environmental Protection has opened the public procurement of services of preparation of a technical solution for the securing of the stability of the Zajaca landfill, as well as the development, repair, closing and recultivation of the landfill.

The repair and recultivation of the industrial slag heap landfill for the waste from the smelter in Zajaca near Loznica began in 2016. The state had set aside around EUR 2.2 million for the repair of the landfill, which contains 600,000 tons of heavy metals and which is designated as one of the black ecological spots in Serbia, and the completion deadline was one year.

At the time, the repair was announced as one of the most important environmental projects in Serbia in the past 10 years, but the job was stopped due to problems with the project.

As explained in the specification of the most recent tender, during the works on the repair of the Zajaca landfill in 2017, done in line with the project-technical documentation prepared by the Kirilo Savic Institute, there was a need for additional works toward the solving of the problem of the stability of the landfill’s slopes in certain spots.

It is said that, in 2018, the Belgrade-based company Ehting d.o.o. prepared a revised project of the repair of the Zajaca landfill and that the works continued on the basis of the prepared technical solution, but that, at the very beginning, on several occasions, the proposed technical solution was amended due to the need for the amendment to the geotechnical study, which dramatically increased the projected value of the works, so the further realization of the repair was abandoned.

A new public procurement therefore opens now. The subject is the preparation of a technical solutions for the securing the stability of the body of the Zajaca landfill and the repair, remediation and recultivation of the landfill’s slopes in the locations defined within the revision of the project.

The tender is open until September 14.