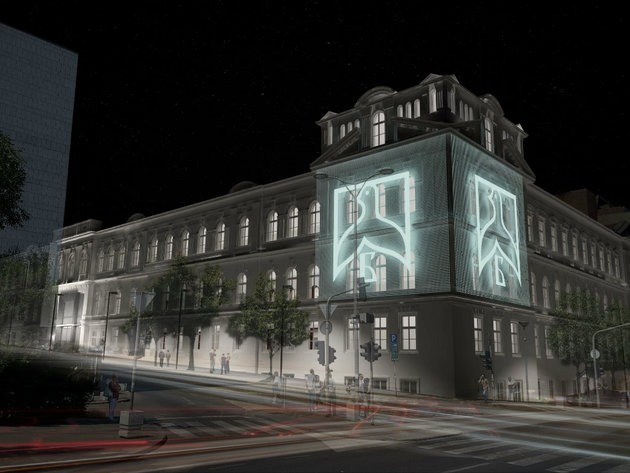 The future look of the museum (Photo: Služba glavnog gradskog urbaniste)
The Belgrade Secretariat for Investments has opened the tender for the reconstruction of the Belgrade City Museum, and the value of the works has been estimated at nearly EUR 24 million without the VAT.

According to the deputy mayor of Belgrade, Goran Vesic, it will be the biggest Serbian museum, on nearly 18,000 m2, bigger than even the National Museum and the Museum of Contemporary Art, that is, “like a fourth of the Louvre”.

– This building is not being raised from scratch, but, in essence, it has never had a museum purpose, so it is a new museum. In order to finish this job, we will need two and a half to three years, and the rough estimate of the value of the works is EUR 25 million – Vesic said, as reported by Beoinfo.

As he added, the conditions for the contractor are “very difficult”, because nobody who hasn’t already built museum and who doesn’t have experience in that field will be able to apply. The facility is fully protected by the Institute for Protection of Cultural Monuments of Belgrade.

The works should start in November.

Let us remind that, after the preliminary design for the Belgrade City Museum building was selected in 2016, the next steps toward having this cultural institution getting its own building were taken in February 2019. The urban project for the reconstruction, extension and repurposing of the facility at 40b Resavska Street was prepared by the Center for Urban Development Planning – CEP. 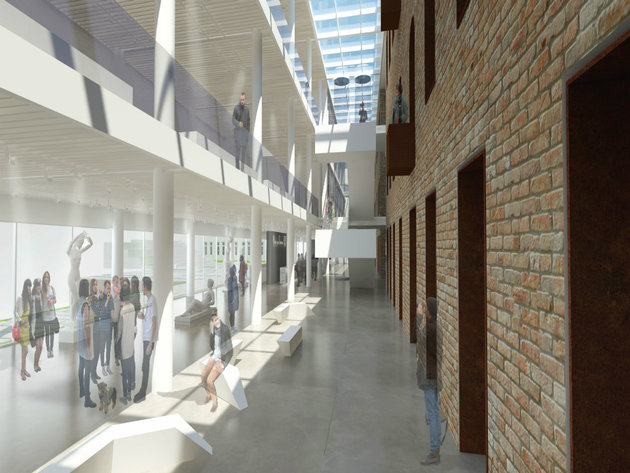 (Photo: Služba glavnog gradskog urbaniste)
According to the urban project, the reconstruction of the existing facility is necessary for adapting the space to the new purpose.

– The first floor is planned for permanent exhibits in the part of the building facing Bircaninova Street – the project documentation says.

According to the project, the part facing Nemanjina Street will feature a depot of museum and study collections. The part of the second floor facing Bircaninova Street is planned for permanent exhibits and spaces for educational workshops with the accompanying sanitary rooms. The part facing Nemanjina Street is meant for a depot of paintings, sculptures and furniture. The loft is meant for the museum’s administration, management and accompanying services. 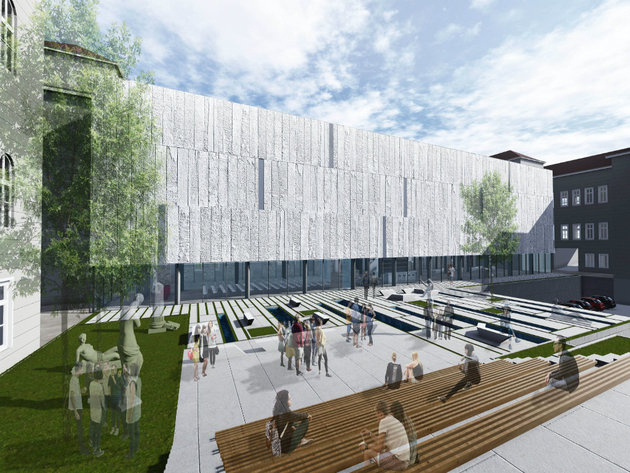 (Photo: Služba glavnog gradskog urbaniste)
The plan includes the demolition of the current central staircase, which is oriented toward the yard, as well as the entrance staircase and a part of the gallery, for the purpose of forming a representative hall. The yard of the facility is integrated into the public spaces of the museum. The central motif of the yard is an archaeological lapidarium – a part of the museum’s outdoor exhibit. An exterior amphitheater with street furniture is also planned within the yard.