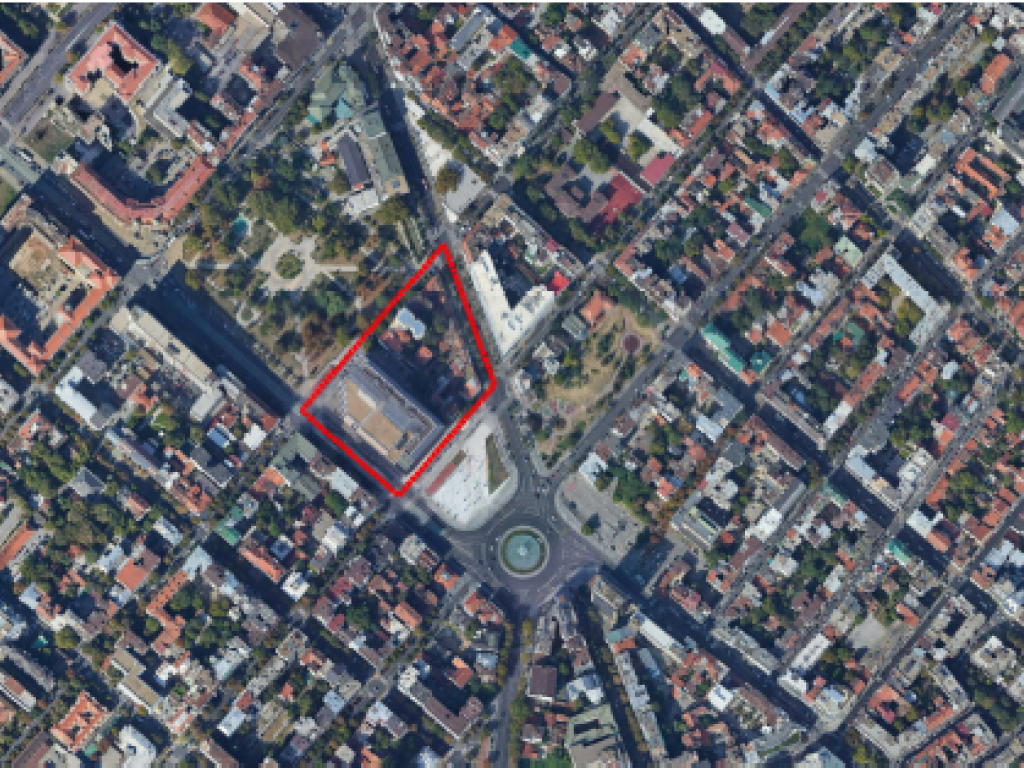 (Photo: Stefial/urbanistički projekat/printscreen)
The company Maison Royal, in cooperation with the Belgrade Architects Association, has opened the urban planning and architectural contest for the area between Slavija and the Manjez Park.

The contest is open, survey-like, single-degree, international and anonymous, and the works need to offer solutions for a part of the block between Kralja Milana, Svetozara Markovica, Nemanjina and Kralja Milutina streets in Belgrade. The selected designs will act as the basis for the formulation of the planning design and the preparation of the urban planning documentation for this area, the announcement says.

Let us remind that, as announced earlier, residential and office high-rises are to be built on the stretch between Slavija and the Manjez Park.

According to the study prepared by Stefial d.o.o, a company owned by soccer player and current coach of Red Star Belgrade Dejan Stankovic, the purpose for this area is to be developed into a new, polyfunctional city center.

The works may be submitted by October 4, 2021, and the details can be found in the PDF file.

Log in to view complete information:
Forgot your password? Click here HERE
For free test use, click HERE
Latest
Most read
Declaration on Reducing EU-Western Balkans Roaming Prices Signed 06.12.2022.
Innovation from Nis Keeping Bees in Serbia and Kenya – Updated Version for 2023 Season Being Prepared 06.12.2022.
Air Serbia Announces Flights from Belgrade to Another 4 European Cities for Summer Season 06.12.2022.
Implementation of Electronic Services at BRA in May 06.12.2022.
Investors Discovering Cost-Effectiveness of Small Solar Power Plants Which Are Being Raised in Serbia in Droves – Electricity Prices Growing, Experts Advice Joining Forces 05.12.2022.
Rajac, the Harvest and the Investors – Bangladeshi Company Which is Building the Dhaka Subway Wants to Build the First Hotel, Price per Are Growing 14.11.2022.
What the Wave of Russian Emigration Brings to Serbia and Its Economy – New “White” Russians or Regular Economic Nomads? 02.10.2022.
Austrian Railway Company Planning to Enter Serbian Market Next Year 22.11.2022.
Učitavam ...
Weather
Weather forecast