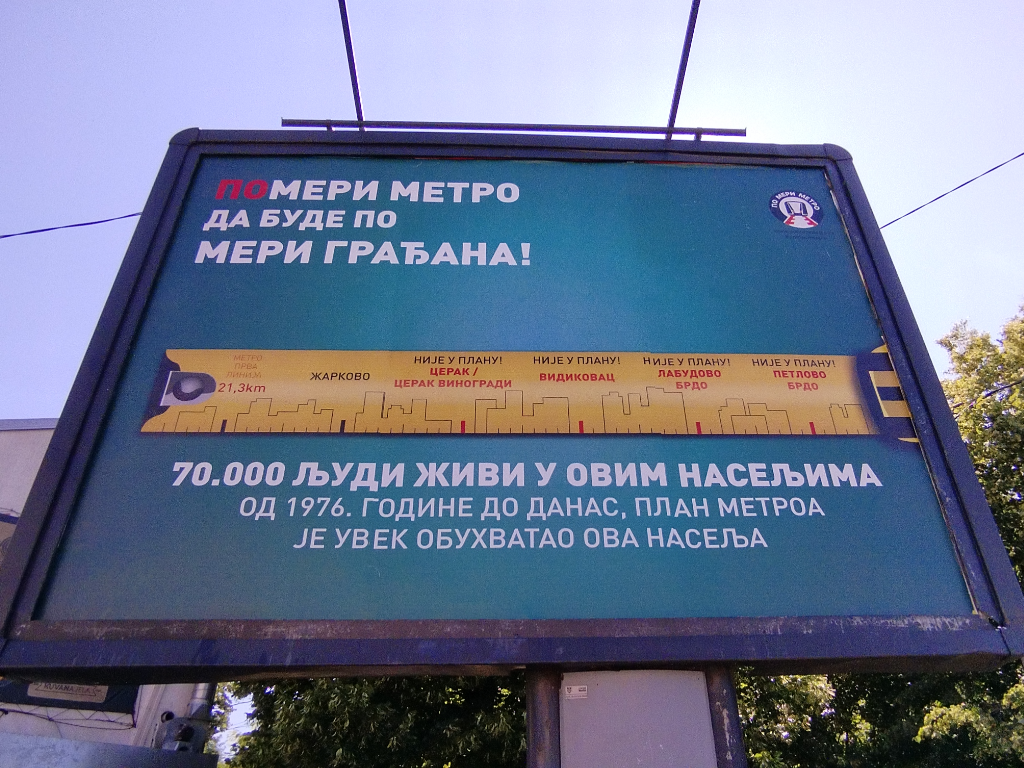 (Photo: Miloš Vučković)
The “Po Meri Metro” association of citizens has launched an initiative proposing the adoption of a solution for line 1 of the Belgrade Subway which would encompass the Clinical Center of Serbia (KCS) and the new main railway station Prokop. They point out for eKapija that this option is not something that they are the first to propose, but that “such an option was offered by the experts in the still unadopted General Regulation Plan for the rail systems in Belgrade”. The association’s initiative also entails the construction of a leg from Zarkovo to Cerak, Vidikovac and Petlovo Brdo.

KCS is the biggest hospital center in the state, where citizens from all parts of Serbia are treated, our interviewees point out. Annually, over a million patients are taken care of there and more than 50,000 surgical procedures are carried out.

As the plan is for the new railway station Prokop (officially Belgrade Center) to become the central point of the railway network of Serbia and the central point of future fast railways in the upcoming period, the association believes that it should be included as part of the route of the first subway line.

– The railway station Prokop is expected to see a great increase in the number of passengers in the near future, with the planned expansion of the BG Voz lines and the completion of the fast railway to Novi Sad. It is designed for 40,000 passengers a day and, combined with the first subway line, could become one of the most important transfer points in the city – they emphasize.

Another goal and proposition of this association is to build a leg from Zarkovo to Cerak, Vidikovac and Petlovo Brdo. Over 70,000 people live in these neighborhoods, they point out.

– Although all the earlier plans since 1976 envisaged a subway line passing through there, in the new one, it has been replaced by a tram line, which we consider unjustified. These are neighborhoods designed with subway transport in mind and all the infrastructure has been adapted to it for decades now. It is already justified for a subway line to go through them and it will be even more so in the next decades, when the number of residents in the zone that this leg of the subway system would cover is expected to grow. Also, we could say that we know from experience that a tram line is in no way an adequate substitute for a subway line – the association explains.