New Sports Town to be Raised in Bezanijska Kosa – Three Halls, Residential Facilities and New Courts to be Built for University Games 2023 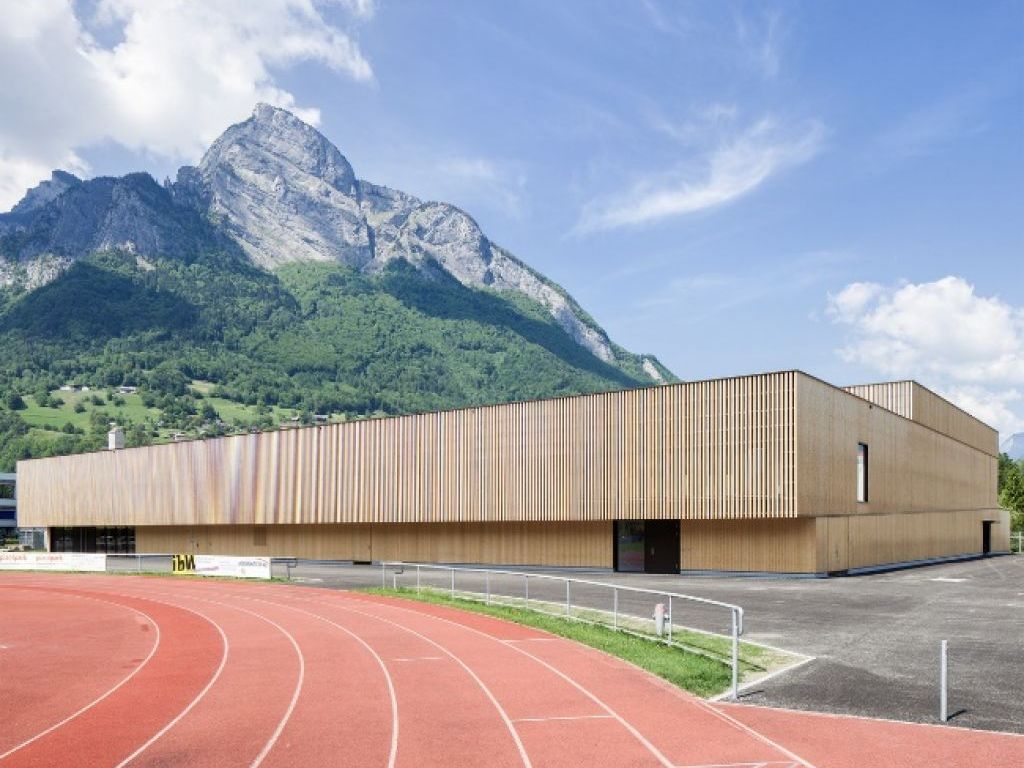 Example illustrating the facades of sports halls and the forming of access areas (Photo: Kancelarija za upravljanje javnim ulaganjima/ Projektni zadatak)
In Bezanijska Kosa, there is a plan to build a new complex of the University Sports Center and the Office for Public Investment Management has opened the public procurement for the preparation of the project-technical documentation. Bids may be submitted by July 13, 2021.

According to the project task which is an integral part of the tendering documentation, the construction of the complex will create the conditions for organizing student tournaments, and the primary goal is the organization of the University Games 2023, a tournament that would be held within the newly built sports complex.

The future sports complex will be located in the Belgrade neighborhood of Bezanijska Kosa, on an area of 98,712 m2. The parcels are located within the block bordered by Arsenija Carnojevica Blvd on the north side, Tosin Bunar Street on the east side, Partizanske Avijacije Street on the west side and Blagoja Marjanovica Mose Street on the south side.

According to the project, due to the rationalization of the investment, the idea is for most of the existing sports courts to be kept or repurposed into other sports courts.

The main sports court with stands and a running track should remain in its current position. The dimensions of the grass field should primarily allow for soccer, rugby and American football matches. The running track needs to be reproportioned to match all the athletics standards, in order to allow for the organization of tournaments. The existing concrete stands should be used, reconstructed and covered, and their capacities should be close to 3,000-5,000 seats.

The six existing basketball courts, according to the plan, are to remain where they are, and, depending on the state of the floors, reconstruction and potential replacement of the hoops needs to be planned.

Instead of the soccer courts in the south side of the parcel, five tennis courts are planned, with minimal stands on the western side.

In line with the needs of the University of Belgrade, three sports courts need to be built, with an administrative section, a conference center and other features such as a gym, spaces for cultural and art associations, additional sports courts for table tennis, squash…

According to the conceptual solution of the Expert Team, these features are distributed across two sports facilities: main sports hall and a secondary facility – sides sports halls. 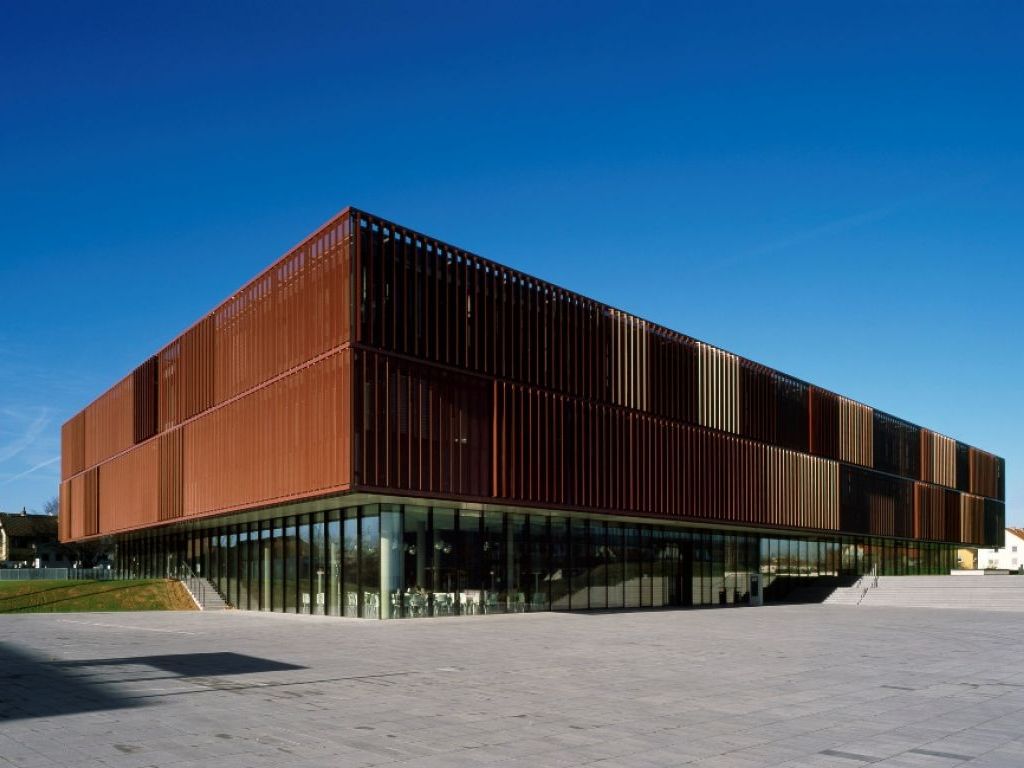 The residential part of the sports center, according to the project, is located in the eastern part of the complex, between the side facility and the future volleyball center. The facility should consist of two parts: a north part as a gallery with an atrium between the two three-story facilities and a south part as a five-story single-tract building.

Maximum usage of “green architecture” in residential facilities is required, in the form of green roofs and walls and a selection of natural materials. 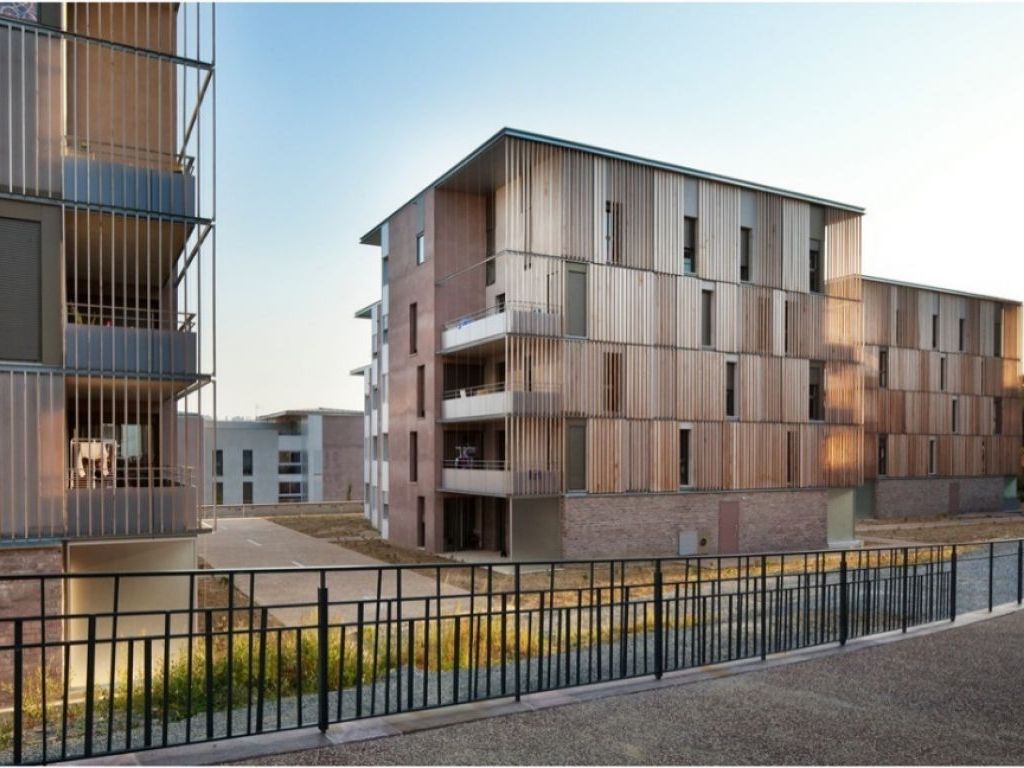 Example illustrating the materialization and colors of the residential facilities – the facades are dominated by wood, concrete and steel with plenty of glass surfaces (Photo: Kancelarija za upravljanje javnim ulaganjima/ Projektni zadatak)