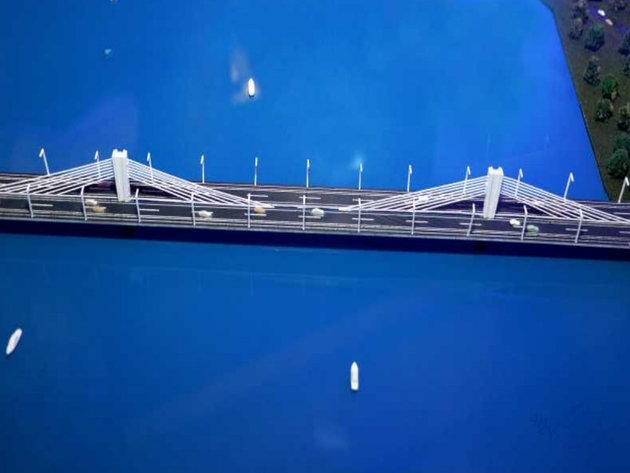 (Photo: Jaroslav Pap)
Members of the city parliament of Novi Sad have adopted the planning document for the construction of a fourth bridge in Novi Sad, which should be built as an extension of Evrope Blvd.

The bridge will be built as an extension of Evrope Blvd, go through Sodros and Ribarsko Ostrvo, to the bypass route in Sremska Kamenica. It will connect the street network of Novi Sad with the Srem side, as well as the international E-75 road with the future Fruska Gora Corridor.

– There are intensive activities on this project with the Chinese partners as well. The Ministry of Construction, Traffic and Infrastructure has already signed the memorandum based on which the preparation of the technical documentation has started. The general project has been completed and the Audit Commission of the Republic of Serbia has rated it positively – the City of Novi Sad announced.

The total length of the bridge, along with the ramps, is 2.4 km, and the profile of the bridge consists of two lanes in each direction and pedestrian and cycling lanes on each side. This will be the first bridge with an extraordinary cycling infrastructure.

– The feasibility of its construction is best shown by last year’s statistics, which show that our city is growing, that it has over 400,000 residents and around 120,000 registered vehicles, and this kind of growth requires a fourth bridge, which will enable the busiest route in the city, from the Freedom Bridge to the Railway Station, along Oslobodjenja Blvd, to be unloaded. All the intersections on that stretch are very busy. Also, the bridge will connect state roads, Srem, Macva, Posavina and Semberija, with Backa, and facilitate access to Novi Sad for citizens of these regions, and it will also connect with the Fruska Gora Corridor.