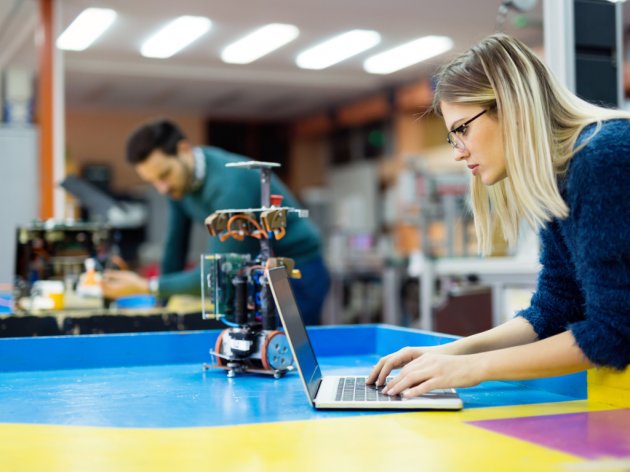 Illustration (Photo: nd3000/shutterstock.com)
The opening of a new highly innovative technological unit of the Continental R&D center in Novi Sad was the topic of a meeting between the mayor of Novi Sad, Milos Vucevic, and representatives of that company. As the mayor said, it was once again confirmed that the arrival of Continental completely changed the economic position and raised Serbia and Novi Sad to a higher business league, it is stated on the City's website.
- They delivered everything that was agreed, and more than that. Every time we meet, they announce new plans that they want to realize with the City, the University, that is, with our state. Wider Center in Pupin's Palace where he will rent another 1000 m2, which means that he will occupy over 9000 m2. I believe that Continental will also be part of the Science and Technology Park, which should be open to companies by the end of the summer. We expect the beginning of their greenfield investment next to Zrenjaninski put near Kac. It is one of the most potent locations for the development of an industrial park. We have completed the archeological research at that site, and we will start equipping the utilities in August. The city will invest almost a billion dinars in the new industrial park, since North 4 will be filled soon. Continental can count on the full support of the City, and I am especially glad that the Serbian part of their team is strengthening, that is, that they respect our experts. Many will find a job in that company and have fantastic salaries, they will not have to go abroad, and I believe that people will return to work in such a company - Vucevic emphasized.
Vice President of Continental, Marcus Möll said that investments are being made in Novi Sad on a unit that deals with car user experience.
- We will employ more labor and strengthen the production facilities. We also plan to build a greenfield facility and closer cooperation with the University. That is why we will meet with the representatives of the Faculty of Technical Sciences, because, above all, we expect cooperation with engineers in the field of electronics. In the next few years, we plan on hiring around 200 new engineers, improve the technological process and increase the competitiveness of our products on the market - said .
As the director of Continental Automotive Serbia, Sasa Coringa, assessed, there is a lot of effort behind each of their new investments.
- I thank the units that are already present here in Novi Sad, because they showed the whole world how Serbian engineers know how to develop new technologies. Serbs are more than ready to dictate trends, so it was decided that a new unit should be formed in Novi Sad. Colleagues worked day and night to prove that Novi Sad is ready for that - concluded Coringa.
Companies:
Continental Automotive Serbia d.o.o.
Fakultet tehničkih nauka Univerziteta u Novom Sadu
Grad Novi Sad
Naučno-tehnološki park Novi Sad d.o.o. Novi Sad
Tags:
Milos Vucevic
Markus Möll
Sasa Coringa
research and development center
Pupinova palata
Zrenjaninski put
Kac
North 4
Share: