Kolubara mine union requires deposition of minister and threatens general strike – “We will not import electricity”, Mihajlovic says 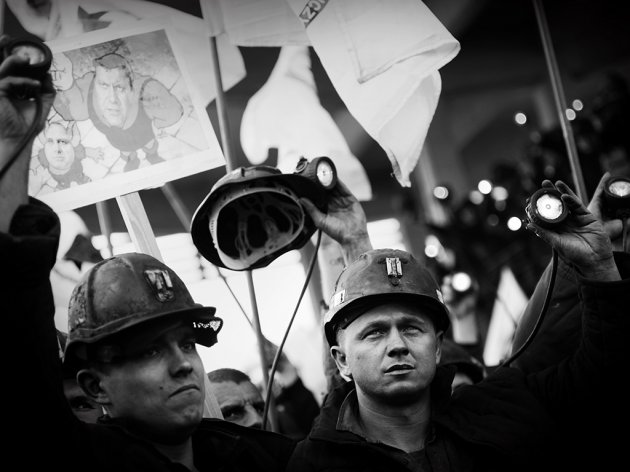 Illustration (Photo: praszkiewicz/shutterstock.com)
The president of the union of the Kolubara Mining Basin, Miodrag Rankovic, said today that a general strike would be organized unless the minister of mining and energy Zorana Mihajlovic was removed from her position and added that she “represents the interests of the lobby of the importers of electricity”.

As he said for the Danas daily, “we have expected minister Mihajlovic to invite our representatives for a talk after the protest gathering that we organized on Monday, but she hasn’t done so, instead talking to Milan Djordjevic, the president of the EPS union, who supports her position”.

– He does not represent the interests of Kolubara’s miners, because it was determined at our gathering that he cannot be trusted. In case Zorana Mihajlovic is not removed from her position, we will organize a general strike in order to have this and all our other requests realized – Rankovic said.

Rankovic pointed out that, at the end of the week, or next week, he would talk to the president of Serbia, Aleksandar Vucic, who is to be introduced to the problems that the miners are facing on that occasion.

Mihajlovic: Serbia will not be an importer of electricity

The main question that we need to consider is what we want for our energy in the next 20, 30 and 40 years and my task as the competent minister is to think what Serbia will look like in 2050, Mihajlovic stated today.

She added that, for the state and the citizens, the most important thing was to be secure in terms of energy, to have enough energy and to have it produced in a sustainable manner.

– No one is going to close thermal power plants, nor will workers lose their jobs – Zorana Mihajlovic said.

She said on TV K1 that the state would have to have half of its energy mix come from green energy by 2050 and that it was very important to build new capacities for the production of energy from other sources, the ministry’s website reported.

– Serbia will not import electricity, because we will have increased capacities of thermal power plants through revitalization, a new block, Kostolac B3, and we will start building new capacities from other sources as well. Why wouldn’t we build wind farms, hydro power plants and solar power plants when we have such big potential? Why pay carbon taxes that would drain all our income? And if we say that the construction of a new thermal power plant is not approved, it means that we’ve sat down and examined all the documentation from the past period, considered the present moment, aware that the construction of a new TPP would burden the budget and the citizens. There have been no decisions on the construction of the TPP Kolubara B. This is not a dominant topic in the energy sector. The most important thing is for EPS to work and to be an efficient company and for the current projects to be built as soon as possible, such as Kostolac B or the wind farm that has been built since 2016 – she said.

The Balkans and coal, a story with an end? – What the region’s countries plan

When asked to comment on the announced shutting down of TPPs Morava and Kolubara A, Mihajlovic reminded that the plan was in the Strategy of Development of Energy from 2012 and that they don’t produce power as it is.