Is TPP Kolubara B, a project in waiting for 37 years, to be built? – From a justified investment to a bad path for Serbia 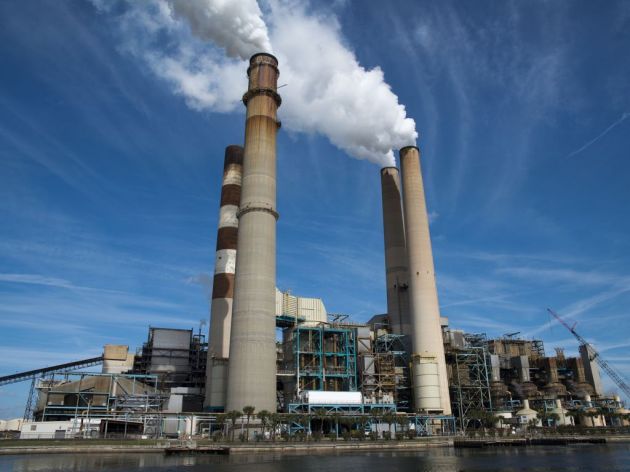 Illustration (Photo: Rebecca Humann from Pixabay )
The construction of the Thermal Power Plant Kolubara B, a project in waiting for 37 years now, was the topic of the meeting between the presidents of the unions of EPS and Kolubara and Kostolac mines with the minister of mining and energy of Serbia, Zorana Mihajlovic.

The ministry’s position is that decisions regarding new investments must be reached together and that a good energy plan for the next 20-30 years is needed, they said after the meeting and announced that a body for the plan of operations and thermal capacities until 2050 would be formed within the government.

– The main question is not whether new capacities are to be built, but what is justified in this situation, whether we should revitalize the existing power plants and do everything in our power to produce electrical energy in a sustainable way – Mihajlovic said.

The Ministry of Mining and Energy has confirmed for Radio Free Europe that “as of this moment”, they have not approved the construction of the TPP Kolubara B.

The day before, the union of the Kolubara mine organized a gathering of the workers at the construction site of this power plant near Kalenic, Municipality of Ub, due to, they say, the letter sent to EPS by the ministry, where it is required for all the activities toward the construction of the TPP Kolubara B to be stopped.

Minister Mihajlovic denied that the existing thermal power plants would be shut down, but also emphasized that “we have to consider whether to build some new capacities or not”.

Let us remind that the first decision on the construction of the TPP Kolubara B was reached in 1984, and the works started in 1988, but stopped three years later due to the sanctions imposed on the Federal Republic of Yugoslavia.

In 2018, it was decided for the state to reactivate this project, and the Ministry of Construction, Transport and Infrastructure put the Study of the Preparation of the Special Purpose Spatial Plan for the Construction of the TPP Kolubara B up for an early public review in November 2019.

The PE EPS and Chinese company POWERCHINA signed, in March 2020, the Preliminary Agreement on cooperation on the completion of the construction of the power plant.

The acting director of EPS, Milorad Grcic, said in November 2019, that the analysis has shown that the beginning of the construction of a new block of the TPP Kolubara B, in the location between Ub and Veliki Crljeni, was justified.

– The cost-effectiveness of the construction of the new block of the TPP Kolubara B, in Kalenic, in the location between Ub and Veliki Crljeni, has been proven – Grcic said at the time.

– The technical study shows that it is justified to continue building such a project, given that the need for electricity will grow in Serbia and the world and that we will need new facilities, Antic said in November 2019.

The position that the construction of this thermal power plant, as well as the investments in Kolubara A, were not a good path for Serbia, was expressed in late October 2020 by the EU Delegation to Serbia.

– The announced construction of the TPP Kolubara B and the investment of money in the extension of the life cycle of Kolubara A are not a good path for Serbia, because the EU is trying not to use coal and fossil fuels – stated Antoine Avignon, the program manager for the environment and climate at the EU Delegation to Serbia at the online panel “Air Quality – From the European to the Local Level”.