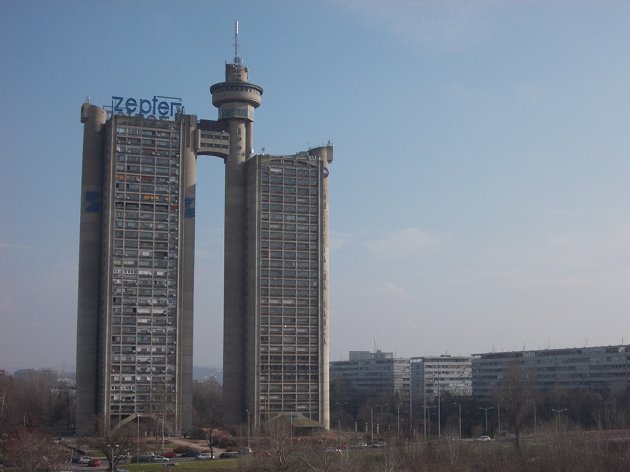 (Photo: Nevena Cukućan)
The PE for Shelters (JP za sklonista) has once again opened a public invitation for bids for the works which entail the reconstruction and extension of the existing shelter in Block 33 in New Belgrade, at 43 Narodnih Heroja Street, that is, near the Genex Tower, using a co-investment model. The previous invitation, which opened in early April, fell through, because only one bid was sent, which was withdrawn before it was opened, the company told eKapija.

The Property Directorate of the Republic of Serbia and the PE for Shelters, as the user of public shelters and the investor, intend to realize the project with the selected bidder as a co-investor.

The plan is for a free-standing office facility to be formed through the reconstruction and extension. It should have a ground floor plus two floors and a loft and have a gross floor area of 8,280 m2, of which 6,061 m2 above ground, with 56 parking spaces in an underground garage and 20 parking spaces on the parcel.

The bidder, as a co-investor, is supposed to use its own funds to prepare the technical documentation, obtain the building permit, register the works, secure professional supervision and carry out the reconstruction and extension of the existing public shelter facility, as well as the works on the external development, and to install the connections to the utility infrastructure. Upon the completion of the construction, it is supposed to obtain the exploitation permit.

Also, after the completion of the construction and the obtaining of the exploitation permit, the Republic of Serbia, with the right of use of the PE for Shelters, will be provided with at least 25.62% of the net usable area of the newly built space for use, and the remaining part of the area can be used by the selected bidder, as a co-investor. The Republic of Serbia remains the owner, and the PE for Shelters remains the user of the land on which the construction is to be carried out, where the public shelter is located. They will also get floor-based ownership and a part of the newly built office space.

The criterion for the rating of the bids is the highest offered percentage of the net usable area of the built space that would belong to the Republic of Serbia. In case two or more bidders offer the same conditions, the commission will carry out the bidding procedure for the purpose of selection of the best bidder immediately after the opening of the bids and after the procedure of rating the submitted bids.

Bids may be submitted within 15 days of the publication of the ad.