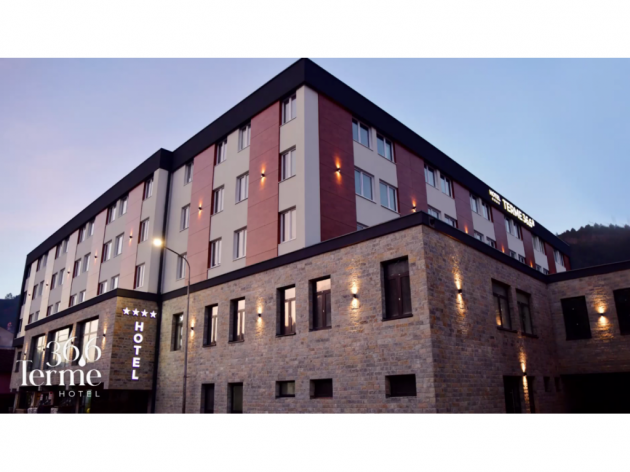 The Terme 36.6 complex entails the eponymous hotel with four stars in the center of old Priboj, which spreads on 5,000 m2, a spa and wellness center in Pribojska Banja and presidential villas with pools, sports courts and a zoo.

The hotel’s name refers to the temperature of the medicinal spa water, which is 36.6 degrees Celsius.

The former Hotel Priboj opened in 1950 and was one of the most beautiful hotels in southeast Serbia, later known as Bic. With time, it became completely dilapidated.

The reconstruction was carried out by private company Terme 36.6, owned by Goran Despic, which also plans the construction of a luxury boutique hotel with five stars in Pribojska Banja.