Noble Metals in Serbia Where They Haven’t Been Sought Before – Platinum Detected Near Takovo, Gold on Golija and Both on Fruska Gora 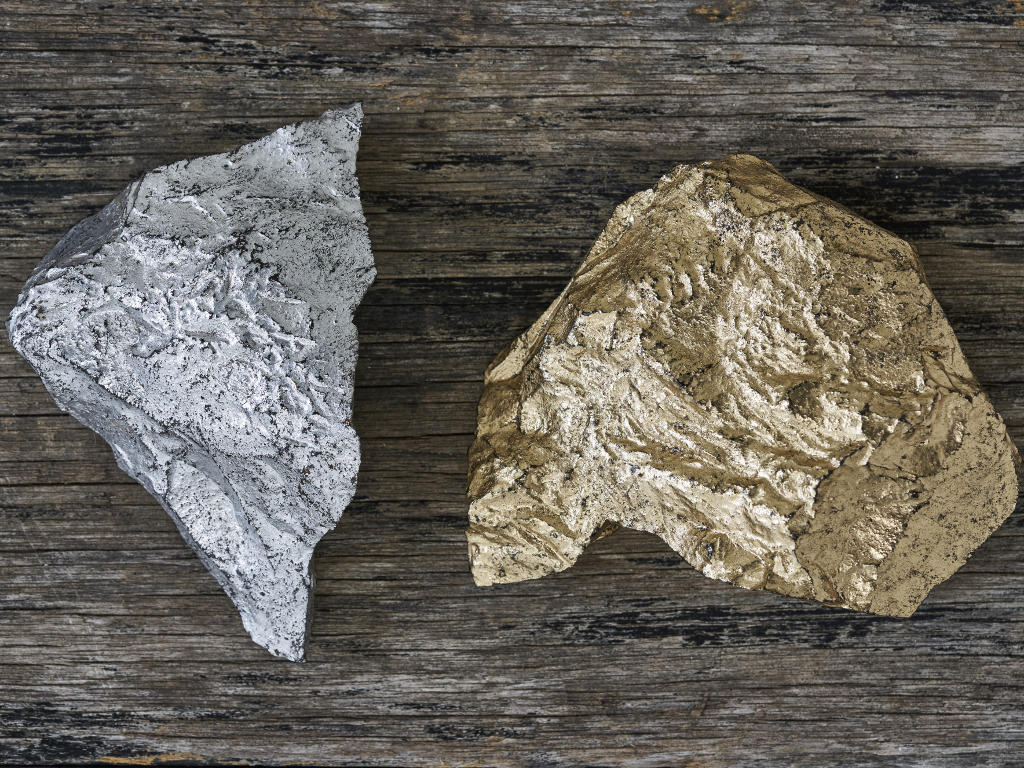 Illustration (Photo: My name is boy/shutterstock.com)
It is known that Serbia lies on enormous ore reserves, as was recently confirmed by the minister of mining and energy, who said that the estimated value of the mineral reserves in Serbia exceeded EUR 200 billion.

In addition to numerous foreign companies, the state is also exploring ores in Serbia. As can be seen from the Rulebook on the Determining of the Annual Program of Basic Geological Research for 2021, adopted by the Ministry of Mining and Energy, the state has been continuously working on researching metallic mineral resources since 2016 with the aim of increasing the overall potential of resources of metallogenic areas and sites when it comes to noble metals, but also other valuable metals.

Based on the research done so far, a large number of previously unrecorded occurrences of metallic mineral resources and unknown mineralization of gold, platinum, copper and other precious metals were detected, the document says.

In the Takovo area, in 2016, within the metallogenic research in the ultramafic rocks of Serbia, a considerable presence of the platinum group of elements, which belong to noble metals, was detected.

– This indicates that other ultramafic rock terrains in Serbia should be explored in more detail to the end of detecting unknown mineralization, primarily metals from the platinum group of elements – the document says and adds that, although all the optimal geological-petrological conditions for detecting sites of the platinum group of elements, but also gold and the accompanying mineral resources in the ultramafic rocks of Serbia, are there, substantial research has not taken place.

Already in 2017, exploratory works in the area of Gokcanica (a village near Kraljevo), were carried out and a high gold, silver, copper, lead and zinc content was detected.

In 2018, ultramafic and contact rocks in the Deli Jovan area (a mountain near Negotin) were explored, as the location is known for mercury sites, and spots containing elements from the platinum group, gold, silver, lead, copper, zinc, iron, nickel and cobalt were detected.

In 2019, in locations on Fruska Gora, on an area of around 130 km2, higher platinum, silver and gold content was also detected in ultramafic rocks.

Last year, the first phase of the research of ultramafic rocks in this area was completed, and the second one is beginning this year, entailing laboratory testing in the areas of Gokcanica and Deli Jovan, but also Lipovac near Aleksinac and Veluca.

The completion of the research is planned for 2025.

As eKapija already wrote, the state has been searching for noble metals on Golija and Ozren too since 2018. The results, according to the same document, show that these are very promising terrains.

Also, in 2018, the research of metallic mineral resources accompanied the preparatory construction works in the Corridor 11 area, especially the construction of Munjino Brdo and Laz tunnels, revealing substantial gold sites and high silver content in those locations.

Research on the Preljina-Pozega section, but also the Ruma-Sabac-Loznica route, is planned for 2021.