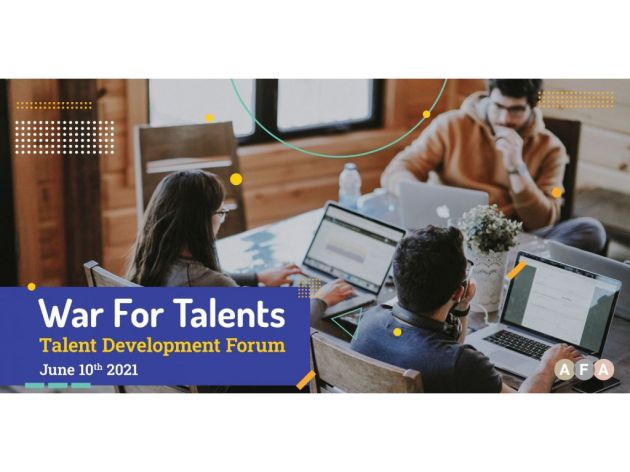 How to explain the fact that talents are the biggest value in companies and that there’s competition over them in the market, while, at the same time, we are witnesses to talented people leaving the country and the inability to find them, develop them and keep them in companies, but also in the country?

Recognizing the significance and importance of this topic, the AFA COMMUNITY, with the support and partnership of IKEA and numerous other partners, is organizing the first Talent Development Forum on June 10 in a virtual 3D space.

The Talent Development Forum will become a traditional place of the gathering of all the relevant actors in the labor market – from employers, through students, universities and education institutions, to the government and policy-makers, the announcement says.

A survey of the positions of employments and students is in progress and will be presented at the forum. The survey will act as the starting point for a dialogue between young people, faculties and companies about the challenges they are facing due to the constant changes in the labor market and the appearance of entirely new professions, caused by the accelerated digitalization of all social processes.

Everyone who registers will have the opportunity to hear first-hand, from the best students, winners and champions of various world contests from various universities, about the needs and the expectations young people have from companies, but also vice versa – there will be an opportunity to hear the examples of the best practices in attracting, keeping and developing talented people.

Furthermore, the forum will also gather professors from Serbia who teach at the most prestigious world universities, as well as the most progressive representatives of the academic community from Serbia, who will present the most successful methodologies and approaches to the development of students who meet the demands of the labor market of the 21st century. Another topic will be the new professions of the future and the skills necessary in a globalized world, which is developing on the basis of innovations and technologies.

More information and the link for the application for the First AFA Talent Development Forum can be found at https://talent.afa.co.rs/