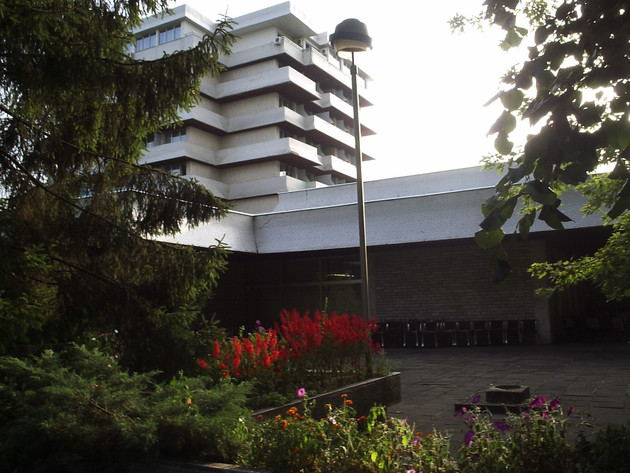 Hotel Termal in Mataruska Banja (Photo: Wikipedia)
The Usce-based company FMO Ekonom from Usce, the buyer of Mataruska Banja and Bogutovacka Banja, which operated as a single entity for a long time, says that the aim is to revive these once popular spas in the Kraljevo area.

– We want to put everything back into operation. We bought the spas with honest intentions, not to resell them and make a profit from it, but with the aim of reviving them, and I hope that we will manage to do so – the director of FMO Ekonom, Dejan Antonijevic, says for eKapija.

According to him, everything is still in the planning phase, but the priority is to put back into operation hotels and spa baths primarily.

He reveals for our portal that the preparatory works for the reconstruction of the most valuable property, Hotel Termal in Mataruska Banja and Hotel Mineral in Bogutovacka Banja, have already begun.

– We will certainly not aim for the popular model of Slovenian thermal spas. We will keep the spirit that the spas used to have. The aim is to save the spa and not to go for sheer commercialization. But the fact is that the accommodation capacities need to be increased, because the current ones were built in the 1970s and they are insufficient for the current demands. There’s plenty of land there and there’s a possibility of the construction of new hotels and apartments, but we will certainly not turn the spa into a “city”. Furthermore, there are also buildings which are protected, such as old villas, which we will reconstruct – the new owner says.

He also points out that Bogutovacka Banja has high quality springs:

– It’s great water, and, in the entire Europe, it is only a German spa that has anything comparable. The water was used for the treatment of nerves, which we now call stress.

The plan is to also build an aqua park in Mataruska Banja.