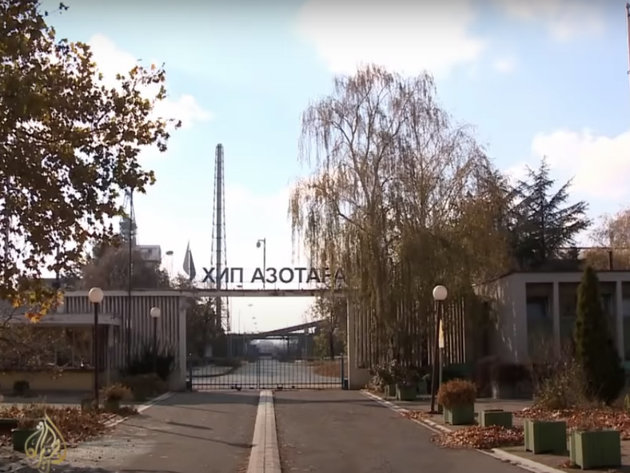 (Photo: YouTube/screenshot/ Al Jazeera Balkans)
The Novi Sad-based company Promist has made the best bid at the public bidding for the purchase of Azotara Pancevo in bankruptcy, worth RSD 650 million.

The decision on whether the offer is to be accepted will be made by the Board of Creditors of HIP Azotara, because it is lower than 50% of the estimated value of the company.

Another company took part in the public bidding, but it only confirmed the initial price of RSD 581 million, which is only 5% of the estimated value of the company.

HIP Azotara in bankruptcy was offered for sale for the third time, at a further decreased initial price of RSD 581.3 million, the Bankruptcy Supervision Agency announced in April.

The artificial fertilizer and nitrogen compound producer is being sold as a legal entity, a single factory complex, with production and storage facilities Amonijak, Azot, AN, KAN, NPK and Karbamid, as well as energy, management and laboratory facilities.