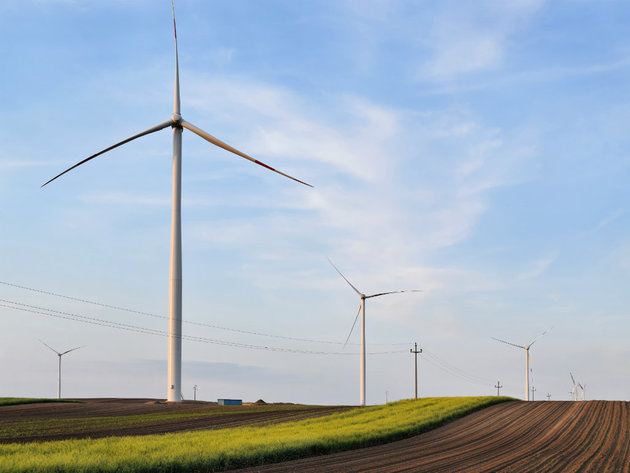 Illustration (Photo: Zvone/shutterstock.com)
The works on the gas thermal power/heating plant (TE-TO) in Pancevo are in the final stage and the goal is for it to be put into operation in the third quarter of 2021, the director of Gazprom Energoholding Serbia, Pavel Sergeev, told Tanjug and added that Gazprom Energoholding was also considering plans for construction of other thermal power plants in Serbia, as well as the construction of wind farms.

He pointed out that the preparatory works for the commissioning of TE-TO Pancevo were being carried out at that moment.

– As investors, we have secured a stable and constant financing of the works on the construction of the power plant. Due to the coronavirus epidemic, the implementation of the state of emergency in Serbia and the difficulties regarding the supply of the equipment and the arrival of the staff, the deadline for the commissioning of the facility has been moved, but our aim is to put the thermal power plant into operation in the third quarter of 2021 – Sergeev said.

He pointed out that the operators of TE-TO Pancevo have gone through the training at the facilities of Gazprom Energoholding in Russia, where they were introduced to the advanced experience of their colleagues when it comes to reliable and safe work of energy equipment.

Sergeev said that the realization of the project was directed at meeting the needs of the Pancevo Oil Refinery, owned by NIS, for the heating energy and the supply of consumers in Serbia and the neighboring countries with electrical energy.

– TE-TO Pancevo will be the first steam-gas power plant in Serbia with modern and high-tech equipment, whereas the use of natural gas as a fuel is more ecologically acceptable, so it will contribute to Serbia meeting its goals as regards sustainable development – he said.

He added that the realization of the project created the possibility of creating new jobs for experts from Serbia.

Sergeev emphasized that Serbia and the Balkans region as a whole remained one of the promising directions of development of the international operations of Gazprom Energoholding.

– We are considering projects of construction of thermal power plants in Serbia for the purpose of meeting the needs of the populace and the industrial sector for the heating energy, as well as projects within the cooperation with the guaranteed consumer of process steam. Considering Serbia’s goals regarding the reduction of the carbon footprint, we are considering the possibility of taking part in the realization of projects of alternative energy, including an independent project of construction of a wind farm with installed power of 200 MW – he emphasized.

Sergeev revealed that preparatory works for a project in areas with the necessary wind potential were being carried out at that moment.

– We will carefully follow the auctions that have been announced by the Ministry of Mining and Energy for wind farm projects – he concluded.