Agreement on Construction of Corridor 5c through RS Signed – Works from Rudanka to Putnikovo Brdo to Cost BAM 93.7 Million 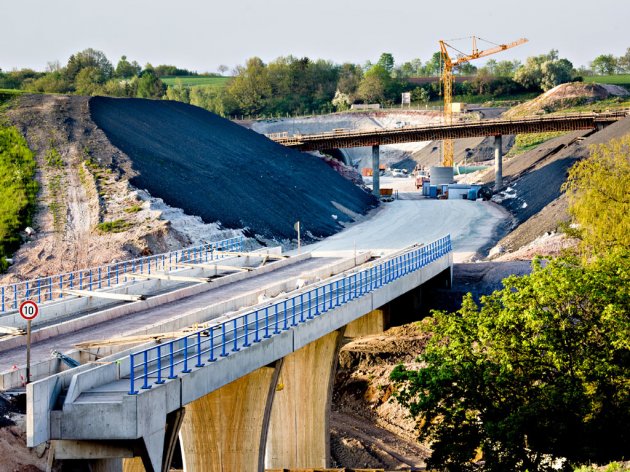 Illustration (Photo: Val Thoermer/shutterstock.com)
Representatives of Autoputevi Republike Srpske and Integral Inzenjering have signed, in Banjaluka, the agreement on the designing and construction of a highway on Corridor 5c through Republika Srpska, on the route from Rudanka to Putnikovo Brdo.

The agreement was signed by the director of Autoputevi Republike Srpske, Dusan Topic, the acting director for technical operations of the same company, Milenko Dakic and the director of Integral Inzenjering, Slobodan Stankovic.

Topic said that the agreement was a special challenge, entailing the construction of two tunnels, and that this was the eighth agreement on highway construction signed by the company.

– We have 105 kilometers of built highways behind us, which are functional. We can say with pride and satisfaction that we have a good project behind us here, that we have achieved good prices and that we have secured excellent quality and met all the deadlines – Topic said.

Stankovic pointed out that a very important agreement had been signed, the realization of which would enable the company to raise its technological level.

He said that the company employed around 2,000 workers, that they worked on projects in North Macedonia, Serbia, Slovenia, Croatia and B&H and that they had EUR 300 million in contracted jobs.

The contracted value of the works from Rudanka to Putnikovo Brdo is EUR 93,719,409, the completion deadline is three years, and the project will be financed from a loan of the European Bank for Reconstruction and Development and grants from the Western Balkans Investment Framework.

The section is around six kilometers long and features several demanding structures, such as the bridge on the river Bosna, a viaduct, an overpass, a cut and two tunnels.