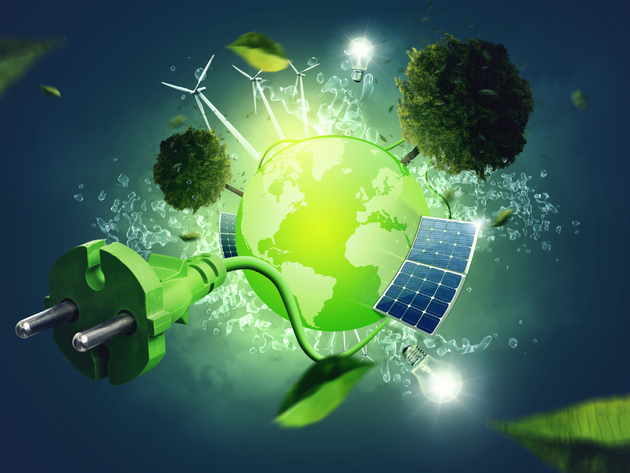 Illustration (Photo: lassedesignen/shutterstock.com )
The preparation of an integrated national energy and climate plan is strategically important for Serbia and, along with the adoption of four mining and energy laws, the state is moving toward a whole new energy policy, said Serbian Minister of Mining and Energy Zorana Mihajlovic.

– It is important for us to be as efficient as possible and I would also like to ask the members of the working group and the consultants to have the Draft Integrated National Energy and Climate Plan prepared much before December. The ministry is there to work day and night with the consultants so that we would have this strategically important document as soon as possible. I would also like to inform you that four mining and energy laws, a turning point in our energy sector, will be adopted at the National Assembly today. Furthermore, we are beginning the preparation of an energy development strategy. The Law on Climate Change and the Strategy of Low-Carbon Development have been adopted as well and these are all important steps toward a new energy policy of the state – said Mihajlovic, who presided over the first meeting of the Managing Board of the project “Further Development of Capacities for Energy Planning” on April 20, according to the ministry’s website.

Within this project, the Draft Integrated National Energy and Climate Plan (INECP) for 2021-2030 will be prepared, with a vision until 2050.

The INECP will define the goals of increasing energy efficiency, renewable energy sources and reduction of emission of greenhouse gases for 2030 and also the policies and measures for their fulfillment, in line with the orientation of the Republic of Serbia toward a greener and cleaner energy, it is added.

Assistant finance minister at the Sector for Contracting and Financing Programs from the European Union Funds, Marko Jovanovic, emphasized the importance of the EU’s pre-accession help and said that its results were apparent in many fields. He added that environmental-energy projects such as this one best reflected the significance of that help when it comes to the citizens’ quality of life.

– The main goal of the project, worth EUR 900,000, which is financed by the European Union through the IPA 2017 program is to upgrade the regulatory framework for the energy policy and to harmonize with the requests of the Energy Community and the EU acquis, which will contribute to the integration of energy and climate goals – Jovanovic said.

This important strategic document, which harmonizes and integrates energy and climate goals is being done through the project which, through indirect management, is financed by the EU (IPA), for which an agreement with the contractor from Greece was signed in February 2021. Among other things, the project envisages public consultations and consultations with the Energy Community, the preparation and adoption of the Report on the Strategic Environmental Impact Assessment and the adoption of the INECP by the Government of Serbia.
Companies:
Ministarstvo rudarstva i energetike Republike Srbije
Ministarstvo finansija Republike Srbije
Tags:
Sector for Contracting and Financing Programs from the European Union Funds
Marko Jovanovic
Zorana Mihajlovic
National Energy and Climate Plan
Draft Integrated National Energy and Climate Plan for 2021 2030
INECP
mining and energy laws
Law on Climate Change
Strategy of Low Carbon Development
Further Development of Capacities for Energy Planning
IPA 2017
Report on the Strategic Environmental Impact Assessment
Share: