Mei Ta plans new investments in Obrenovac - Construction plans for either the company's largest logistics center in Europe, or the third production plant 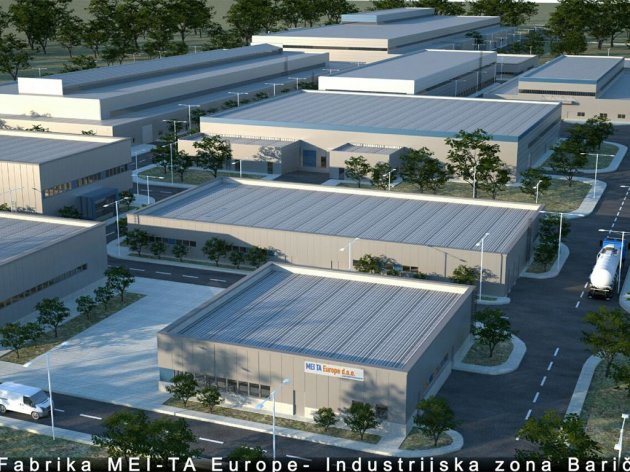 (Photo: Beoinfo)
The Chinese company Mei Ta, which produces parts for cars and motorcycles in two factories in the Obrenovac industrial zone Baric, is planning new investments at that location.

As they have told eKapija in the Municipality of Obrenovac, last year the representatives of the company discussed two options for a new investment with the local authorities.

- The original idea of ​​the chairpeople of Mei Ta was to build the company's largest logistics center for the whole of Europe in Baric. That way, all the logistics they need to do business in Europe would be located here. Later on, they also considered the expansion of production, i.e. the construction of the third plant, considering the good production results lately. Both of these options are still on the table - the spokespeople from the Municipality told us.

They pointed out that the company currently employs 3,000 people in Obrenovac and that the first two phases of the investment have shown exceptional results.

The first Mei Ta plant in Obrenovac was opened in 2017, and the second plant only two years later. A total of EUR 150 million has been invested in both factories, out of which the state of Serbia financed 35%.

At the opening of the second plant, the Minister of Finance, Sinisa Mali, announced the possibility of building the Chinese investor's third plant in this Belgrade municipality.

Furthermore, the company recently submitted a request to the Ministry of Environmental Protection for approval of the Environmental Impact Assessment Study of the fifth phase of the project of building a car parts factory in Baric. As they specified in the Municipality, the factory in question is the final production phase facility, and it has already been constructed. B. P.
Companies:
MEI TA Europe Obrenovac
Gradska opština Obrenovac
Tags:
automotive parts production
factory construction
logistics center construction
Share: