Belgrade Planning Procurement of 130 Trams and 154 Trolleys by 2033 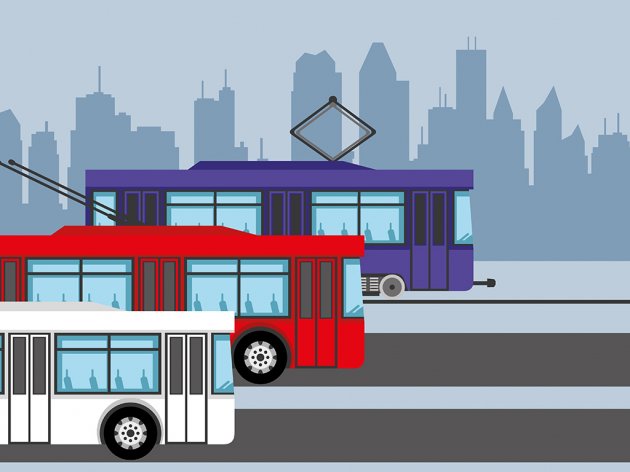 Illustration (Photo: TRONIN ANDREI/shutterstock.com)
The City of Belgrade is planning the procurement of 130 trams and 154 trolleys by 2033, as announced in Moscow by the president of the City Assembly of Belgrade, Nikola Nikodijevic, during his visit to the company PC Transport Systems, as reported by Beoinfo.

The City of Belgrade will continue renewing its rolling stock. The aim is a more comfortable and reliable public transport system, Nikodijevic announced and reminded that the average age of the trams on the streets of the Serbian capital was 34 years, with trolleys 11 years old on average.

– That is why a delegation from Belgrade is visiting this rail vehicle factory in Moscow, in order to get to know the technology and the experiences that the Russian side can offer. We are grateful to our hosts that we have been given the opportunity to see first-hand the production facility for rail vehicles, their servicing technology and to learn about the experiences when it comes to maintenance and technical support – Nikodijevic said.

He announced that, in the near future, the rail system would become the dominant form of transport in Belgrade. This form of public transport, he said, would enable a quicker transport, but also a more even development of the city.

MALI: Preparation of Law on Subway System Close to Completion

The Pandemic and the Industry of Material Handling Equipment

The Strategy of the Development of Public Line Transport of Passengers and the General Regulation Plan of the Rail Systems envisage the expansion of the Belgrade tram network of 41.3 kilometers (31 kilometers by 2033), as well as the construction of four new tram depots.

PC Transport Systems is a Russian company which specializes in the production of urban electric vehicles: trams, trolleys and electric buses. Since its founding, it has become the leading Russian producer of tram cars and a leader in the implementation of innovations in electric public transport.