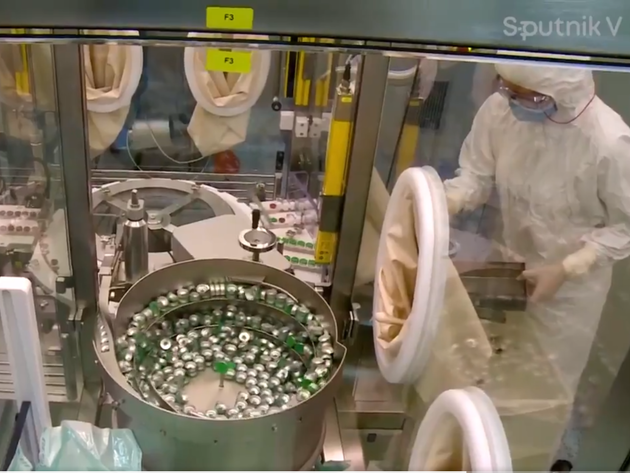 (Photo: Twitter/screenshot)
The first series of control doses of Sputnik V vaccine was filled into ampoules at the Torlak Institute, the Minister without portfolio in charge of innovations and technological development, Nenad Popovic, announced on Twitter.

- Today, in the presence of experts from the Russian Direct Investment Fund of the Government of Russia and the Russian pharmaceutical company Generium, the first series of control doses of the Sputnik V vaccine was filled at the Torlak Institute - Popovic wrote.

Russia Confirms: Production of Sputnik V Vaccine at Torlak to Begin by May

The Minister added that the production of the vaccine at the Torlak Institute will start on May 20.