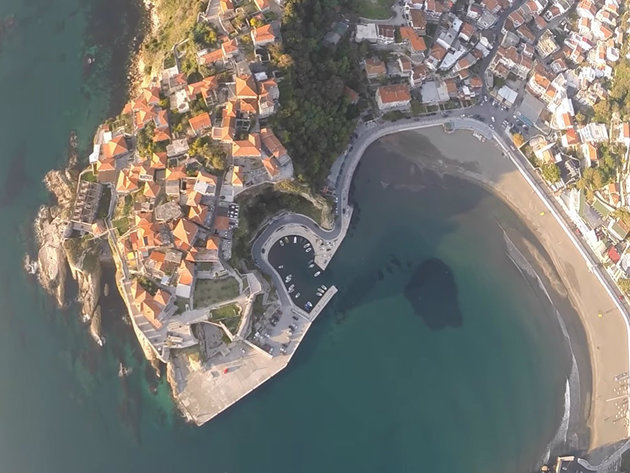 Ulcinj (Photo: Youtube.com/Screenshot)
The Podgorica-based company Roksped has advertised the sale of an attractive parcel in Ulcinj, which used to feature Hotel Galeb, whose owner it became after the former government of Dusko Markovic withdrew the lawsuit regarding the ownership over that piece of land.

That put an end to the saga about Roksped and whether and when it was to build a new hotel in the same place, after it was bought and demolished by Galeb in 2006, Vijesti reports.

The sales ad, placed by the Podgorica-based real estate agency Fido Veritas, says that the total area of the urban parcel is 42,500 square meters, of which Roksped owns 24.3 thousand square meters, whereas the rest is meant to be a coastal area belonging to the location.

Furthermore, it is added that the financial investment in the beach part is a form of rent toward to Public Enterprise for the Management of Maritime Goods and emphasized that the land is meant for the construction of a hotel. The total area of the tourist complex, the ad says, is close to 47,000 m2 on a maximum of 16 levels.

Four days before the parliamentary election on August 30, the government of the then-prime minister Dusko Markovic withdrew the lawsuit against Roksped in a procedure before the Basic Court in Ulcinj, thereby putting an end to the issue of ownership over the land, and the Podgorica-based company did not honor the obligations defined by the agreement it had with the state, Vijesti writes.