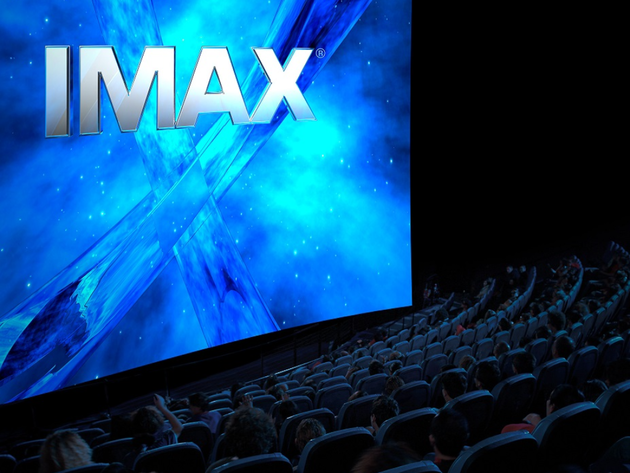 (Photo: Cineplexx)
Cineplexx, the largest movie theater chain in Serbia and the region, has announced that the visitors of the Cineplexx Galerija Belgrade movie theater will be able to enjoy the ultimate film experience in the world from today, because the IMAX ® hall is opening with a 3D screening of “Godzilla vs. Kong”. The hall is equipped with the IMAX ® laser technology, which features a laser projector of the latest generation and a specially prepared sound system. IMAX hall also has the biggest screen of all the multiplex cinemas in the region, with a total surface of 336 m2 and a length of 24 m, which is nearly twice as big as a tennis court.

With the IMAX laser, the visitors of the biggest and the most modern Cineplexx Galerija Belgrade cinema will experience new movie watching standards, because, thanks to the specially designed hall, seat arrangement and a giant screen, the field of vision is entirely filled by the movie itself, giving the viewer the feeling that they’re part of the story they’re watching.

Watching the biggest Hollywood blockbusters in the best technology in the world ever is now possible in Serbia as well. Numerous filmmakers use the IMAX technology, because it contributes to the experience of watching the film “as the director intended”. The continuation of the “Fast and Furious” franchise, the latest James Bond movie and the sequel to the cult favorite “Top Gun” are just some of the movies that will be available for viewing at the IMAX hall.

IMAX laser technology is synonymous with:

– Crystal clear image: High resolution, sharp, bright images with a deeper contrast, as well as the widest range of colors available to filmmakers, will provide the viewers with the most vivid images possible.
– New-generation precision sound: Patented speakers provide an incredible clarity and depth with a perfectly calibrated sound, which spreads evenly throughout the hall. The top audio quality is the result of as many as 12 audio channels, with additional channels on the sides and on the ceiling.
– Immersion IMAX: A specially designed hall with a stadium-like arrangement of seats, so as to provide an ideal viewing angle from every seat, as well as a special screen for the clearest images.

– With the opening of the first and only IMAX hall in Serbia, Cinemaxx is once again confirming its intention to be the leader in innovations by providing the latest technologies to the cinema audience, following the world standards in showing films on a large screen. The determination and the dedication when it comes to development and investments in Serbia have not been shaken even by the currently biggest crisis that the movie industry is going through – said Christof Papousek, the leading partner of Cineplexx International.

After the IMAX hall opens with a screening of “Godzilla vs. Kong” in a 3D version, between May 7 and 16, this and another hall of Cineplexx Galerija Belgrade will host the 49th FEST, under the slogan “Return to the Future”.

The screenings at Cineplexx movie theaters are organized in compliance with all the preventive measures proscribed by the Government of the Republic of Serbia, which pertain to the reduction of the risk of the spreading of COVID-19.
Companies:
Cineplexx SRB d.o.o.
Tags:
Christof Papousek
Cineplexx Galerija Belgrade movie theater
IMAX hall
Godzila vs Kong
IMAX laser technology
multiplex movie theater
Share: