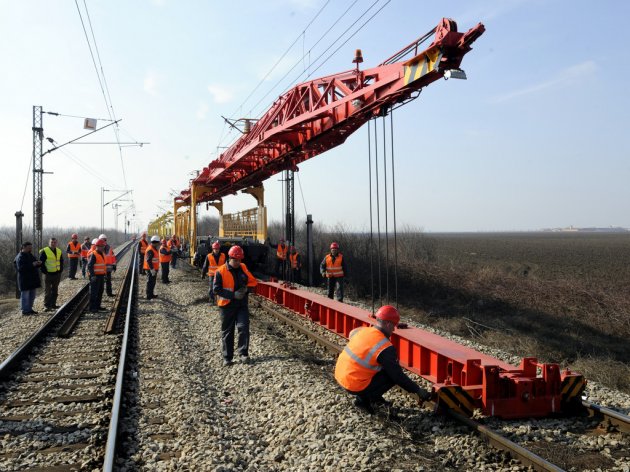 Illustration (Photo: bibiphoto/shutterstock)
The Chinese contractors on the project of construction of the high-speed rail from Belgrade to Novi Sad and Subotica have announced that the first section, from Belgrade to Stara Pazova, will be completed by the end of September.

Serbian President Aleksandar Vucic began the control of the works on the future railway, for a speed up to 200 km/h, on the section Belgrade Center-Stara Pazova, where he got a promise from the Chinese companies that the railway would be completed by the end of September and that it would be operational by the end of the year.

Also, when asked by the president when the construction of the final section of the high-speed railway from Novi Sad to the Hungarian border was to begin, the Chinese companies said that the works would begin on September 1.

Works are currently being done on the sections from Belgrade to Stara Pazova (34.5 km) by Chinese companies CCCC and CRI and from Stara Pazova to Novi Sad (40.4 km) by the Russian RZD International.

The project of a fast railway from Belgrade to Budapest was agreed between Serbia, China and Hungary within China’s global initiative “Belt and Road”.