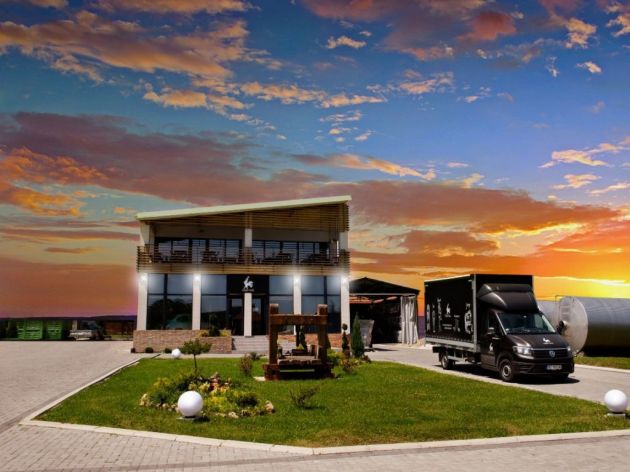 Pevac Cellar (Photo: Podrum Pevac)
“There’s always a good reason to give a toast” – that’s the motto of the Pevac Distillery, located in the village of Cvetojevac in Sumadija. Since 2008, it has been preserving the tradition, while using modern technology. The fruit brandy production capacity reaches 100,000 liters a year, whereas the capacity of the winery is 30,000 liters.

– Wine production is much more demanding. It is much harder to produce a good wine and preserve it and that process begins at the vineyard – the director of the Pevac Cellar, Aleksandar Stankovic, says for eKapija.

Fruit brandies are made through a careful process of distillation in a modern distillation column of 500 liters, powered by an automated steam boiler. That’s how they get authentic flavors – quince, pear, plum, raspberry, apricot and grapevine. The Stankovic family do not produce their own fruit, so they buy out the fruits from their subcontractors.

– The best ideas happen by accident and often at a bar. That’s the case with this fruit brandy as well – says our interviewee, adding that the production is manual, due to the gold leaves.

Kukuriku and Kokoda wines produced at a 6-ha vineyard

On the slopes of the Rekovac location, there is a vineyard on 6 hectares. The varieties found here are: Chardonnay, Merlot, Cabernet Franc and Cabernet Sauvignon.

The Pevac Cellar is also notable for the names of its wines, such as the onomatopoeic Kukuriku and Kokoda, or Gust (“Enjoyment”) and Zagrljaj (“Embrace”). Our interviewee especially highlights the Prokupac and Tamnjanika varieties, because, as he points out, these are Serbian indigenous grape varieties.

Pevac has also received important awards, including those from the biggest wine rating event in the Balkans, BIWC, but also the world competition in Vienna, AWC. 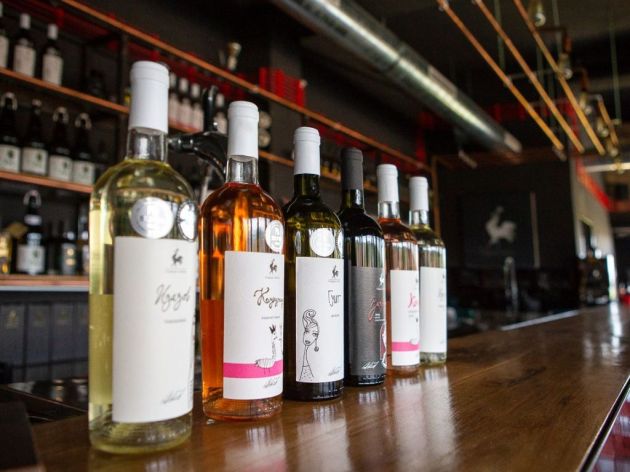 Craft beers for the chosen

That this house is a hedonist’s paradise is also shown by the fact that they produce craft beer.

– Two years ago, we started producing craft beer, namely, lager and pale ale, and the idea is to complement the offer at our restaurant, which is located within the winery, and to offer this beer to a small circle of select restaurant and bar owners – Stankovic says.

They also have big plans for the future – a new winery complex with apartments and sports courts, new Prokupac and Tamnjanika plantations, as well as several new products which are not present in the Serbian market.

There is a degustation room, featuring modern equipment, within the distillery, for all those who want to take a look at and taste what the Pevac Cellar produces at the moment.