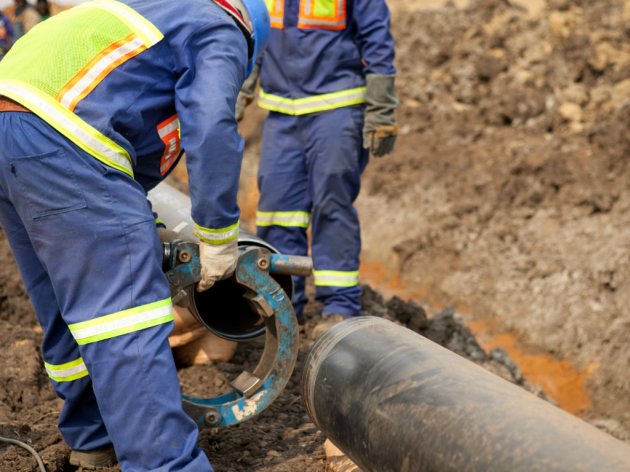 Illustration (Photo: Andrea Slatter/shutterstock.com)
The new gas pipeline which will connect Republika Srpska to the Balkan Stream in Serbia should be completed by 2026, the Ministry of Energy told Novosti.

This interconnection will increase the security of transport and supply, as well as Serbia’s income from the transit. This is one of the several joint energy projects that are very important not just for Serbia and Republika Srpska, but for the entire region as well.

As companies Srbijagas from Serbia and Gas-res from Srpska signed the agreement on its construction on March 16 in Banjaluka, now Serbia and Bosnia and Herzegovina need to sign this interstate agreement. At the moment, the ministry says for Novosti, there are no visible obstacles to the realization of the project.

In the territory of Serbia, the gas pipeline will be 95 kilometers long, and in Srpska, the length will be 325 kilometers. It will go down the route Indjija-Macvanski Prnjavor-Bijeljina-Banjaluka-Novi Grad. The planned capacity is 1.2 billion cubic meters a year.

The value of the project in the Serbian territory is around EUR 47 million, the ministry says. For now, except for the budget, no other source of finance is planned, but the option of applying for the EU funds will be considered as well.

And while there are no obstacles to the construction of the gas pipeline, the works on three hydro power plants on the upper Drina, built by Srbija and Republika Srpska, are trying to be stopped by a group of 24 MPs at the B&H Parliament by initiating a procedure at the Constitutional Court of B&H.

They are disputing Srpska’s right to award concessions for construction, although it territorially covers the area where the future hydro power plants are to be located.

– So far, the Constitutional Court of B&H has not made its position on the request known, and the Government of Republika Srpska filed a response to that institution, disputing the whole request, in a timely manner, on January 27.

They point out that, at the moment, the activities within this phase of the project have not been stopped and that they are going as planned. They are carried out by the project company of the business entity HES Gornja Drina, founded by EPS and Elektroprivreda Republike Srpske.

Serbian Energy Minister Zorana Mihajlovic recently said, following a meeting with her RS colleague, Petar Djokic, that it was in the interest of the energy security of the region for them to do everything in their power for the construction of the hydro power plants on the upper Drina to begin as soon as possible.

– When you look at all the feasibility studies, all three are certainly economically justified – Mihajlovic pointed out. – We need to keep connecting, because, otherwise, we will be excluded from all future connections and productions.

This will be a two-way gas pipeline, which means that connections to other pipelines in the region will be possible.

After Srbijagas and Gas-res signed the agreement, it was announced that the trading would be done on a commercial basis and that the most affordable, least expensive gas would be procured.