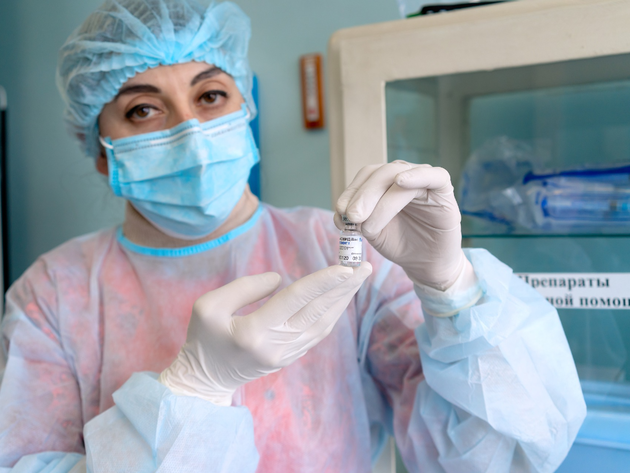 Illustration (Photo: Pixabay.com/Alexey Fedenkov)
The production of the Russian vaccine Sputnik V at the Torlak Institute is to begin on May 20, 2021. Serbia will thereby become the first country in Europe to produce Sputnik V, as confirmed at the meeting in Moscow held by a minister in the Serbian government and a co-president of the Intergovernmental Committee for Cooperation with Russia, Nenad Popovic, and the minister of trade and industry of Russia, Denis Manturov.

They confirmed the Road Map proposed by the experts from the Russian Ministry of Industry and Trade, the Russian Direct Investment Fund, the Gamaleya Institute and the Generium pharmaceutical company.

Popovic said that the road map was prepared based on the Russian experience in establishing the production of the Sputnik V vaccine in several factories in the territory of the Russian Federation and noted that the plan was for four million doses of the vaccine to be produced at Torlak in the first cycle.

He reminded that, at the meeting between the president of Serbia, Aleksandar Vucic, and the deputy prime minister of Russia, Yuri Borisov, which was held on February 15 in Belgrade, an order had been issued for the Road Map for the establishment of the production of the Russian vaccine in Serbia within a month and emphasized that it had been done before the deadline.

– By the end of March, we will sign an agreement on the transfer of technologies with our Russian partners, and by April 16, smaller quantities of the substance from which validation series of the vaccine will be made at the Torlak Institute, should arrive to our country – Popovic announced.

According to him, these validation series will be sent back to Russia within several days for analysis which is carried out by the renowned Gamaleya Institute.

The minister explained that the testing of the samples at the Gamaleya Institute would take 21 days and that, if confirmed as valid, the Russian side was to start a regular delivery of larger quantities of the substance which is used for the production of vaccines in Serbia.

He said that the first phase of the production of the Russian vaccine in Serbia entailed the transport of the substance, the filling of bottles in line with the highest technological standards, the packing and distribution of the vaccines in Serbia and the region.

The minister emphasized that this would require the procurement of complex technological equipment and expansion of the production capacities of Torlak, but added that he believed that the full-cycle production could start by the end of 2021.
Companies:
Institut Torlak
Tags:
Torlak Institute
Gamaleya Institute
Generium pharmaceutical company
Nenad Popovic
Denis Manturov
Sputnik V vaccine
production of Russian vaccine at Torlak
expansion of production capacities
production of Sputnik V
coronavirus
transport of a substance
filling of bottles
Share: