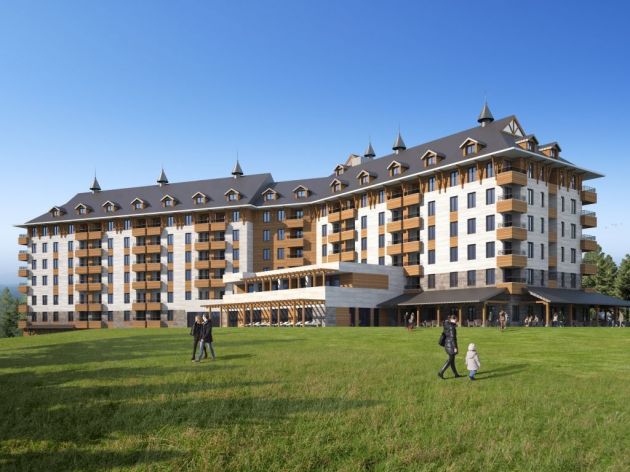 (Photo: Arkon/Idejni projekat)
Ten minutes away from Zlatibor center, in the settlement of Rujno, which is popularly known among the residents as “Zlatibor’s Dedinje”, a modern apartment hotel called Kraljica Zlatibora (Zlatibor Queen) is being raised. The investor, Brkovic grupa d.o.o. from Kragujevac, announces it as the most modern apartment hotel on the popular Serbian mountain.

As Nikola Brkovic, a commercialist at this Kragujevac-based company, says for eKapija, Kraljica Zlatibora is the first facility that Brkovic grupa is building on Zlatibor and that is why they want to make it impressive and special.

– We are building a mountain-style hotel, from natural materials such as wood, iron and stone. The whole façade would be made of stone, which is a special feature compared to the existing hotels on Zlatibor. Another thing that will set apart this facility is that the future owners will be able to lease the apartments without being physically present, through the hotel’s reception service and with the help of a smart home system – Brkovic says for our portal. 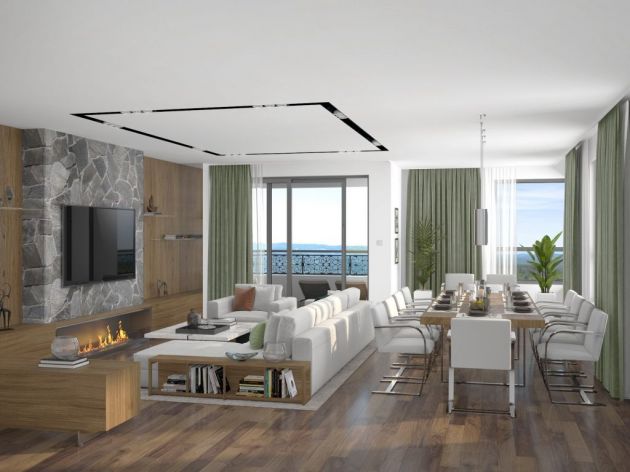 (Photo: Arkon/Idejni projekat)
He explains that the hotel, where a roof is currently being installed, will have 153 smart apartments, so their owners who decide to lease them will have an insight, through a mobile app, into when the guests have rented their apartment all the other activities concerning the renting of their apartments.

– The purchasers and the guest will be able to choose between seven different types of apartments, of 40 to 150 m2, and each apartment will have at least one separate room and its own balcony – Brkovic says and adds that the apartments have already been put up for sale. 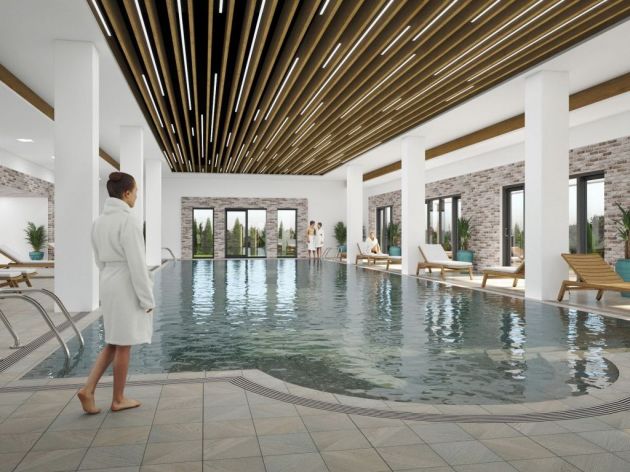 (Photo: Arkon/Idejni projekat)
Of the additional features, the apartment hotel, which will take up a total of 17,000 m2, will also have two home cuisine restaurants, an a la carte one and a buffet-type one, a large spa center for adults with a pool of 6x21 m, a sauna, massage rooms, a gym and a mini children’s spa center with slides and a smaller, round pool, and there will also be a playroom for children.

Furthermore, according to our interviewee, Brkovic grupa also follows the trends in congress tourism and, accordingly, in order to meet the needs of business people, Kraljica Zlatibora will also have a modern congress hall with 350 to 400 seats.

The construction of Kraljica Zlatibora, the preliminary design for which was prepared by Arkon from Belgrade, started in April 2020, and the investors expect all the works to be completed by December 2022. 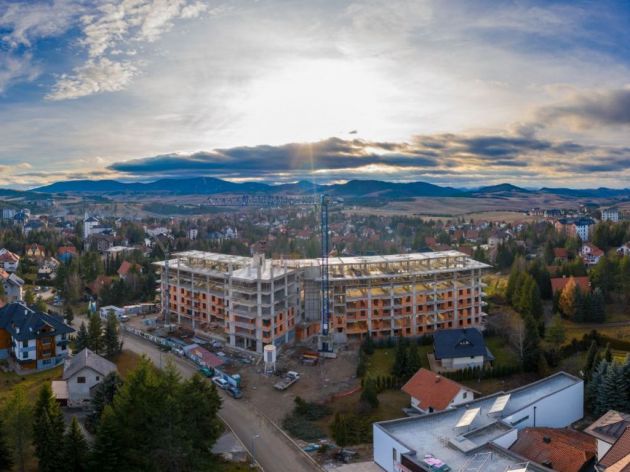 (Photo: Sava Milakov)
– In the next three months, we are looking at the completion of the roof structure, the installation of carpentry and façade works, and then also interior works concerning water and power installations – says Nikola Brkovic.

He points out that, by the end of the year, the so-called “grey construction”, executed by M&D gradnja from Cuprija, is to be finished and that, next year, the interior works are to be done – the equipping of the apartments, the restaurant, the reception hall, the spa centers and the finishing works, for which the contractors are yet to be picked.

Our interviewee says that, in the near future, Brkovic grupa plans more such and similar investments on Zlatibor and that they are already looking for land for construction.