(Photo: saiko3p/shutterstock)
The Belgrade Airport is seriously preparing for the normalization of air traffic once the coronavirus pandemic ends. The modernization and the expansion of the airport’s capacities worth EUR 750 million has been ongoing for a year now, and as the Belgrade Airport company told eKapija, the projects pertaining to ecologically sustainable development and operations have also started, with the aim of reducing the airport’s impact on the environment in the form of emission of harmful gases, the flow of waste waters and solid waste and to an improvement of the system’s energy policy through the use of renewable and more efficient energy sources.

– The construction of a new energy facility for the production and distribution of heating and electrical energy is in progress, and the works are expected to be completed in late 2021. This project will enable a switch from heavy fuels to environmentally more efficiency energy sources and a reduction of the emission of harmful gases – says the company which runs the Nikola Tesla Airport as the concessionaire.

They also reveal for our portal that the preparation of the technical documentation for the construction of a solar facility for the production of electrical energy is in progress and that the construction is to start in mid-2021.

– This ecological way of production of electricity, in addition to allowing independence in production, also allows for great savings to be made, both for the airport and in terms of using the available natural resources – points out the Belgrade Airport company.

Furthermore, the airport also plans the construction of a waste water treatment facility, as well as the implementation of an innovative system for reusing water.

– The full construction of a new fire-rescue base this year, with access and handling areas, will enable direct access to the runway and the taxiway system. The plan is for the new fire-rescue base to also be complemented by an innovative system for reusing water, which, along with said waste water treatment facility, will further improve the system of waste water management at the airport, the company says.

Construction of parking lot with 715 spaces to begin by May

When it comes to the expansion of the airport’s capacities, Belgrade Airport says for eKapija that most of the big works will be completed in the next three years, but that the reconstruction will mark this year in a visual and an operating sense. 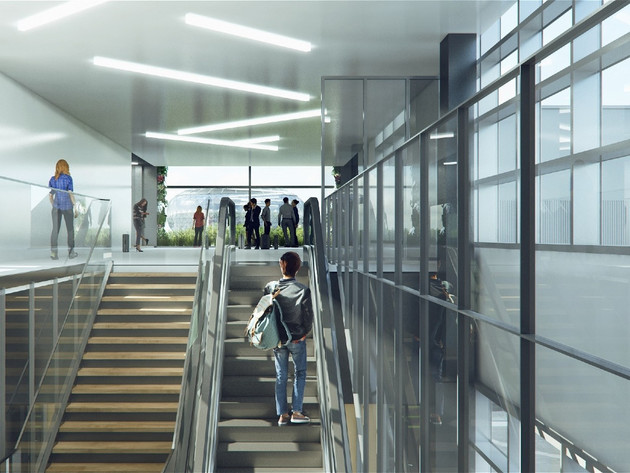 – The expansion of the terminal building started in 2020 and is part of the first phase of the project of expansion and reconstruction of the passenger terminal within which the finger pier C will be expanded by an additional 8 boarding exits, equipped with jet bridges, 5 exits for the boarding of passengers to open parking positions, an additional umbrella corridor for arriving passengers – the company says. 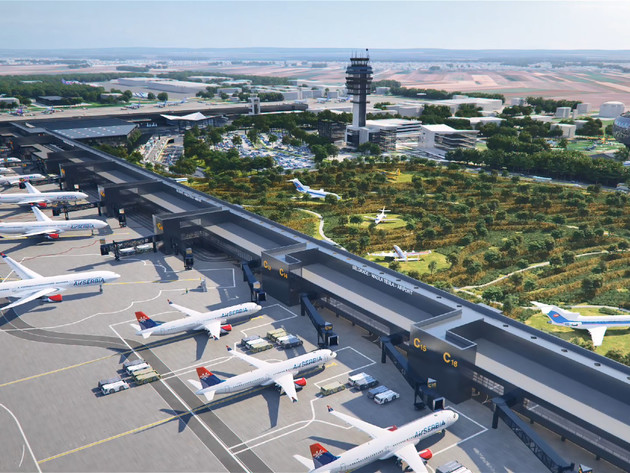 They remind that, parallel with these works, the plan is to also extend Platform C and Taxiway F on an area of around 47,000 m2, within which the forming of seven new parking positions for narrow-body planes is planned, with the possibility of having two such positions used alternatively for the parking of a wide-body plane, which will contribute to an increase in the capacities of the airport.

– The construction of Platform E is also part of the initiated first phase of the expansion of the platforms and entails construction activities on an area of close to 25,000 m2, across from the existing goods-customs terminal, which will enable an optimization of the capacities for the handling of airplanes in remote parking positions – they say for our portal.

They add that the beginning of the construction of a new deicing and frost-prevention platform, on an area of around 25,500 m2, is planned for the end of the first quarter of this year.

The operator of the Nikola Tesla Airport reminds that the preparatory works on the construction of an inserted runway of 3,500 m and the construction of new taxiways, some of which will be designed as taxiways for a quick exit of an aircraft from the runway, the kind of which, the company says, have not existed in the air traffic system in Serbia so far, is also planned.

– Furthermore, in the first part of this year, the reconstruction of access roads, the construction of new parking lots, the extension and reorganization of road lanes and a full reconfiguration of the access area in front of the passenger terminal are to begin. This project enables quicker access and traffic flow for taxi vehicles, public transport buses, tourist and out-of-system buses, as well as more than double the capacities for short-term vehicle parking. The new, modern parking lot for visitors, with 715 parking spots, in addition to premium spaces, will also feature spaces for people with limited mobility, as well as spaces with chargers for electric vehicles, and the plan is to also complete the works and open the parking lot for extended periods of time, with a capacity of around 1,500 parking spaces – Belgrade Airport says.

Finally, they remind for our portal that the rearrangement and modernization of the entire central zone for the passengers’ stay prior to the boarding was finished in late January, that it took five months and that it cost more than EUR 2 million.

– The works were carried out in cooperation with Dufry, the biggest tenant at the Belgrade Nikola Tesla Airport, and the new zone, which is entered right after the passport control, entails an expanded and modernized free shop on a larger area, with a greater selection of brands and a new walk-through concept, as well as the so-called Tesla Square, which provides passengers with a new resting zone, a new restaurant and a café bar, a gaming zone with free games and a new area for parents and children near gates A5 and A6 – the company says and emphasizes that free and unlimited wireless internet is available to passengers in the entire central zone. 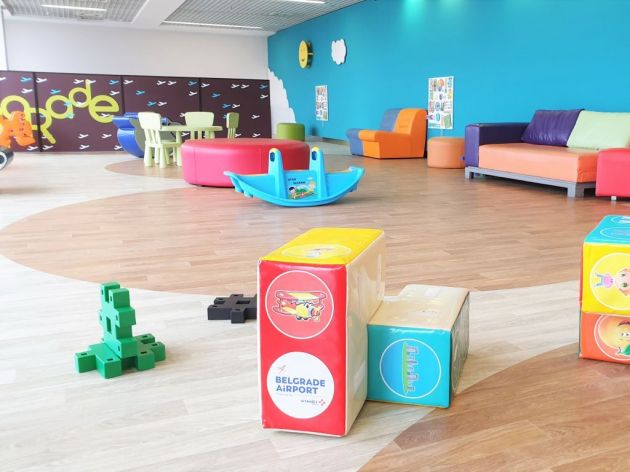 They add that the refreshened interior of this zone is equipped with modern lighting, modern furniture and a new flooring.

– The whole concept is designed so as to provide passengers with greater comfort and a quality offer and service, in line with the best practices of the parent company Vinci Airports – Belgrade Airport says.